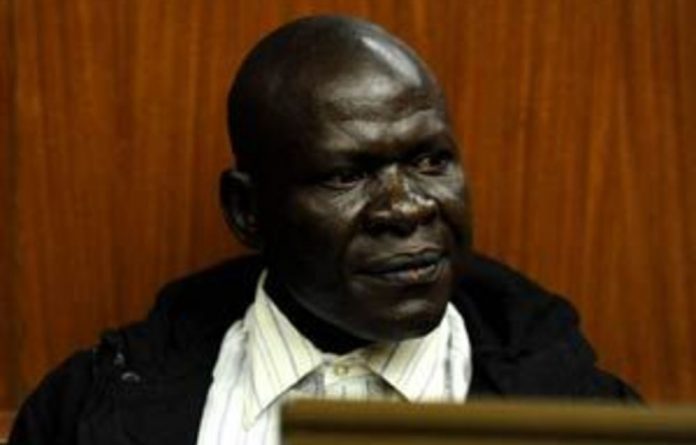 Jack Mogale because he lured, raped and killed women at a factory near his home, was found guilty in the Johannesburg High Court on Wednesday on 52 of 61 charges.

Judge Frans Kgomo found Mogale guilty of nine kidnappings, 19 rapes, 16 murders, an attempted murder, three robberies with aggravating circumstances, a fraud or theft, an assault with intent to cause grievous bodily harm, a sexual assault and an escape from lawful custody.

Mogale (42) had pleaded not guilty to all the charges. He continually testified that police, witnesses and his common-law wife Charlotte Manaka were conspiring against him. Kgomo dismissed this claim as “far-fetched” and “fallacious”.

Dubbed the “West-End serial killer” by police before his identity was discovered, Mogale lured women to open areas where he raped and murdered them.

The crimes were mainly committed at the West-End brick and clay factory near his home in Waterworks, Westonaria, and at various locations in Lenasia, south of Johannesburg.

He attacked and murdered 15 women and a child between March 2008 to March 2009. He was arrested when police were given his car registration number after a teenager went missing.

The only two women to have survived his attacks testified during his trial that when they met him for the first time he claimed to be a Zionist Christian Church preacher and a prophet.

Exorcise evil spirits
One woman was given a herbal “tea” for uterine problems. She said he put herbs into her vagina and said he needed to have sexual intercourse to exorcise evil spirits from her. He however said they were having an affair and the sex was consensual.

One woman said he gave her a lift, claimed to be prophesying over her, then took her to a veld where he attacked her. When she regained consciousness 24 hours later, her jaw had been dislocated and maggots were on her wounds.

Kgomo said the calm and sequential manner in which 41 state witnesses testified throughout the trial was key in building the prosecution.

“The accused [however] was not a very good witness … with his contradictions and new versions [of events] … at times he wanted to shift blame onto his defence counsel,” Kgomo said.

“I came to the conclusion that he was not telling the whole truth to the court.

“The accused did also not bring in witnesses to back up statements made during cross-examination by the state.”

The court’s judgment was assisted, to a large degree, by forensic analysis and expert advice from Professor Gerard Labuschagne, who headed the police’s investigative psychology unit.

Many of Mogale’s victims were unidentified but linked to him through Labuschagne’s investigations. Nearly all the crimes had a similar modus operandi, circumstance, victimology and location.

Most of Mogale’s victims were either strangled or killed with blunt force injury, and 14 were of a sexual nature, which Labuschagne, in his testimony, said was indicative of a serial killer.

The professor also concluded that all the cases were “undoubtedly by the same offender”, Kgomo said.

The court will hear pre-sentencing reports on Thursday. — Sapa