Arab women: the powers that be 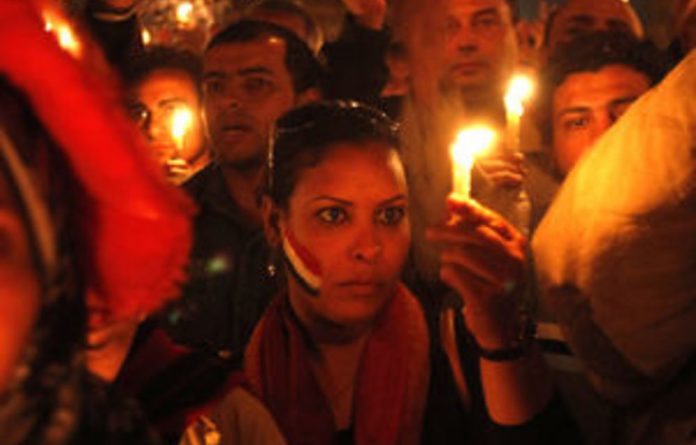 Saida Sadouni does not conform to the typical image of an Arab revolutionary. But this 77-year-old camped out in the bitter Tunisian cold for more than two weeks in front of the prime minister’s headquarters, leading the historic Kasbah picket that succeeded in forcing Mohamed Ghannouchi’s interim government out of office.

“I have resisted French occupation. I have resisted the dictatorships of Bourguiba and Ben Ali. I will not rest until our revolution meets its goals,” she told the thousands of fellow protesters who joined her. She is today widely hailed as the mother of Tunisia’s revolution, a living record of her country’s modern history and its struggle for emancipation.

Sadouni is one of many Arab women from older generations who have joined the revolutions in their countries after decades of political activism. But most women activists today tend to be in their 20s and 30s, highly politicised yet unaffiliated to any organised parties — young women such as Asma Mahfoudh, of Egypt’s April 6 movement. This 26-year-old’s interests had until recently been no different from those of any woman of her age. While surfing the net in 2008 she stumbled on calls for a general strike to demand an end to government corruption.

This initial encounter with protest “marked the beginning of a new chapter” in her life, as she puts it. Ever since, she has been an avid campaigner for change, joining a struggle that culminated in the ousting of Hosni Mubarak.

Even in ultraconservative Yemen demonstrations against the rule of President Ali Abdullah Saleh have been led by a charismatic young woman, Tawakul Karman. She has campaigned since 2007 to demand political reform. When she was arrested in January, the authorities were forced to release her following a wave of angry protests in Sana’a. What has inspired these women and thrust them into the heart of protest is the yearning for change and political freedom that is sweeping across the region.

The Arab revolutions are not only shaking the structure of despotism to the core, they are shattering many decades-long myths. Foremost among these is the perception of the Arab woman as powerless and enslaved, forced into a cage of silence and invisibility by her jailor society. That is not the type of woman that has emerged out of Tunisia and Egypt in the last few weeks.

Revolutions
Not only did women participate in the protest movements raging in those countries, they have also assumed leadership roles there. The virtual and real battlefields have been incubators of female leadership. Arab women have been proving themselves through continual action on the ground, rather than in endless polemics behind closed doors.

These revolutions have been characterised by the open politics of the street, through which leaders have been tested, matured and approved. The movements have grown organically from the bottom, unrestricted by party hierarchy, age or outdated gender roles. The open parliaments of Kasbah and Tahrir Square — where people met, communicated and expressed their political views freely — brought everyone closer together, promoting collective identity over divisions of class, ideology, gender, religion and sect.

Another stereotype being dismantled is the association of the Islamic headscarf with passivity, submissiveness and segregation. Surprising as this may be, many Arab women activists choose to wear the hijab. Yet they are no less confident, vocal or charismatic than their unveiled sisters.

This new model of home-grown women leaders represents a challenge to two narratives. The first of these, which is dominant in conservative Muslim circles, sentences women to a life of childbearing and rearing, lived out in the narrow confines of their homes at the mercy of fathers, brothers and husbands. It revolves around notions of sexual purity and family honour, and appeals to tradition and reductionist interpretations of religion for justification.

The other is espoused by Euro-American neoliberals, who view Arab and Muslim women through the narrow prism of the Taliban model: miserable objects of pity in need of their benevolent intervention — intellectual, political, even military — for deliverance from the dark cage of veiling to a promised garden of enlightenment and progress.

Arab women are rebelling against both narratives. They refuse to be treated with contempt, kept in isolation, or be taken by the hand, like a child, and led on the road to emancipation. They are taking charge of their own destinies, determined to liberate themselves as they liberate their societies from dictatorship. The emancipation they are shaping with their own hands is an authentic one defined by their own needs, choices and priorities.

There is, and will be, resistance to this process of emancipation, as recent attacks on female protesters at Tahrir Square indicate. But the dynamic unleashed by the revolution is irreversible. Those who have led the struggle to dismantle the old regimes will no doubt remain at the forefront in rebuilding the new order on its ruins. Tahrir and Kasbah Square are now embedded in the psyches of Arab women and have given voice to their long-silenced yearning for liberation. — Guardian News & Media 2011

Soumaya Ghannoushi is a researcher at the School of Oriental and African Studies, specialising in North Africa