The cost of a freeway 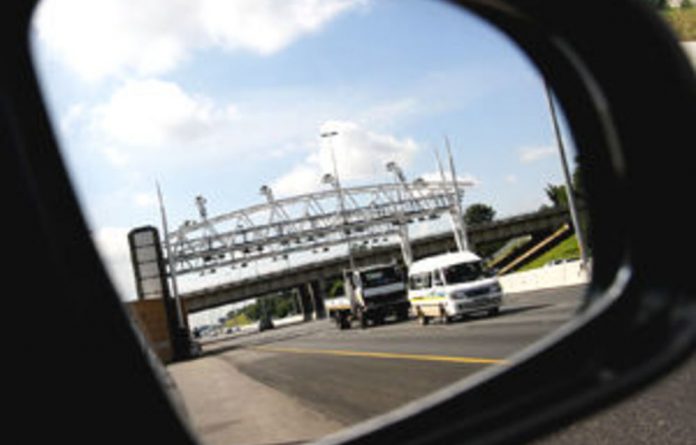 In 1996, a provincial government decision was taken to create urban toll roads within Gauteng.

There was an opportunity to raise objections in late 2007. “It was very low-key with regards to public awareness, looked at the entire Gauteng Freeway Improvement Project (GFIP) and didn’t show the true extent of cost per km,” says Gary Ronald, Head of Public Affairs from the Automobile Association (AA).

The electronic tolls were to be operational by the end of June 2011. However, a large public outcry has resulted in a task team investigating the toll fee structure and operational roll-out suspension. Why? Because, among other reasons, the gazetted toll fees were only released at the beginning of February 2011.

The Minister of Transport, Sibusiso Ndebele, announced on 8 March that the Gauteng Toll Steering Committee would be set up by 18 March to address all the concerns. This includes reviewing the current proposed tariff structure, funding options and measures to improve public transport.

Furthermore, the gazette on the proposed tariffs has been withdrawn “to allow for more thorough consultation”. While government representatives were announced, Ndebele said that other members of the steering committee will include representatives from organised business, organised labour, commuter organisations and other government and social structures. To date there has been no formal invitation or nomination process.

Ndebele noted that South African citizens can make written submissions to be considered by the steering committee. There was no mention of public hearings, however. “The toll fees will cause an economic slowdown,” says Gavin Kelly, Technical and Operations Manager at the Road Freight Association (RFA). “Our research showed a 1,2% effect on the Consumer Price Index.”

Along with other stakeholders, the RFA has commissioned further economic impact research. This should be out at the end of the month. While Kelly says there is no question that the road system had to be fixed and was congested, the issue is the rate the public is prepared to pay.

Misguided scheme
Patrick Craven, National Spokesperson for Cosatu, says the e-tolling project is a misguided scheme. “We are very much opposed to the tolling system. The scale of cost will add enormously to the cost of living and there will be a knock-on effect in the economy as so much is transported on the roads.”

He says that there is also an absence of remotely acceptable forms of public transport. “The reality is that the metro rail system is inefficient, unreliable and unsafe. The taxi system is unsafe and too disorganised. The Gautrain will cost a great deal thus serving few people, and bus services, although there have been improvements, don’t cater for enough areas. People will have to use secondary roads which will create congestion.”

Cosatu also deplores the lack of consultation and wants to see public meetings. “What is clear is that support goes far beyond our ranks as this issue has clearly touched a raw nerve,” says Craven.

The electronic toll system has already been built on 185km of Gauteng highway. It’s part of the Gauteng Freeway Improvement Project (GFIP) that is run by the South African National Roads Agency Ltd (Sanral) as project manager and fundraiser. There is currently R22-billion allocated for Gauteng road management projects from the beginning of this financial year to 2014, with R20-billion raised through bonds.

In a recent news briefing, Director General of the Department of Transport, George Mahlalela, noted that the first loan repayment is due in March next year. Nazir Alli, CEO of Sanral, has been reported saying that the loan repayments must be repaid within a specific time frame otherwise there will be hefty financial consequences.

“While toll roads are the easiest way for Sanral to repay the raised bonds, it should be paid out of the existing fuel tax which is currently at R1,67,” says Ronald. “Based on last year’s fuel sales, this will generate around R25-billion for the whole country. Part of Treasury’s job is to allocate money from the national fiscus for roads, so even if it’s R1,1-billion a year it will cover the repayments. There is no need for toll collection. Currently the money is going into a deep hole in the Treasury. We want to know where the money is going and where it is spent.”

Delay tactic
Ndebele’s announcement comes just before municipal elections with the steering committee’s report to be released by the end of April 2011 after the elections. There has been concern that the current consultation process is just a delay tactic. “There are a number of hypotheses around that,” says Kelly. “Firstly, the roads aren’t complete, so how can people be expected to pay? Secondly, elections are coming up and this issue has created political fall out.”

Open road toll systems involve no toll plazas. Instead vehicle owners use electronic tags linked to preloaded accounts or are sent bills. Like other tolling systems in South Africa, the revenue received from the Gauteng freeway tolling is to be ring fenced. In this case it means repayment of debt to complete the multi-phased GFIP as well as the maintenance and operation of the upgraded road network.

Vehicles are classified according to size with discounts for regular road users. In 2007, Sanral indicated that the toll fee would be around 50c/km for cars. The newly-released and now-suspended tariff structure is set at 66c/km (before discounts and registration). For registered road users, there are fees of 30c/km for motorcycles, 49,5c/km for cars, R1,49/km for medium-size vehicles and R2,97/km for heavy-duty vehicles.

Electronic Toll Collection (ETC), a joint venture between Austrian-based Kapsch (65%) and its SA partner Traffic Management Technologies (TMT) (35%), was awarded the R6,22-billion Gauteng toll road system contract. ETC has since indicated that the expected remuneration will be about R4,56-billion over eight years.

Current toll road companies, like TRAC and NPC3, use the concessionaire model and it works quite well, says Ronald. “Here the road is rented for 20-30 years which includes building and maintenance but these are tolls on long-distance routes. When you have an urban or peri-urban toll, it affects far more people although both use the user pays principle.

The N4, N1 and N3 has an average daily traffic of 15 000-20 000 vehicles and the tolls are not a daily cost. “Within the proposed Gauteng toll system, it’s a daily cost that affects secondary freight distribution. Long-distance trucks bring goods up to a depot, followed by secondary distribution via a number of trucks to different areas within Gauteng. It’s about frequency and volume. The Joburg-Pretoria route has around 180 000 vehicles a day and the km rate is much higher.”

There have been media reports showing concern that a foreign company is managing the tolling system. Both Ronald and Kelly say it was odd that the usual government procurement policy wasn’t followed, including BBBEE status, as this was the route with the other toll companies. Cosatu’s Craven says: “We are angry, but not because it’s a foreign company. No-one should make a fortune from what should be a public service. We want total transparency on that.”

Another concern has been the lack of impact studies. “The RFA asked for them but when we contacted the individuals who were supposed to have done them, they said they hadn’t and it wasn’t in their brief,” says Kelly.

Ronald says that the rest of the country shouldn’t sit back. If this model is accepted in Gauteng, a precedent will have been set. Craven says that Cosatu will organise demonstrations and take out a section 77 to allow for strike action. When Sanral was contacted, M&G was told that there would be no comment until the current consultation has been completed.