Will Prince William name new iris after his English rose? 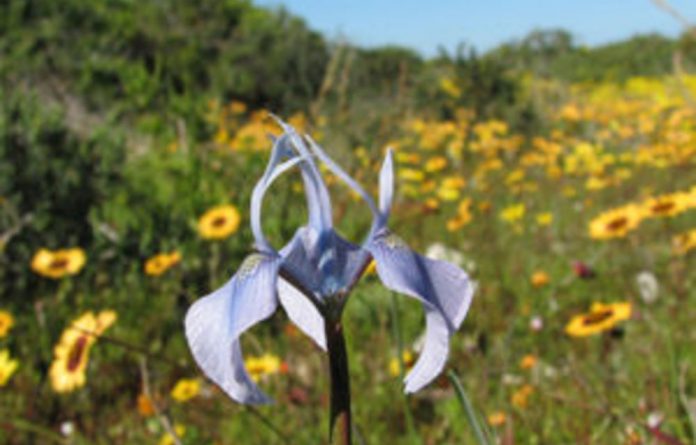 Someone out there is determined to buy botanical immortality: the online charity auction for the right to name South Africa’s most recently discovered flower species has already drawn a bid of R60 000.

And according to Amy Goldblatt, fundraiser for the World Wildlife Fund (WWF), other potential bidders may be waiting to make their move nearer the closing date of March 31.

The naming auction for the tiny blue iris, found on a farm at Jacobsbaai on the Saldanha peninsula, 140km north of Cape Town, will culminate in a black-tie dinner at Cape Town’s Mount Nelson Hotel, at which phone lines will be provided for bidders to call in on the night.

Goldblatt would not reveal the name of the current frontrunner or say how much the WWF hoped to raise. But she already has in mind a favoured highest bidder.

“We can’t sell the rights to an oil or gas company — that would be against WWF rules,” she said. “But this would be a beautiful gift from Prince William to Kate Middleton.”

The proceeds will go towards the WWF’s goal of restoring and conserving the Cape’s natural landscapes. “This iris was already endangered when it was found,” Goldblatt said. “Some species, like this one, have a tiny radius. If you plough a field the size of a rugby pitch, they can be gone from the planet forever.”

Koos Claasens spotted the pale blue flower when he bought his farm in 1995. “It only flowers for two weeks in September and it’s well hidden by the daisies,” he said.

“When I saw it I didn’t realise it was undiscovered. Then a PhD student came here to do a species count. We squared off an area 10m by 10m and found 91 different species. The student made inquiries and confirmed that the iris is new.”

Claasens’s Atlantic-facing farmland has been identified by the Table Mountain Fund as one of the 28 “corridors” to protect from the ravages of climate change and real-estate development. The R6billion campaign aims to purchase land or finance stewardship schemes with landowners.