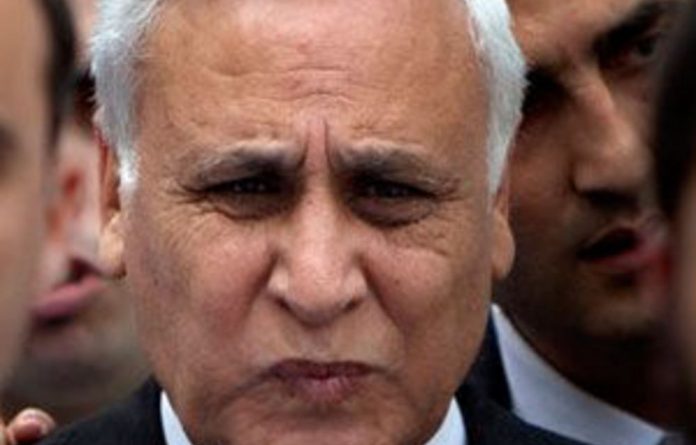 Former Israel president Moshe Katsav was on Tuesday sentenced to seven years behind bars after being convicted on charges of rape and other sexual assault offences, Israeli media said.

The judges also handed the disgraced former president a two-year suspended sentence and ordered him to pay compensation of 100 000 shekels ($28 000) to the main victim, known only as “Aleph”.

The sentence was approved by two of the three judges at the Tel Aviv district court, which was presided over by Judge George Kara.

Katsav was convicted in December of rape, sexual harassment, indecent acts and obstruction of justice following a four-year scandal that shocked the Jewish state.

As he arrived, hundreds of journalists packed around the entrance of the Tel Aviv court to catch a glimpse of Katsav, who has proclaimed his innocence throughout the proceedings.

As the sentence was read out, one of his sons approached the dock to hug his father, who could be heard telling him: “Don’t get excited, they are wrong.”

He then began shouting at the judges, telling them: “You are wrong! It’s a victory for lies!” and “They know they lied!” in an apparent address to the women he assaulted.

The sentence was approved by two of the three judges, with the third pushing for a jail term of four-and-a-half years.

Reading out the sentence, Kara said: “The crime of rape harms and destroys a person’s soul … Due to the severity of the crime, the punishment must be clear and precise,” various media reports said.

“The defendant committed the crime and like every other person, he must bear the consequences. No man is above the law.”

The former head of state was accused of twice raping “Aleph” during his term as tourism minister, and sexually assaulting and harassing two other women while he was president.

Katsav initially accepted a plea agreement that would have seen him admit the lesser accusations and pay a fine in exchange for prosecutors dropping the rape charges, but later changed his mind, voiding the deal and saying he wanted to clear his name in court.

He was forced to resign as president, handing the largely ceremonial office to former rival Shimon Peres. Katsav accused his victims of attempting to blackmail him and charged that he was the victim of “a lynching” by prosecutors and the media.

The prosecution had called for a lengthy jail term, highlighting the serious nature of the crimes, the damage inflicted on the victims and the shame he brought on the presidential office.

However, his lawyers asked that he be spared prison time.

He now has 45 days in which to appeal the sentence. — AFP