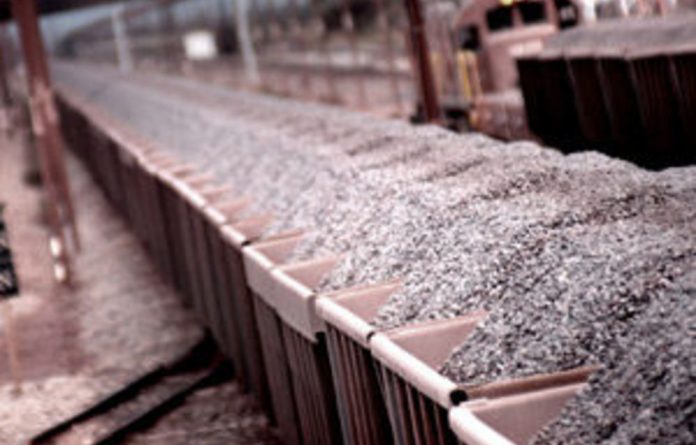 There was a kerfuffle this week surrounding Enoch Godongwana, who heads the ANC’s economic transformation committee, when it was reported that he favoured the introduction of an Aussie-style resources tax in South Africa.

ANC supremo Gwede Mantashe later clarified things, saying no such proposal is on the table and the national executive committee had not supported the introduction of such a tax.

But it is understood that a resources tax is indeed under consideration by the task team that is investigating state intervention ahead of the ANC’s policy conference in June next year. The team has been tasked with investigating how different countries around the world manage mining policy.

A resource rent tax (RRT), to give its full name, could generate even more heated discussion than the nationalisation debate. Critics were quick to reject a tax on resource profits this week, saying it was unfair to investors, retroactive, introducing market uncertainty, replicating an existing royalties tax and adding to an already high tax burden.

They noted that the attempt to introduce such a tax in Australia led to Kevin Rudd’s downfall as prime minister. The mining industry reportedly spent A$20-million in advertising attacking Rudd’s super tax. His successor, Julia Gillard, has introduced a watered-down version. In the case of BHP Billiton, its current effective rate of 43% will reportedly rise to 45% thanks to Gillard, compared with Rudd’s 57%.

At the heart of the controversy over resource taxes is a clash of world view. A strident body of opinion sees these taxes as interference in the normal risk-reward process. Since you take the risk, you should benefit if the project turns out well.

Commodity prices
The alternative view sees resource taxes as a mechanism for the state to participate in windfalls or unexpected profits, such as those associated with the continuing boom in commodity prices. The idea is that these taxes on non-renewable resources can be used to help reduce taxes on higher-value add sectors such as manufacturing and renewable economic sectors. It helps diversify the reliance of an economy away from its resource-rich heritage.

RRT does not replace other taxes such as company tax. It is over and above all other taxes. It kicks in only when a certain level of profitability has been reached after the capital costs of establishing the mining project have been paid off. It can be linked to the government’s long-term cost of borrowing with a premium placed on top of this. So, if the long bond rate is 8%, the trigger may be established at say 500 basis points above this at 13%. Once this level of return on investment is achieved, RRT kicks in as an additional tax.

In the Rudd case it was to be 40% of free cash flow. Gillard has brought it down to 30%. In the South African case an RRT supporter tells me 50% would be an appropriate split between state and mining houses. To free marketers, RRT seems to be opportunistic and nutty, but it is grounded in economic theory stretching back to David Ricardo and has been implemented by a number of resource-rich countries globally. A dozen countries, including Canada, Australia, Ghana, Namibia, Tanzania, Russia, Angola, Madagascar and Malawi, have versions of resource rent taxes in operation.

Resource taxes in various forms have applied in the oil and gas industry as the norm for many years now. The introduction of the tax in Australia was supported by the International Monetary Fund as a step in the right direction in that it is intended to lower other taxes, specifically company taxes.

The RRT supporter says that the tax is an attempt to share the benefits of the resource between the owner, the state and the concessionaire, the company developing and running the mine. In the case of oil, he says, this can mean that costs at the well head are $5 a barrel, while the current oil price is in excess of $100.

In Qatar’s case, he says, anything over and above a 30% return on investment is shared on a 90-10 basis between state and concessionaire, where the state gets nine barrels for every one that goes to the investor. In South Africa iron ore producer Kumba has been criticised by mineral resources director general Sandile Nogxina for its high level of profitability. Kumba has costs of about R100 a tonne compared with an international ore price of about $100 a tonne.

Profit share
Last year it reported free cash flow of R27-billion on sales of R35,8-billion. It paid royalty tax of R1,4-billion and tax of R7-billion. An RRT would share the rest — R16,6-billion — between state and investor in terms of whatever profit share has been set.

The World Bank’s Bryan Land, in a paper on RRT, says resources taxation is a vexed issue in many resource-rich countries, with disappointment at the share of profit received by host governments closely associated with resurgent resource nationalism. “Recent experience of boom and bust in commodity markets has demonstrated how many resource tax systems respond weakly to changes in the economic environment. Experience suggests that a balanced tax system would provide the host government with reasonably predictable revenue streams throughout mineral production, but generate additional revenue linked to profit,” says Land.

“The sharing of profit should be sufficiently flexible to reduce the temptation for future governments to change terms, while preserving returns that compensate the investor adequately for capital employed and associated risks.” Whether RRT is the best available instrument depends on an assessment of the revenue that can potentially be raised through it and the revenue-management challenges and administrative costs associated with its use, he says.

“Under RRT, the potential for revenue maximisation is quite high and is combined with relatively limited distortion compared with other progressive taxes.” Land says that RRT can present administrative challenges to government revenue agencies.

Past experience has shown limited enthusiasm for RRT among host governments, even more so in the mining sector than in the petroleum sector, says Land. “The prolonged slump in the mineral sector in the 1980s and 1990s reduced expectation of profit in the mining sector. This need not preclude consideration of the use of RRT in mining, in high rent potential situations. In this regard its application to world-class deposits, particularly those of strategic minerals, might be considered appropriate.”

Last week Fikile Ntshangase was gunned down as activists fight mining company Tendele’s expansions. Community members tell the M&G about the ‘kill lists’ and the dread they live with every day
Read more
Business

More than 11 800MW of new electricity capacity from independent power producers will come online in 2022, giving Eskom space to do more maintenance on its unreliable infrastructure
Read more
Environment

Board members have quit the gas company, accusing the Central Energy Fund of poor governance, and the energy minister of overreach
Read more
Coronavirus

Senior South African politicians have not been spared the coronavirus. What happens if the head of state is not well enough to be at his desk?
Read more
Advertising