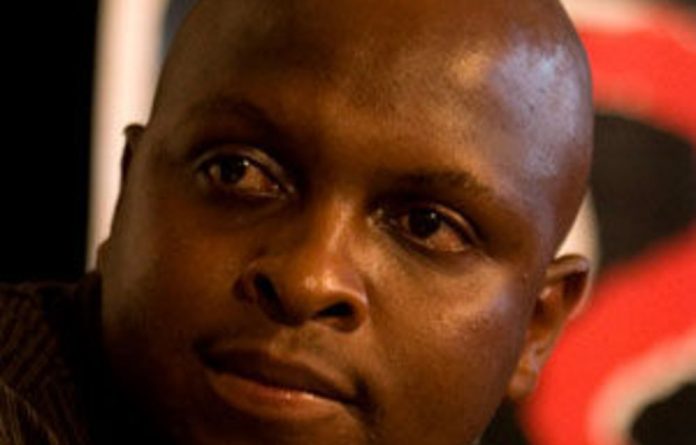 A hate speech case against African National Congress Youth League spokesperson Floyd Shivambu was postponed by the Equality Court in Johannesburg on Tuesday.

Journalist Carien du Plessis, from Independent Newspapers, is suing Shivambu for R100 000 for allegedly calling her “stupid” and a “white bitch”, according to court papers.

The matter was postponed after a request from Shivambu’s legal team.

Attorney Andries Nkome said he had not received all the pages of the documents filed by the applicant’s legal team.

Shivambu was served with the papers on February 8 and his legal team had to date not replied to the allegations.

Magistrate Oriel Vele, in his ruling granting the postponement, said it was unclear what steps were taken to obtain the missing pages.

He said Shivambu’s attorneys were not “prudent” in dealing with the matter but their “sins” should not be visited on their client.

“It will be in the interests of justice to allow him [Shivambu] a voice on the matter,” Vele said.

The court, however, expressed “utter disappointment” in the conduct of “the respondent and, or his attorney”.

“People should learn to treat court proceedings with the respect they deserve,” Vele said.

Shivambu was ordered to file a response to the allegations by April 13.

Code of conduct
Nkome had earlier asked Vele to hold the court hearings in camera. He charged that “parties” had “called” journalists “sympathetic to their cause” and the reporting on the matter would be “sympathetic” to those parties.

The magistrate replied: “I don’t see how one can bar journalists from these proceedings.”

The reasons put forward were not good enough to bar anyone from the court proceedings, Vele said.

He said there was a code of conduct journalists were held to that compelled them to report objectively.

“I would not be happy to see things in the paper which did not transpire in these proceedings,” he said.

The court had not set down a postponement date.

Du Plessis alleged that in an SMS exchange between herself and Shivambu, he wrote: “You must learn to respect people. I don’t comment on YCL [Young Communist League] issues and please stop being stupid.”

He also wrote: “I wouldn’t want to earn respect from white bitches … so dream on.”

According to the court papers, his reference to Du Plessis as “stupid” and as a “white bitch” constituted “prohibited hate speech within the meaning of section 10 of the Promotion of Equality and Prevention of Unfair Discrimination Act 4 of 2000”.

The words were “construed to demonstrate clear intent” to be “hurtful”, “harmful” or “incite harm” and to “promote or propagate hatred”.

“The plaintiff was humiliated and degraded by the aforesaid words and suffered damages as a result thereof in the sum of R100 000 in respect of impairment of her personality and right to human dignity”.

Du Plessis wants an order declaring that the labels allegedly applied to her by Shivambu constituted hate speech, an order requiring him to issue an unconditional written apology, payment of R100 000 damages and the costs of the suit.