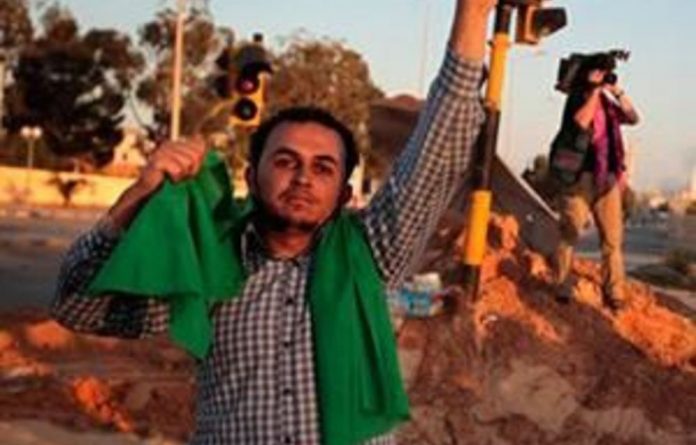 World powers were meeting in London on Tuesday seeking to plot out an endgame for Muammar Gaddafi’s tottering regime and to strike agreement on plans for Libya’s future.

United Nations Secretary General Ban Ki-Moon, United States Secretary of State Hillary Clinton, the Arab League and as many as 40 global foreign ministers were joining the talks — seeking to ratchet up pressure on Gaddafi to quit.

Italy’s Foreign Minister Franco Frattini said several nations planned to table a joint deal aimed at swiftly ending the conflict, setting out proposals for a cease-fire, exile for Gaddafi and a framework for talks on Libya’s future between tribal leaders and opposition figures.

Britain and the United States signalled ahead of the talks that they could accept a plan under which Gaddafi quickly leaves Libya and in return escapes a war crimes trial, despite a previous insistence that he must face the International Criminal Court.

“There are some African countries that could offer him hospitality. I hope that the African Union can come up with a valid proposal,” Frattini said on Monday.

Turkey, which has offered to attempt to mediate a permanent ceasefire, also said the talks would gauge international support for scenarios under which Gaddafi could quit — including whether he could appoint another regime figure in his place.

Britain’s ambassador to the US, Nigel Sheinwald, said Libyan opposition envoy Mahmoud Jibril would meet on Tuesday with ministers and officials in London, but won’t attend the main conference. Jibril was also holding separate talks with Clinton.

“We need to work with him and others to help the opposition in their efforts,” Sheinwald told MSNBC television.

The leaders said that the transitional council and “civil society leaders, as well as all those prepared to join the process of transition to democracy”, should begin work to decide how Libya moves toward democratic elections. They said Gaddafi loyalists were facing a final chance to ditch support for the dictator and side with those seeking political reform.

Sarkozy and Cameron discussed the meeting late on Monday in a video conference with President Barack Obama and German Chancellor Angela Merkel.

In a speech on Monday night at the National Defence University at Fort McNair, Obama said the London talks would decide on what political effort would be needed — alongside military action — to increase pressure on Gaddafi.

“While our military mission is narrowly focused on saving lives, we continue to pursue the broader goal of a Libya that belongs not to a dictator, but to its people,” Obama said.

‘Judge this man by his actions, not by his words’
Cameron predicted Gaddafi would probably attempt to derail discussions by announcing a new ceasefire in the hours before the talks open, but said the international community would treat such a claim with “heavy skepticism”.

“We have got to judge this man by his actions, not by his words,” Cameron told the House of Commons on Monday.

The meeting — which will also be attended by Nato secretary general Anders Fogh Rasmussen — was also expected to discuss disputes over the scope of Nato-led coalition airstrikes, and to more clearly define the extent of cooperation between Libya’s rebel groups and international military commanders.

Russian foreign minister Sergey Lavrov — who will not attend the talks — has said the international air campaign which began March 19 has breached the terms of the UN resolution which authorised the enforcement of a no-fly zone over Libya.

Cameron insisted that the coalition had not gone beyond its remit, but acknowledged the impact had been to force Gaddafi’s military into a retreat from a number of key towns.

“We should do everything we can to protect people and actually — as a result — that is actually driving back the Gaddafi regime,” Cameron said.

Sarkozy and Cameron said in their joint statement that the military action would end only when civilians were free from the threat of attack.

“We have moved quickly and decisively over the last week and we will stick to our task,” Cameron told lawmakers. – Sapa-AP