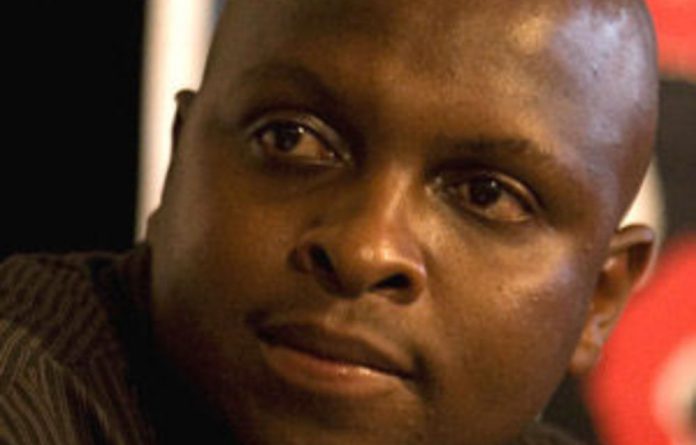 When BBC journalist Jonah Fisher was kicked out of a press briefing in April 2010 by ANC Youth League head Julius Malema — who called the journalist a “bastard”, “small boy” and a “bloody agent”, accusing him of having that “white tendency” — the world was aghast. But local political journalists were hardly surprised.

Many of them have had run-ins with the ANCYL, especially the league’s media man, Floyd Shivambu. Eyewitness News correspondent and The Daily Maverick writer Stephen Grootes has been called a “white racist” by Shivambu, while Saturday Star reporter Kashiefa Ajam, who is a Muslim and doesn’t touch alcohol, was called a “drunkard journalist”.

In the same statement about Ajam, Shivambu accused the editorial team of the paper of “consuming lots of alcohol and forgetting to contact the ANCYL”, adding that they used “the name of the ANC Youth League to promote alcohol through spreading of disgusting lies in their lousy newspaper”.

The suspension related to Shivambu calling Jeremy Cronin, the deputy general secretary of the South African Communist Party, a racist. Exposing the logic that motivated his attack the vitriolic spin doctor told the SABC: “Comrade Jeremy Cronin, who we hold in high regard, does not seem to respect the views expressed by African comrades. For instance, when the ANCYL released a perspective on nationalisation of mines — the response that he gave was to no effect. That is what most racists do.”

When Du Plessis called the league for comment it referred her to Shivambu. But he wasn’t picking up his mobile phone, so she sent a text message. Instead of simply offering a “no comment”, Shivambu engaged the journalist in a series of back-and-forth text messages, which ultimately led to the two text messages from Shivambu that have caused the trouble.

The first read: “You must learn to respect people. I don’t communicate YCL [Young Communist League] issues and please stop being stupid.” The second said: “I wouldn’t want to earn respect from white bitches— So dream on.” After hearing about the texts Du Plessis’s newspaper had its attorneys, Webber Wentzel, draw up a letter to Shivambu demanding an apology. The letter was ignored.

Equality Court
The lawyers took the matter to the Equality Court, serving papers on Shivambu’s lawyers. Again there was no response. The matter went to the Equality Court for a directions hearing, which is held to decide how the case will proceed. According to Webber Wentzel associate Okyerebea Ampofo-Anti, who appeared for Du Plessis, Shivambu’s attorney Andries Nkome arrived in court to request a postponement, which the magistrate said would be granted if Shivambu paid costs. Nkome phoned his client, who was absent from the proceedings, but rushed to court when he heard he’d have to cough up.

“In the Equality Court the clerk of the court delivers the papers personally, so the court didn’t want to hear Nkome’s excuses,” said Ampofo-Anti. “In the end Shivambu was made to pay punitive costs and the magistrate was quite cross with him.”

Punitive costs were awarded because it was deemed that Shivambu and his lawyer, Nkome, had disrespected the court. The punitive damages have yet to be set. But the real drama in the case unfolded with an outlandish request from Shivambu’s lawyer in the middle of the proceedings.

A South African Press Association journalist was seated behind Du Plessis and her legal team and when Shivambu cottoned on to the fact the media was present he sought to have proceedings heard in camera.

“It was a bizarre request,” Ampofo-Anti said. “A Sapa journalist had been sitting in court unobtrusively and quietly. Suddenly, in the middle of the proceedings, they wanted to make an application for all journalists to be barred from future proceedings on the basis that journalists twist everything that happens in court and because the journalist was sitting behind our team and was thus seen to be biased.”

The judge told Shivambu to take any complaints he might have about the media to the relevant authorities and dismissed the application because there was no compelling reason to consider it.

When the Mail & Guardian phoned Nkome for comment Shivambu’s lawyer was firm but polite. He said the matter was sub judice and therefore, he couldn’t comment. Shivambu was less courteous.

Then he put the phone down.

Shortly after relaying the exchange on Twitter, this journalist was sent an email from a political reporter that read: “I see on Twitter that you’re now part of the club. Welcome!”

If you’re a political journalist in South Africa who engages the ANCYL, it appears taking abuse comes with the territory.