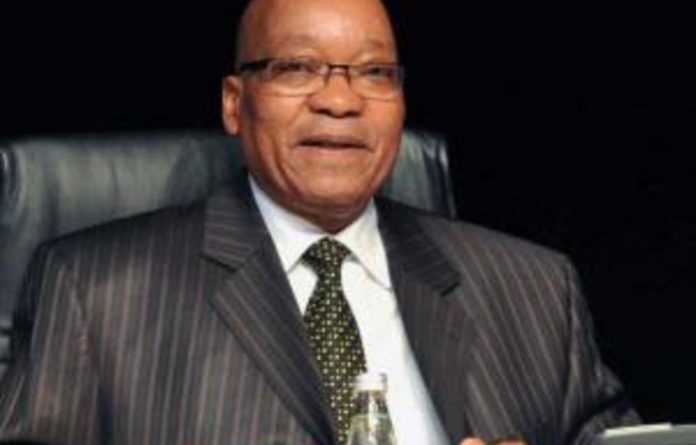 Public servants are not doing any favours to South Africans as they are providing services citizens are entitled to, President Jacob Zuma said on Tuesday.

“At times public servants think that they are doing members of the public a favour, when in fact they are providing services that citizens are entitled to,” he said at a Nursing Summit in Sandton.

“The Constitution of the republic states that everyone has the right to have access to healthcare services … It is their right and not a privilege that can be taken away by government, public servants or any other institution in society.”

Nurses, historically, were important people in South Africa — they were “exemplary”, said Zuma.

“Even if you were walking in the township and you see a home, just a stoep, you say a nurse lives here.

“They were clean … absolutely wonderful.”

“This profession has always been put up there, respected. This is a profession we believe needs to be brought back to that status.

“The health of the nation is in your hands,” Zuma said.

He described the summit as a “moment of renewal”.

“The era of the rude, uncaring and impatient civil servant or nurse must be a thing of the past as we build a caring government and a caring society,” he said, ensuring that his warning was heard by his audience by repeating himself.

“Citizens should not be treated as if they are a burden or a nuisance by staff that is employed to serve them.”

Public servants had to change the way they worked to improve service delivery.

“There is something I don’t like in government. The manner in which the government does things. They are very slow,” he said.

Many have said this was due to “bureaucracy”.

“We want to change government … we want to do things differently.”

They “even become very pompous”, he said, of those working in government.

The government wanted to change that culture, to “behave differently”.

“We are here today, formally, to bring that message to the country’s nurses.” – Sapa

While nurses bear the brunt of the most psychologically affected of health workers, most are concerned about access to protective supplies
Read more
Coronavirus

Staff at Tygerberg hospital detail how, despite their fear of the coronavirus, they continue to help in the medical response to the pandemic
Read more
Africa

The doctor who gave her life to stop Ebola in Nigeria

When Ebola first hit Lagos, Dr Ameyo Adadevoh knew something was seriously wrong, so she did something about it
Read more
Advertising
Continue to the category
Politics