Hunt is on for remains of possible Mona Lisa model 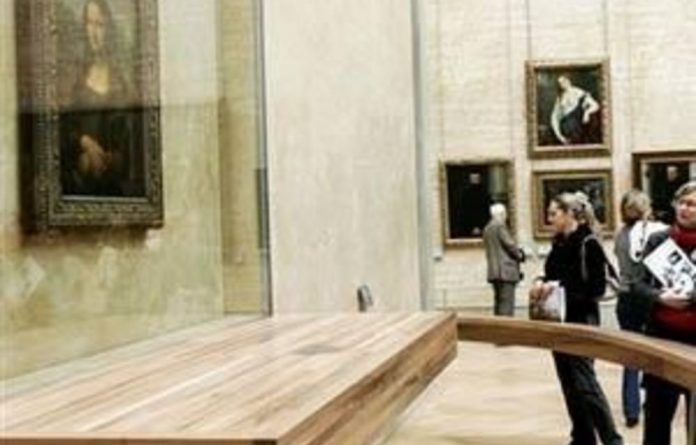 Italian researchers said on Tuesday they will dig up bones in a Florence convent to try to identify the remains of a Renaissance woman long believed to be the model for the “Mona Lisa”.

If successful, the research might help ascertain the identity of the woman depicted in Leonardo da Vinci’s masterpiece — a mystery that has puzzled scholars and art lovers for centuries and generated countless theories.

The project launched on Tuesday aims to locate the remains of Lisa Gherardini, the wife of a rich silk merchant named Francesco del Giocondo.

Tradition has long linked Gherardini to the painting, which is known in Italian as “La Gioconda” and in French as “La Joconde”. Giorgio Vasari, a 16th-century artist and biographer of Leonardo, wrote that da Vinci painted a portrait of del Giocondo’s wife.

Gherardini was born in 1479. A few years ago, an amateur Italian historian said he had found a death certificate showing she died on July 15, 1542, with her final resting place being the Convent of St Ursula in central Florence.

That’s where the digging will begin later his month, said Silvano Vinceti, an art historian and the project leader.

Vinceti also cited documents showing that the Giocondo family made generous donations to the convent, and said Giocondo’s will arranged for his wife’s remains to be kept in the convent.

The project falls within a current trend of employing CSI-like methods in art history, for example to find out about an artist’s technique, discover details hidden in a painting or even learn about an artist’s life or death. The group led by Vinceti has already reconstructed the faces of some Italian artists on the basis of their skulls, and last year it said it had identified the bones of Caravaggio and discovered a possible cause of death, 400 years after the artist died in mysterious circumstances.

Scientific techniques
Such researches have drawn criticism, with some experts expressing doubt that analyses on centuries-old bones can be conclusive. Other scholars say such scientific techniques have little to add when it comes to appreciating or understanding a work of art.

The “Mona Lisa” project uses some of the same techniques applied to the Caravaggio investigation.

First, the researchers will use ground-penetration radar to search for hidden tombs inside the convent. Then, they will search the bones to identify ones that are compatible with Gherardini’s — bones that belonged to a woman who died in her 60s in the period in question. The group will also look for specific characteristics such as traces of possible diseases or bone structure to match what is known of Gherardini’s life.

If such bones are identified, the researchers will conduct carbon dating and extract DNA, which will be compared to that extracted from the bones of Gherardini’s children, some of whom are buried in a basilica also in Florence.

Finally, if skull fragments are found, depending on how well-preserved they are, the group might attempt a facial reconstruction. This step will be crucial to ascertain whether Gherardini was indeed the model for the “Mona Lisa” and thus the owner of that famous smile.

Vinceti has been studying the “Mona Lisa” for months. He claims to have found symbols hidden in the painting, which is kept at the Louvre Museum in Paris, and recently suggested that a male apprentice, longtime companion and possible lover of Leonardo was the main influence for the “Mona Lisa”. — Sapa-AP

Alessandra Rizzo
Alessandra Rizzo works from London. Chief sub-Editor @SkyNews in London. I tweet about Brexit and all things UK, and keep an eye on Italy. Formerly of the AP and Reuters. Usual disclaimers apply Alessandra Rizzo has over 503 followers on Twitter.
Facebook
Twitter
WhatsApp
Linkedin
Email
Telegram

An international edu-exhibition about the work and achievements of Mona Lisa painter Leonardo da Vinci both impresses and disappoints.
Read more
Education

The works of Leonardo da Vinci and other artists laid the foundations for the study of anatomy.
Read more
Friday

Researchers say they have found evidence that a lost fresco by Leonardo da Vinci is painted on a hidden wall in a cavity in the town hall in Florence.
Read more
Friday