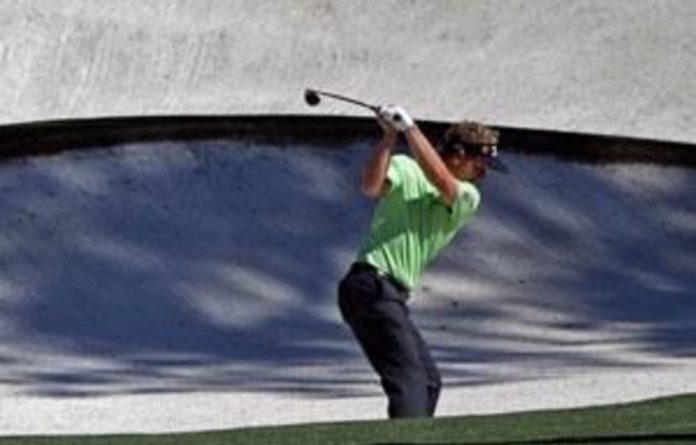 England’s Luke Donald risked the Masters curse by capturing the Par 3 Contest on Wednesday at Augusta National Golf Club, something no player has done and then won that year’s Masters title.

No player has won the Par 3 Contest and the Masters in the same year since the short-course event began in 1960, so according to the jinx he will not be able to live up to top-ranked Martin Kaymer’s praise as his pick to win Sunday.

“I’m playing as good as I ever have coming into this championship,” Donald said before his par-3 victory. “I think I’ve got a good chance. I think I know what I need to know to be successful. I’m ready to go.”

The Englishman’s victory snapped a three-year run of South African winners in the Par 3 Contest event that included Rory Sabbatini in 2008, Tim Clark in 2009 and Louis Oosthuizen last year.

While Oosthuizen went on to miss the cut at the Masters last year, he took his first Major title three months later, capturing the British Open at St Andrews.

Northern Ireland’s Rory McIlroy, who played the 1 060-yard layout at par, said he does not believe in the curse.

“Not really. Luke Donald … has a very good chance to win this week,” McIlroy said. “It hasn’t been done before, but I wouldn’t be surprised if it didn’t happen soon.”

Relaxed atmosphere
In a relaxed atmosphere, current stars and elder legends laughed and joked with each other and spectators, some even having family members serve as caddies and take some shots for them.

“It’s entertainment before the seriousness of the following four days,” Augusta National chairperson Billy Payne said. “[Players] like it because they can showcase their kids, their kids like it, and it’s fun.”

American DA Points had his mother serve as his caddie rather than comedian Bill Murray, who joked he might get the job after Points helped him take a long-sought Pebble Beach Pro-Am crown earlier this year.

Points won the PGA event to book his date at the Masters, where Murray was among the Monday practice spectators.

US tennis star Andy Roddick served as Par 3 Contest caddie for 2007 Masters champion Zach Johnson. The two have mutual friends but met at Augusta National on Roddick’s first visit to the famed golf venue, which he compared to Wimbledon for its traditions and atmosphere.

“I see a lot of similarities between the two,” Roddick said. “Places rarely live up to the hype. This place surpasses it.”

Tiger Woods, a 14-time Major champion, did not play in the Par 3 Contest. Nor did reigning US Open champion Graeme McDowell, who will be a playing partner of Woods the first two days.