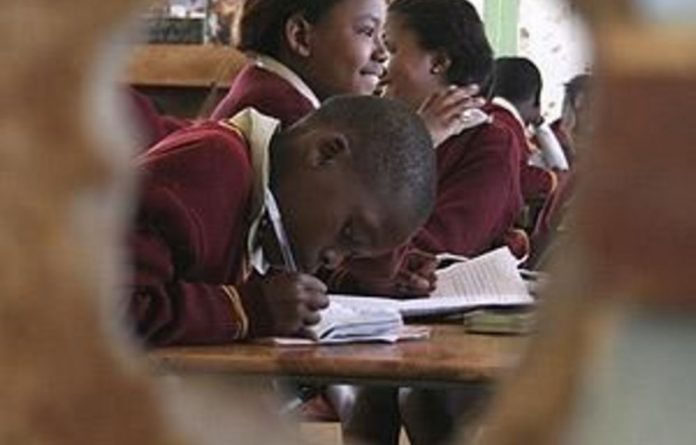 The state of education in South Africa is of nationwide concern — and so it should be. When almost 80% of grade five learners are judged to be at “serious risk of not learning to read”, as measured by international benchmarks, it is not an overstatement to say that South African education is in crisis.

This crisis takes on a moral dimension when one considers that, by the age of eight, the poorest 80% of learners face a substantial learning deficit. In other words, by an early age there are already stark distinctions between the prospects of children from poorer communities and those from more affluent ones.

In the past 18 months we have been privileged to participate in a research project involving 10 other researchers. The culmination of this research was a report, Low Quality Education as a Poverty Trap, which we released at a policy workshop last week.

The aim of the research was to shed new light on the link between education and labour market outcomes in the country. It highlighted how greatly opportunities in the labour market depend on the quality of education received and that, largely, good quality education is not available to the poor, thus limiting their chances in life. The research, therefore, suggests that interventions such as affirmative action in the labour market are dealing with the issue at the wrong stage and can only reduce labour market efficiency: the issue must be dealt with at school level.

SA in international context
Few outside of policy circles are aware of the extent of the underperformance of South Africa’s education system. Three recent international tests the country participated in provide some external evidence.

But even without such a comparison, the fact that 78% of students did not reach the low international benchmark in Pirls, and thus in grade five were still at serious risk of not learning how to read properly, is disconcerting.

It is tempting to blame poverty for our weak educational performance. But the evidence seems to suggest otherwise. Even if one compares South Africa with mainly low-income countries in Africa, we still perform poorly.

In tests conducted in 15 sub-Saharan African countries in 2007 by the Southern and Eastern Africa Consortium for Monitoring Educational Quality (Sacmeq), South Africa ranks 10th out of 15 for grade six reading and eighth for grade six maths — behind countries such as Tanzania, Kenya, Swaziland and Zimbabwe — even though South Africa has fewer pupils per teacher, better access to resources and more qualified teachers than these countries. This is an enigma. The problem does not seem to be a scarcity of resources and, consequently, additional resources are likely to have only limited success.

Privilege and poverty
The cognitive performance of South African children is highly unequal. Analysis of the national school effectiveness study conducted by the Joint Education Trust revealed that by the age of eight the poorest 80% of learners were already considerably behind the richest 20% in terms of performance on the same tests. The study took place over three years, starting in 2007 and tracking children in grade 3 all the way to grade 5 in 2009.

Put differently, a poor rural child in South Africa would have a better chance of performing well in a school in similar circumstances in Lesotho, Namibia or Uganda, countries much worse off than South Africa.

Performance in poor schools
The enduring problems with school quality in the bulk of the education system constrain the ability to provide a pathway out of poverty for poor children. Such children frequently attend schools with a lack of discipline, weak management and similarly weak teaching. This relationship between poverty and low-quality tuition is reinforced through several social mechanisms, including the influence of parents and peers.

In analysing the above-mentioned data sets, we found that some issues kept reappearing as important hindrances to school performance:

Where to from here?
The fact that South African schools perform worse than those in many low-income African countries should be alarming to parents and policy-makers alike. Improving teaching, coverage of the curriculum and assessment should yield large, long-term benefits.

However, to ensure these improvements inside the classroom actually occur, better management, more information to stakeholders and greater accountability are needed. That is why the introduction of the annual national assessment and more tightly specified curriculum documents that tell teachers what work they should cover in what time frame are both good ideas for schools that are not functioning well currently.

Servaas van der Berg is professor of economics and national research chair in the economics of social policy in the department of economics at the University of Stellenbosch. Nicholas Spaull is a researcher in the Social Policy Research Group in the same department. The study on which they here report was undertaken with the financial support of the Programme to Support Pro-Poor Policy Development, a partnership between the presidency and the European Union. The views expressed here are their own. The results of the study are available at www.ekon.sun.ac.za