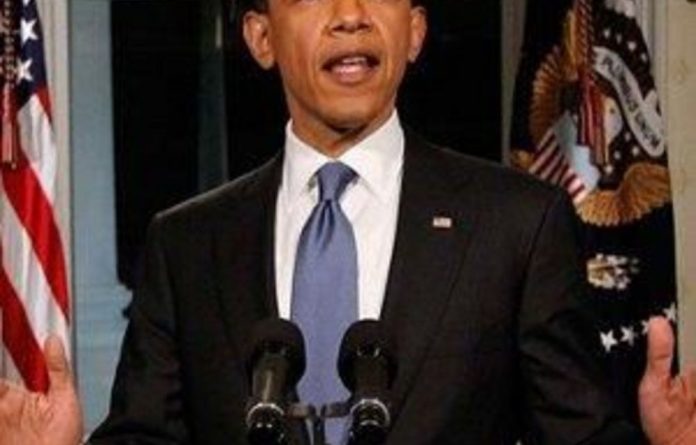 US President Barack Obama and congressional leaders reached a last-minute budget deal on Friday, averting a government shutdown that would have idled hundreds of thousands of federal workers.

With a midnight deadline looming for a government closure, the hard-fought compromise between Obama’s Democrats and opposition Republicans requires lawmakers to approve stopgap funding to keep federal agencies running into next week until the budget agreement can be formally enacted.

A shutdown — the first in more than 15 years — would have meant furloughs for much of the federal work force, suspension of some key government services and the closing of many national monuments and parks, while potentially undermining the US economic recovery.

But the biggest incentive for a deal may have been the risks that failure would have posed for Obama, his fellow Democrats and the Republicans amid signs of public frustration with the rancorous budget fight as the 2012 presidential election campaign gathers steam.

“Tomorrow, I’m pleased to announce that the Washington Monument as well as the entire federal government will be open for business,” a smiling Obama said in a late-night appearance at the White House.

After days of tense negotiations and brinkmanship, Republican lawmakers said agreement was reached on $37,8 billion in spending cuts in a budget for the rest of the fiscal year, which ends September 30.

“I am pleased Senator Reid and I and the White House have been able to come to an agreement that will in fact cut spending and keep our government open,” US House of Representatives Speaker John Boehner told reporters.

Obama’s aides and US lawmakers had struggled for days to hammer out a deal, making the threat of a government shutdown look ever more possible. The two sides even had a hard time agreeing on what issues were holding up an agreement.

Democrats said they were at odds over federal funding for birth control. Republicans said spending cuts were the issue.

The Senate on Friday night hurriedly approved a short-term funding Bill to keep the government running until the longer budget plan can be enacted into law sometime next week. The House was to approve the stopgap measure later and it will then go to Obama to sign into law.

Without an agreement, money to operate the federal government for the next six months would have run out at midnight on Friday and agencies such as the Internal Revenue Service would begin a partial shutdown.

Despite the apparent resolution of the impasse, the bitter political fight raised questions about the ability of Obama and a divided US Congress to deal with bigger issues looming down the road, from raising the federal debt ceiling to reining in budget deficits.

“They’ve got to be laughing at us right now” in China, said Senate Foreign Relations Committee chairperson John Kerry. “How terrific that the United States of America can’t make a decision.”

The leadership of the world’s lone remaining superpower has been consumed for days by the budgetary infighting that could bring large swathes of government to a standstill. – Reuters