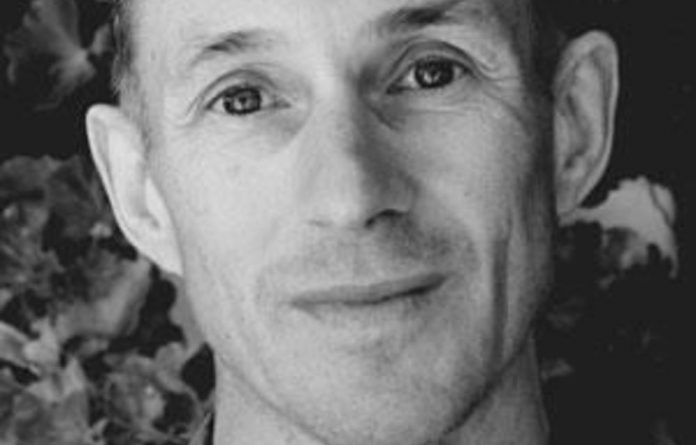 Stephen Watson, who has died of cancer at the age of 56, was a distinguished and influential South African poet, essayist, critic and academic.

A professor and long-serving member of the department of English at the University of Cape Town (UCT), he was in recent years also the director of the highly successful Centre for Creative Writing at UCT. In that capacity, he acted as a mentor to a generation of young South African writers.

In nine volumes of poetry, beginning with Poems 1977-1982, published in 1982, and ending with The Light Echo and Other Poems, published in 2007, Watson established himself as one of South Africa’s foremost poets. His dense, layered poems, characterised by chunky stanzas and long lines, generally unrhymed, became, in the almost 30 years since the publication of the first volume, a recognisable terrain for his readers — to them, a poetic place both familiar and ­unpredictable.

Curdled lyricism
In his poetry he returned again and again to the themes that preoccupied him: solitude, love, the complexity of relationships, the self in communion with nature, Cape Town and his beloved Cederberg mountains. The appeal of his poetry lies in part in its curdled lyricism, its delicate yet powerful evocation of the natural world. Here, for example, are the concluding lines of an early poem entitled Cederberg:

Here alone, with evening seamless, earth the cooling colour of the sky,
as the horizons loosen, lose their stale, rusted look of heat,
here as nowhere else we find again what we’ve been climbing for:
a world cored by sun, the rasp of wind, sand-blasted and rain-scarred,
a landscape smoothed out each evening by the hand of distance —
that is our own world, the image of us, even now, even more.

Watson wrote also about the social environment (for instance, in the poem The Factory Girl) and, in Return of the Moon (published in 1991), he created a series of poems based on Bleek and Lloyd’s transcription of the oral culture of the /Xam (or Cape Bushmen).

Watson’s first book of essays, Selected Essays 1980-1990, was followed in 2010 by a second, much-acclaimed collection, The Music in the Ice. The essays reveal the extraordinary depth and breadth of his reading. Ranging in subject matter from Eastern European poets such as Czeslaw Milosz and Zbigniew Herbert, whom he admired greatly, to CP Cavafy, Albert Camus, Philip Larkin and even Leonard Cohen, they manage to convey erudition with a light, deft touch.

Almost transcendental in its intensity
In addition to these more literary studies, Watson also turned his hand, with great success, to the kind of essay (now considered rather unfashionable) that takes the form of a broad reflection, both intimate and wide-ranging, on aspects of life or society. For instance, in ‘A Version of Melancholy”, which made a great impact, he identified (and lamented) a particularly South African form of melancholy, which he associated with the ‘thinness’ of much of what tends to pass for culture in this country, describing it as ‘the loose warp and woof of all textures, natural or cultural, that underscores the absurdity of our projects, existential or otherwise” and as ‘a version of homelessness almost transcendental in its intensity”.

Central to Watson’s poetry and to his more personal prose was the city of Cape Town, a city in which he lived all his life (except for brief periods abroad) and in which he chose to remain, even when all the other members of his family emigrated to Australia or the United Kingdom. The city found in him its best literary friend: a poet who loved it, tenderly and sternly, but never ­dispassionately.

In 2005 he edited A City Imagined, a collection of essays about Cape Town. The title is appropriate, because Cape Town was always, for him, a site of the imagination, not simply the city where he lived and worked. In the concluding piece, ‘Afterword to a City”, which Watson penned, he quoted Flannery O’Connor, who said: ‘If you are going to write, you’d better have somewhere to come from.” Contemplating the process whereby one comes ‘into possession of a place”, Watson sketched his own quest to find ‘those familiar things that make us less unfamiliar to ourselves” — his journey towards a homecoming in the city he had never left.

Running through all his work, creative and critical, lay a profound belief in the importance of art, especially poetry. In an early essay entitled ‘Poetry and Politicisation”, he wrote that poetry is ‘my main means of checking on my commitments and keeping my balance amidst the ideological chaos around and often within me”. He was always socially engaged and attentive to historical contexts; but his insistence that art should not be given over to the coercive service of ideology, and his belief that aesthetic judgments are not only possible, but crucial, led some to condemn him as a reactionary. (He was once the subject of an essay entitled ‘The Critic as Young Fogey”.)

Such claims took no account of the complexities and nuances of his position. As time went by and he refined his aesthetic, backing it up with a substantial and varied body of work, it was increasingly the predictable rhetoric of his detractors, rather than his own work, which seemed to be regressive.

Never one to shrink from polemic, Watson could be stringent in his critical judgments. He denounced those whom he saw as poseurs or opportunists and he had little time for glib intellectual fashions or jargon. (In ‘A Version of Melancholy”, he described a particularly reprehensible example of gobbledygook as ‘literary-ideological Orly-Whip”.) He was contemptuously dismissive of shabby or flabby thinking. But those whose work he admired found him deeply loyal and generously supportive.

Utterly without affectation
In his everyday life he was soft-spoken, unassuming and meticulously candid. (Gail Fincham, one of his colleagues at UCT, has described him as being ‘utterly without affectation”.) His conversation revealed an impish sense of humour. But when his habitual irony or wryness receded, the same tender whimsicality which is to be found in his poetry came to the fore. His humility was such that he was genuinely surprised by the many messages of love and esteem that reached him during his last weeks.

The tragic and devastating illness that claimed his life not only robbed Watson’s family of a beloved husband, father, son and brother and his colleagues and students of a fine scholar and teacher, it also deprived South African literature of a ­prodigious talent, which, had his life not been cut short in its prime, would undoubtedly have found further — and perhaps even greater — expression.

In his tribute to Czeslaw Milosz, Watson writes of the ‘commanding lucidity” of the Polish writer’s work. It is a phrase that may be applied with equal pertinence to Watson himself. The lucidity of his writing never faltered; and he commanded, not by being strident, but through the quiet authority of his thoughtful, measured voice.

Watson, who married relatively late in life, found great happiness in his marriage to Tanya Wilson. He is survived by her, their very young children, Hannah and Julian, his parents, two sisters and a brother.