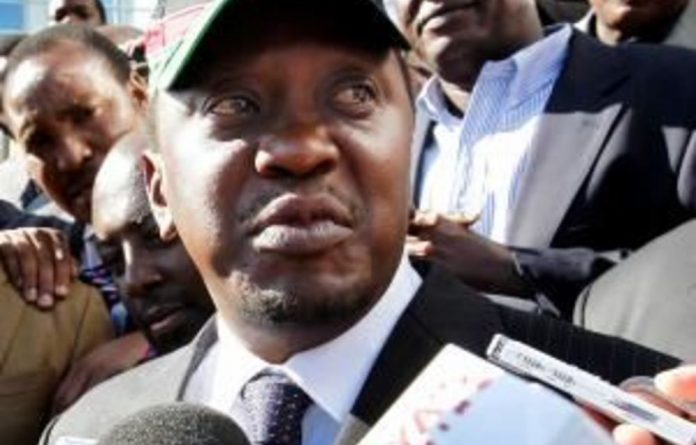 ICC prosecutors have accused the six political and business figures of involvement in the 2007-08 violence that killed more than 1 200 people. The court held a hearing on Monday to discuss pre-trial issues, including disclosure and witness protection.

Defence lawyer Karim Khan said although the defence intends to challenge the charges, he urged judges not to let prosecutors “ride roughshod” over the rights of the defence by not enforcing early evidence disclosure.

“The defence aim to fire back, but in order to fire back we need to see a target and that requires disclosure,” said Khan, representing Kenyan Cabinet Secretary Francis Muthaura.

All six have said they are innocent of the charges.

Kenya’s government has challenged the admissibility of the ICC case, arguing it could take equivalent court action.

Prosecution lawyer Cynthia Tai said on Monday that although the prosecutor’s office had minimised contact with witnesses still inside Kenya to avoid potential risks, she said there was a “limited capacity to protect individuals”.

“We are operating in a situation where the suspects remain in positions of power in an environment where witnesses frequently disappear or become uncooperative in domestic investigations,” Tai said.

Khan later said any innuendo about witnesses being in jeopardy not only maligned an individual who was presumed innocent, but also put a “cloud over these proceedings.”

Two separate confirmation-of-charges hearings are scheduled in September, after which ICC judges must decide whether there is enough evidence to order the suspects to stand trial.

“The confirmation process will be contested, it will be strongly contested,” said David Hooper, representing Ruto, before complaining that he was still “very much in the dark” about the evidence gathered against Ruto.

Prosecutors said they intend to call 10 witnesses at the September hearings and expect to use thousands of pages in testimony and other documentation. — Reuters

Children are expected to keep learning at home during the coronavirus lockdown, but a lack of resources makes this a tricky prospect for some of them
Read more
Opinion

The chief justice needs to publicly account for his comments, by either walking them back or explaining his change of heart on international law and its institutions
Read more
Advertising
Continue to the category
Coronavirus