Schwarzenegger’s next stop: President of the EU? 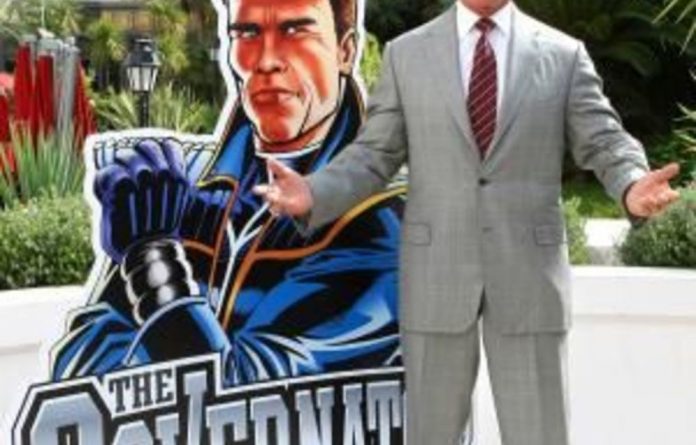 Arnold Schwarzenegger, who made a seamless transition from Hollywood film stardom to California governor, could have his sights set on a new job as next head of the European Union, United States media reported on Tuesday.

The Austrian-born former body builder (63) at loose ends as he tries to figure out what his next act should be, reportedly is being advised by aides to return to his native Europe to run for the EU presidency, Newsweek reported.

“In the next few years, the EU will be looking for a much more high-profile president — somebody who can unify Europe,” Schwarzenegger’s chief of staff Terry Tamminen told the magazine.

“The French won’t want a German, and the Germans won’t want an Italian. How about a European-born person who went off to America and — could return to be the Washington or Jefferson of a new unified Europe?” said Tamminen, all but nominating his former boss for the job.

Jack of all trades
Schwarzenegger, who in January ended two terms as California’s governor, occupies a unique place as an American celebrity who is as much a politician as he is a movie star.

When he ended his stint as California’s Republican “Governator,” observers were curious to see if the former action hero would return to the big screen or remain in the political fray.

Even now, Schwarzenegger has remained mum on the question of whether he’ll pursue a career in politics or movies.

What is certain is that he will not be able to run for another political office he might like to vie for — US president. Under American law, only native-born Americans can stand for the highest US office.

Still, Newsweek suggested that there are fans, both inside and outside America, who might not be averse to a US President “Ahnold”.

Chewing the reconsituted fat
The magazine cited a recent meeting in London between Schwarzenegger and Prime Minister David Cameron, in which the British politician joked: “We need to change the US Constitution and then you can run (for president). That’s what we’re going to do.”

Schwarzenegger came to the United States as a penniless 21-year-old in 1968, but became a millionaire and won the Mr Universe title four more times. He then shrugged off barbs about his thick accent as he turned to acting.

Joining Hollywood’s royalty, his ominous Terminatorcatchphrases “I’ll be back” and “Hasta la vista, baby” have now entered the English lexicon — and he still uses them frequently as a politician.

Even if he quits both politics and acting, Newsweek wrote, he is plenty busy with his work for the United Nations and other organisations on climate change and numerous other charitable causes.

A book deal also is said to be in the works, and he is reported to be in talks for a sequel to 1994 blockbuster True Lies.

But even Schwarzenegger’s wife of 25 years, Maria Shriver, a member of the illustrious Kennedy political dynasty, told Newsweek that she had no clue what her mercurial husband’s next move will be.

“No matter what Arnold decides to do, I’m sure he’ll have fun doing it, and it will have an impact,” she said. — AFP