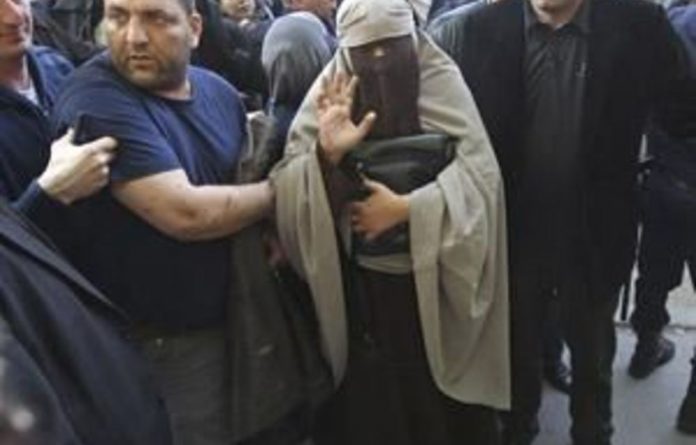 Can you imagine a law in South Africa prohibiting Muslim women from wearing the veil? Or banning Jewish men from wearing a yamulkah, or Sikh men from wearing a turban? Since April 11 this has been the situation in France. It has banned the wearing in public of face-concealing veils such as the niqab or burka. Offenders can be stopped by police and given a nominal, but symbolically powerful, fine. People forcing women to wear a veil are subject to a higher fine.

This is a sad day, not only for freedom of religion but for equality. Why is this so? The law is rooted in the long-standing French policy of cultural integration and the pursuit of a uniform French identity (we can call this the pursuit of equality through equivalency — we’re all treated the same because we all, somehow, are the same).

In truth, the ambition of cultural integration has been a project of cultural imposition, where the dominant French identity (white, European and Christian) has become the gold standard for all communities living in France. The riots that have beset Parisian communities of African descent are, at the very least, a sign that this integration is not going well because it is about the thinly veiled (pun intended) imposition of French (read: European) culture, over foreign (read: African and Arabic) cultures.

This new legislation is also embedded in France’s insistence that it is a secular society. The claim is disquieting, insincere and a deep insult to immigrant communities in France. Does France not celebrate Christmas, a public holiday? And Easter? Does it not put the famous churches, the Sacré Coeur and Notre Dame, at the forefront of its list of treasures, as emblematic of its national identity? So this law is not about secularism or the separation of church and state, but about cultural uniformity, the rejection of difference and, if we’re honest, a deep discomfort with Islam.

‘External signs of religion’
Many, including the French authorities, would reject this argument. No, they insist, we ban all overt external signs of religion. In truth, this criterion affects only Muslims and Sikhs and, to a limited degree, Jews. Christians have no doctrinal requirement to wear specific icons or clothing. A small, discreet cross is acceptable under the new law. So it affects predominantly and disproportionately one religious group only: Muslims. The French Jewish community is reportedly one of the least visible in Western Europe. They have learnt, where necessary, to “cover” their identity.

Which brings us back to the veil. The French also claim that the law is a feminist initiative. Let me be clear: every community, including Muslim ones, has practices that discriminate against women and it is not only appropriate but a legal requirement under international law that states legislate to ensure that women enjoy equality with men. One of the key features of the women’s movement is to ensure that women’s health, wellbeing, potential and ambitions are not thwarted by the state, cultures, communities or families.

But banning the veil does not achieve this. Its consequence is that Muslim women in France who wear the veil, willingly or not, will not be allowed in public without incurring a fine. This is extremely dangerous for women and a blow for immigrant women’s rights, including the right to a dignified existence, to health and safety, to work and to engage in society.

It is true that women who wear the burka or niqab are often forced to do so and this is a serious violation of their autonomy and liberty. But banning the veil in public does not liberate oppressed women, it will only exacerbate women’s subjugation in the home. If this subjugation is accompanied by domestic violence, the ban further impedes women from accessing help when they need it.

For some women, the growing European opposition to the veil has generated a form of feminist liberation. Many Muslim women in France (and other European countries) are wearing the veil as a political statement: they want the right to choose to wear the veil. This is at the heart of the French contradiction. Some communities (by no means only Islamic communities), deny women true choice. Now the French state has denied women the choice of wearing a face-covering veil.

If France wants a homogeneity that mitigates communal conflict perhaps it should focus on laws that empower women. If not, the ban should be revealed for what it is: a thinly veiled attempt to inform the world’s Muslim communities that they are not welcome in France. In the meantime, I fear that the pursuit of equality between women and men in France has been impeded. Liberty, equality, fraternity have never rung so hollow.