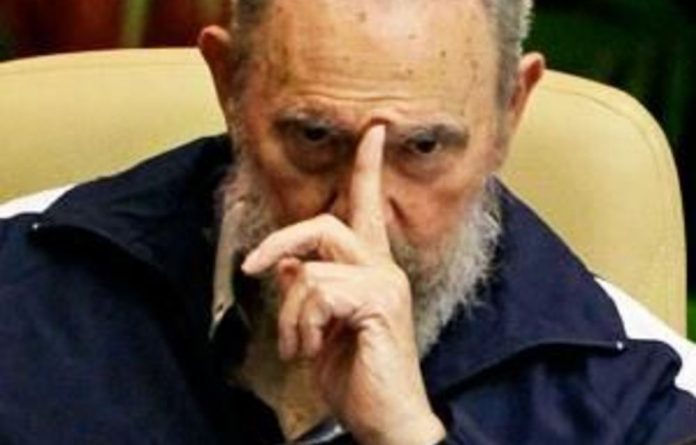 Cubans can buy and sell homes and cars for the first time in 50 years under reforms approved at a landmark Communist Party congress in Havana seeking to secure the island’s socialist future.

President Raul Castro also surprised many by proposing that top political positions should be limited to two five-year terms, but hopes of a major shake-up were dashed as the old guard kept a vice-like grip on power.

There were emotional scenes as revolutionary icon Fidel Castro, in a rare public appearance, attended Tuesday’s finale of the four-day congress and formally ceded the party leadership to his younger brother.

Delegates raised their arms aloft and swayed, some in tears, as 84-year-old Fidel, wearing a trademark tracksuit and appearing wobbly and frail, joined them in a rendition of the Cuban national anthem.

“The first secretary’s primary mission and purpose is to defend, preserve and continue to develop socialism, and to never allow the return of capitalism,” Raul, who turns 80 in June, said in his closing speech.

“It’s time to end the mentality of inertia,” he told the 1 000 delegates gathered in Havana for only the sixth congress since the creation of the Communist Party in 1965.

Reforms
About 300 reforms were introduced during the congress, aimed at keeping the centrally planned system from collapse but stopping short of embracing a market-led economy.

They included the opening up of the private sector, trimming a million state jobs in the coming years and reducing state spending. Many reforms have already begun.

Other measures expected to shake up the lives of ordinary Cubans included introducing the right to buy or sell a car or apartment or receive a bank loan.

Most Cubans own their homes and do not pay taxes but have only been allowed to exchange, not sell, them until now. No details were given on how sales would operate.

The changes were backed by Fidel — the icon of the 1959 revolution who ruled the country for almost five decades and says he still wishes to continue playing a major role “as a soldier of ideas”.

Fidel said in an article published on Tuesday that he had handed over the functions of the party to Raul due to declining health in 2006 but was now relinquishing his first secretary title as well.

He raised hopes of a shake-up when he said he supported the idea of some of the older party members stepping aside, adding that “the most important thing was that I did not appear on that list.

“I have received too many honours. I never thought I would live so long,” he wrote.

Cautious optimism
Cubans have reacted to the reforms with cautious optimism, hoping that the government follows through with its pledges without harming those who depend on the public sector for employment and other basic needs.

Mikaela, the 28-year-old owner of a small beauty salon in the old city of Havana, hoped they would “give us the means to work and earn a living.

The opposition and Cuban exiles were pessimistic, considering the reforms too “slow” and “timid”, while analysts predicted gradual changes.

“The key question … is if the enormous bureaucratic machine will give, faced with the reforms,” said John Kirk, a Cuba specialist from Dalhousie University in Nova Scotia, Canada.

The congress, which started on Saturday and was delayed by nine years, closed on the 50th anniversary of the Bay of Pigs invasion — an unsuccessful attempt by US-backed Cuban exiles to topple Fidel Castro’s government.

US State Department spokesperson Mark Toner declined to comment on Tuesday on the latest changes, which he called an “internal process”, or on whether they might affect long-strained bilateral ties.

“We remain focused on getting Cuban people more access to freedom of information and other aspects,” he added. — AFP

Acolytes of the ex-president gear up take-back regions in Mpumalanga, KwaZulu-Natal and North West before the ANC mid-term meeting
Read more
Advertising