Coming clean on our dirty washing 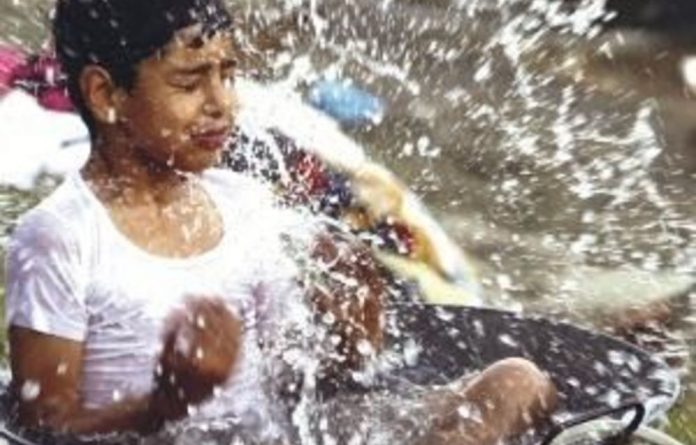 Filth, actual filth, is fashionable again. Intellectually on trend. What is normally swept under the carpet is now the subject of public discussion. What does being dirty really mean?

This is the theme of a wonderful (and free) exhibition, Dirt: The Filthy Reality of Everyday Life, at the Wellcome Collection in Euston, London, and Dan Snow has a BBC2 series coming up called Filthy Cities.

In reality, and in our imagination, dirt is everywhere. In sex, in class, in art, in medicine, in our flesh, in our bodies, in our impure thoughts. Wandering around the exhibition, I bumped into an old friend. As we stood looking at pictures of women in Delft in the 1680s scrubbing not only their own pavements but those of their neighbours, the concept of being dirty hit home. We both acknowledged that we were more inclined to the Quentin Crisp view of housework.

“There was no need to do any housework at all; after the first four years the dirt doesn’t get any worse.” The thing is, said my friend Les, with the air of someone who knows what he is talking about, “you have to hold your nerve”.

Indeed. I have lived in various muddles. That is my word for it. I make a distinction between mess – general untidiness – and dirt. Harmful, dangerous dirt. The rows in my house are not about clothes and papers left on the floor in bedrooms but plates of rotting food under the bed. We all make such distinctions, consciously or subconsciously, and I am well aware of my lack of skills in “cleaning” compared with my mother’s generation.

My mum would judge other people by their dirty washing — literally. She would inspect our neighbour’s clothesline and declare that, though they felt themselves morally superior to her, the dinge of their sheets revealed otherwise.

cleaning after ones’ self
Something in me gave up at a very early age. My whites never would be white enough. And I did not understand the purpose of ironing. Thank God for punk and black PVC. For the cleaning gene that would make me house-proud was not passed on to me.

My mother worked as a cleaner towards the end of her life. I have been one myself, surprisingly not hugely successfully. “Do you even know how to use a broom?” one man asked me.

And now that I have a cleaner myself I realise I failed not only to live up to my mother’s standards but also to contemporary standards based on the fear of hidden germs lurking under surfaces. Domestic appliances, such as washing machines, which set many women free, have been replaced by a cultural compulsive disorder about cleaning.

The amount of cleaning products available and the promises they make are quite extraordinary. If your home is full of invisible bacteria that will kill your children at any second, you may need all these chemicals to stop this dreadful contamination. Yet there are those who now think that hyperclean environments may reduce immune system capability.

Where we do seriously need to worry in about hygiene is in hospitals, not most homes.

Still, there is a huge amount of money to be made from scaremongering. For instance, it was reported this week: “Bart Becht, the chief executive of Cillit Bang-makers Reckitt Benckiser, took home more than £18-million last year after long-term performance deals cashed in.”

Women clean more than men
What, you might ask, is Cillit Bang? No one had ever heard of it until some man started yelling, “Hi, I’m Barry Scott!” in TV ads. Barry Scott is a fiction. Cillit Bang may well be, too, for I am too scared to use it as it promises to clean even dirty money. When filthy lucre is dipped into it in the ads, coins emerge glimmering.

Cleaning is something that women do more than men, and yet it is women who often judge one another as not clean enough. Dirt, as is made clear in the exhibition, is something you may remove yourself from the richer you are. The job of dealing with dirt belongs to those lower in class, gender and ethnic hierarchies. Cleaners are most likely to be women or migrant workers. Viscerally one sees this in India where Dalits — “untouchables” — scavenge on rubbish dumps. These humans are actually treated as dirt itself.

Where cleanliness becomes a moral virtue, those who deal with the waste of a culture become unclean themselves. The Wellcome exhibition starts with a quote from Mary Douglas, the great social anthropologist who wrote Purity and Danger. Dirt she defined as “matter out of place”. She remains a key thinker. In analysing taboos about the pure and the impure, the sacred and the profane, Douglas makes us see that context is everything.

Dirt, then, is in the eye of the beholder. Pus, faeces and menstrual blood are seen fairly universally as profane, but other kinds of rituals of cleanliness must be seen in a cultural context. We must ask what it is we are trying to cleanse ourselves of. Once we began to understand how disease was transferred, we understood the need for sanitation, sewerage systems, antiseptics and even basic handwashing.

Horribly, though, we can also use “cleansing” to purge the body politic of those whom we feel are inferior. Racism nearly always depends on defining others as somehow dirty – “their food smells funny”, “they don’t wash their hair”. A look at some of the anti-Semitic posters in this exhibition should be on the national curriculum.

Germany’s anti-Semitism became medicalised. Jews were associated with disease. Ethnic cleansing depends on defining a whole swath of people as “matter out of place”, as a dirty disease that needs to be eradicated.

Bacteria spread
There was a time when we did not understand how disease spread. In 1683 Delft-born Antonie van Leeuwenhoek described “little animals” he found in scrapings of “batter” from his teeth. He is the first person to record seeing bacteria.

One of the most striking images on display is an engraving of a 23-year-old woman before and after cholera. She has turned blue. In a majestic essay, The Blue Girl, Rose George explains that 31 000 people died from cholera in 1832. People thought cholera came from the air, the “miasma”, not through dirty water.

Now, as we crowd from rural to urban environments, we can measure social development precisely by the absence of cholera. Cholera manifests in refugee camps and slums where excrement mixes into the water supply, where there are no toilets. George talks of the slums of Mumbai. When I first went to India in my 20s, I naively thought that those squatting by the train tracks were meditating, not defecating.

Water-related diseases kill more children under five than malaria, HIV and TB combined. They die from common or garden diarrhoea. Meanwhile, we shell out for antibacterial wipes because we are good. And clean. Elsewhere, a child dies every 15 seconds because of lack of basic sanitation. That really is disgusting, isn’t it? A filthy reality.

So flush that thought right away. As we can. As we do, on a daily basis. —