Inside a crowded marriage 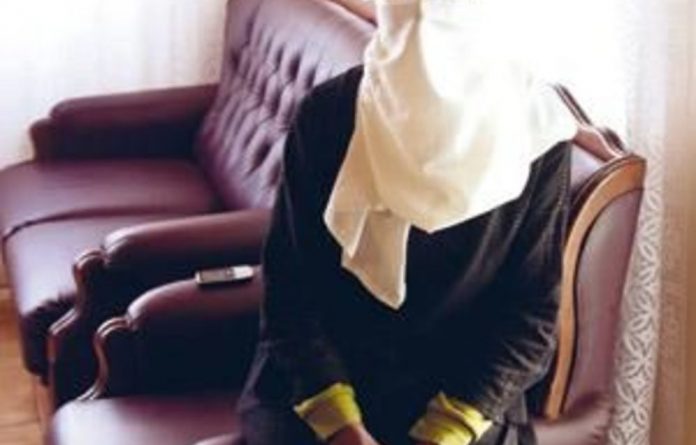 I was 11 years old when I figured out why my grandfather had two bedrooms. He alternated, sleeping one night with my grandmother and the other night with his second wife.

My grandfather had left my grandmother in Morba, a small village in Maharashtra in India, to start a life in Cape Town in the 1930s. There he met a Malay girl who he fancied and soon married. When my grandmother arrived, with no English, no means of income and a brown skin in an apartheid-infected land, she had no choice but to put up with her situation for much of her life.

His second wife’s room was the bigger and fancier one and was quietly accepted as the main bedroom. My grandmother’s room, on the other hand, was both literally and metaphorically, a second bedroom. There was an unspoken hierarchy of women in the house. My grandmother ended up playing the part of lady’s maid to the second wife and, although she bore more children, the second wife was younger and newer.

By the time I was born, my grandparents lived separately: Ouma lived with my parents and me, while my grandfather, who had gone blind, lived behind his convenience store with Mama, his second wife. My father and his five siblings held little resentment towards my grandfather, Mama and their son. They always treated them respectfully, as family, something I admired but never quite understood.

Even if Ouma had wanted to do something about her situation she was not seen as my grandfather’s wife in any way that mattered — their marriage was not recognised by South African law.

That was a long time ago. This year the Muslim Marriages Bill will be put before Parliament. If it is passed, men will need to seek court approval before being allowed to take subsequent wives and these marriages will be legal not only according to sharia law, but also in South African law.

Not all women who share their husband have had the difficult experience my grandmother had.

Friend marries anothers husband
Farah*, a 36-year-old university administrator from Paarl in the Western Cape, was divorced with a six-year-old son when her best friend, English teacher Nadia*, and her lecturer husband asked her if she would like to join their marriage.

“I was friends with both husband and wife,” she says. “My friend asked her husband to approach me to get married. My initial response was ‘no’, but we spoke through it.” She says the marriage has provided a sense of security for her child. The members of the family — Farah and her son, Nadia and her husband and their three teenage children – live together in a large house, which was renovated to make space for all of them. There were little things that took time to adapt to.

“My husband used to have one person to confide in, now he has two,” she says. “He has to think about which room he chooses to relax in after a long day. We try different cycles and schedules for where our husband sleeps at night. It’s not without its hiccups. There’s naturally jealousy in any relationship, but the closeness makes you overcome it.”

Both she and Nadia get to spend romantic time with their husband. “He took me away for my birthday to a holiday house in Gouda and he takes her away for her birthday as well.”

But most of the time the whole family goes out together, to the movies and out to dinner. “We’re just one big family. Sometimes he’s with me, sometimes he’s not.”

At first Farah’s parents refused to talk to her when they learned of her plans to be a second wife. She had come out of an abusive marriage and her parents didn’t understand why she would want to get into another bad situation. But she has now rebuilt the relationship with her mother and is working towards rebuilding it with her father.

Polygamous Marriage
Farah said she had never considered polygamy as an option and had been opposed to it for most of her life.

“I don’t know what triggered the change and it took a lot of getting used to the idea. But now I’m very much in love with my husband.”

Farah’s case, in which the spouses live happily as a family, is not common, according to Munirah Osman, a law lecturer at the University of KwaZulu-Natal and a member of the Muslim Women’s Coalition. He says men often abuse the option of polygamy and the second wife is hidden and treated more like a mistress.

Sa’diyya Shaikh, a senior lecturer in the department of religious studies at the University of Cape Town, agrees. She says a significant number of polygynous marriages are entered into to legitimise extramarital affairs.

“It is often done without the knowledge of the first wife and sometimes, the second wife doesn’t know that the husband is already married.”

Shaikh says the religious literature on polygamy is not as simple as many make it out to be.

Islam Religion
“The birth of Islam happened in what was already a polygamous society,” she says. “The Qur’anic teachings attempted to limit polygyny and also made polygamy conditional on a number of ethical considerations, including justice to women. Social conditions at the time included the context of war and tribal conflict, situations in which men were the primary guardians of women. In the Prophet’s time, while some men no doubt married more than one woman as a result of desire, others were polygamous to cement tribal relations, or to take care of older, widowed women.

According to Shaikh, the Qur’an, in Surah 4 Verse 3 reads that a man may marry up to four wives if he can “deal justly” with them. But later, in Surah 4 Verse 129, the writings admit that while a man may desire to be fair and just between women, in practice it’s not so easy.

This is where the Bill will assist women. “The Bill says yes, a man can take up to four wives, but it sets out a procedure,” says Osman.

“The husband must make an application to court and must show that he has the resources to maintain another family in terms of time and money. The existing wives can also put information before the court.”

The Bill will also allow second wives, if their marriages are approved, to have access to maintenance or inheritance, something that would have helped 52-year-old Amina*. “I was married to my husband for two years when he started speaking another woman’s name in his sleep. He was having an affair with her and eventually he married her and I found out by word of mouth.”

Amina had one child, who suffered from severe asthma.

“Everyone in my family knew about the affair except me. One day I went to my neighbour for Qurbani (sacrifice of an animal) and she said, ‘Do you know your husband is getting married on Thursday?'”

Dishonest Husband
She says she went to the second wife’s house, in Hanover Park in Cape Town, the same suburb that she lived in, to confront her.

“I don’t know where I got the courage from,” she says. “She denied it and he denied it, but at the back of my mind, I knew.”

Over the years Amina has had to go to the home of the second wife numerous times. “My husband wasn’t paying for us. I had to go to find him at this other woman’s house to get our money. She doesn’t want him to see his child. When I went there she would get angry and blow up. One day she saw me in the street and started physically fighting with me and pulling my hair. I think he was abusive to her and she took it out on me.”

The second wife subsequently left Amina’s husband for another man.

Yasmin*, another woman who suffered in a polygamous marriage, is confined to a wheelchair. She married a man who she later found out was already married to someone else. Soon after, Yasmin’s husband died in a shooting. Because Yasmin was married only according to Islamic rites she received nothing from his estate.

“The people who paid out the policy said I’m not legally married to him so they gave the first wife everything,” she says. “Today she’s living hunky-dory, even though he spent most of his time with me. And I have nothing.”

For some women, not much has changed since my grandmother’s days.

*Names have been changed to protect identity.

This article was written in 2011 as part of the Mail & Guardian‘s annual Religion Issue ahead of Easter. See more here.