Stories of our wars and peace 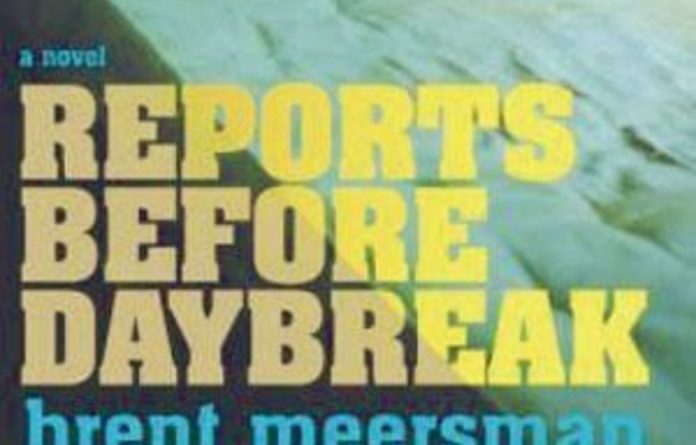 In 1985, Molly Blackburn, a Black Sash activist in the Eastern Cape, asked, “What turns a young man hardly out of school into a monster?” This is one of the many questions raised in Brent Meersman’s new novel, set mainly in the decade preceding Mandela’s release. It follows the lives of three Cape Town families, particularly two sons, who live respectively in Crossroads, Rugby (a white working class area) and Camp’s Bay.

These families are connected by Alicia Nonkosi from Crossroads, the domestic worker for Trudy de Koninck in Rugby, as well as for Jennifer Diepenaar in Camps Bay. This powerful work takes the reader from these carefully described homes into the heart of battle in Angola and Crossroads. It delineates family life at a time when young white men were conscripted into the South African Defence Force (SADF) and young black men left in droves to be trained for service in Umkhonto we Sizwe (MK), when sons and daughters became strangers to their parents. Whether or not they turned into monsters is for the reader to decide.

In this novel the SADF conscript is Francois, living in a small rundown house, adjacent to an industrial area, with his Belgian immigrant, blue-collar worker father, South African mother and his beloved, gentle younger brother, Joseph. The boy who runs away to join MK at 16 is Mfundi, son of Alicia and brother of Zukiswa, all of them shack-dwellers without the necessary permits to be in Cape Town in the 1980s.

Each chapter begins with a page or so of newspaper headlines and some snippets of news from the time — neat, undiluted history, far stranger than any fiction. By using this simple division of fact from fiction, Meersman sets the historical context but keeps the story moving. In addition to the headlines are several concise life stories of remarkable South Africans, including Robert Sobukwe, white women workers Hester and Johanna Cornelius (the unsung founders of the Garment Workers Union), Ruth First, Bessie Head and Oliver Tambo. These lives further set the scene for the events that take Francois into Angola and Mfundi to Tanzania, Russia and back to the Cape Flats.

Meersman involves the reader in his observations of the families, skilfully noting the dynamics and creating memorable portraits. In Trudy, a loving mother, he shows perfectly the ignorance and fear of the average white South African, but in Theo de Konick we see a proud but exploited worker who finally draws the line when he finds he has been making teargas canisters.

Joe and Zukiswa have intellectual ability and aspirations. Bertie, the only son of the Diepenaars, turns out to be the surprise in the novel, taking a radical turn from the easy life of corporate law. We are shown the hardship of shack-dwellers, the merciless slog of Alicia’s life working six days a week, the brutalisation of black mine workers (Zukiswa’s absent father) and of young SADF recruits doing their basic training.

Reports before Daybreak is not for the squeamish. From the delicate and deep affections of home life, we are plunged into torture and other gross violations of human rights in Namibia and Angola and the apocalyptic battle scenes at Cuito Cuanavale (also strangely banal, which makes them worse).

No gung-ho adventure tale
From there, we go to the fire and mayhem of the anarchic, weeks-long running battles in Crossroads, KTC and Nyanga Bush, when the cop-assisted witdoeke rampaged through the informal settlements in an attempt to force people to move to Khayelitsha. It is Zukiswa and Alicia who witness this and have to survive the comtsotsis who enforced the boycotts, as well as the witdoeke.

But this is no gung-ho adventure tale. The sophisticated narrator embellishes and sustains the plot with three enigmatic dreams, to which he returns many times so that these irrational but powerful images seem highly significant in our understanding of what happens. Mfundi’s dream features people who mutate into other people. A fragment: “Sitting on his bed was a man, a stranger. Mfundi, trembling, peeped through his squinched-up eyes. The man’s skin was bitumen black; he had cleaved across his face a bloodied red wound that seemed impossibly deep — Now, your people need you.”

Frightening and potent is Joseph’s dream about Francois, about to leave for the army, in which he sees him in a field, a soldier, in danger but not hearing warnings.

No clear meanings emerge from the dreams, but it seems that this event in the field, which happens also in real life, is the turning point for Francois, after which he is as good as lost to Joe and his family. But Meersman also shows us the Francois who is intelligent, brave and pragmatic (if somewhat testosterone-driven). Other threads that run through these events include cats and stray dogs, often abused, but symbols also of home, comfort and friendship, as well as several evocations of Goya’s haunting war paintings. Written in clean, clear prose, the text is given an unusual elegance by the occasional uncommon word (“ruderal, bruxism, caldera”, for example).

Joyous catharsis
The final scene of the book takes place on the Grand Parade in Cape Town, where Mandela, released from Victor Verster prison, has come to address the crowds. Meersman captures the power and import of that moment in what feels like a joyous catharsis after years of hell, a hope-filled ending to a devastating story. By then, two of the characters are in exile in London and two seem lost to their families forever.

Others, however, are just finding each other and, most importantly, learning each other’s stories, which is what Meersman achieves in this even-handed, passionate and complex account. Meersman leads us to contemplate a fragile new order in which the danger is that the past may destroy the future and Mfundi’s dream monster is still at large.

It’s a great bonding of fiction and history and by showing us how much has changed, a wonderful antidote to disillusion at the seemingly slow progress we have made since the 1980s. It’s a timely reminder of what we have been through and why we must keep on keeping on. Moreover, it’s a page-turner.

Brent Meersman is a freelance contributor to the Mail & Guardian