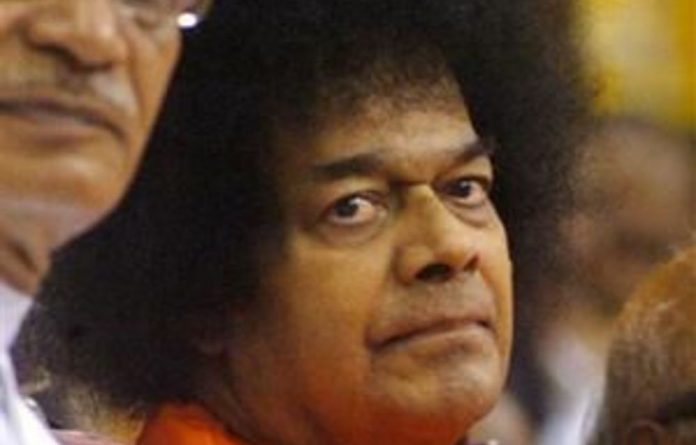 The death of Sri Sathya Sai Baba at the age of 85 from heart and breathing problems has prompted scenes of mass grief across India — where his distinctive frizzy hair, trademark saffron robes, controversial miracles and simple message of ecumenical spiritualism had made him a new-age icon.

But though revered by millions around the world as a living god, he was a controversial figure, criticised by some as a fraud protected by political influence. His later years were dogged by allegations of sexual abuse.

The government of the southern Indian state of Andhra Pradesh, where Sai Baba was born, declared four days of mourning. Hundreds of police were deployed in his hometown of Puttaparthi, to maintain order among the thousands of devotees who had gathered over recent days.

In the city of Bangalore, followers walked through the streets carrying portraits of the dead spiritual leader and chanting “Baba is not with us physically. But he remains with us forever.”

In Delhi, worshippers gathered to pray at temples across the city. Many refused to accept that the guru was dead.

“Sai has not gone anywhere. Wait 48 hours. He will be back,” Vandana Bhalla, a 38-year-old housewife in the Indian capital’s middle-class Ashok Vihar neighbourhood told the Guardian.

Among Sai Baba’s estimated six million followers are hundreds of top Indian politicians, industrialists, tycoons, Bollywood stars and sportsmen such as cricketer Sachin Tendulkar. Overseas, they include Goldie Hawn and Isaac Tigrett, the founder of Hard Rock café. Sarah Ferguson has visited one of his ashrams.

Since Sai Baba founded his first permanent meditation centre more than 60 years ago, a vast construction programme funded by donations has converted the remote village where he was born into a thriving small city with dozens of temples, its own 220-bed specialised hospital offering free treatment, a university and an airport where charter planes bringing devotees from around the world arrive every day.

Volunteers working with Sai Baba’s NGOs have effectively delivered disaster relief and undertaken large-scale developmental works that have brought water or sanitation to hundreds of thousands of people.

There are thought to be more than 1 200 centres of his Sathya Sai organisation in over a hundred countries around the world.

Sai Baba did not appoint any successor to run his sprawling spiritual and temporal empire, currently run by a trust, after his death. The local Economic Times newspaper estimated its worth at up to $8-billion though admitted no accurate valuation was possible. There are now fears of a clash between Sai Baba’s family and the trust, which could also provide an excuse for the local state government to step in.

“If the government has to take over the affairs of Sai Baba’s mission that could spell its end,” devotee Shivanand Shetty told the Sunday Guardian newspaper in Puttaparthi.

In Delhi, devotees said the spirit of the dead guru would maintain peace.

Miracles
“His trust is run very professionally and … it will be Sai who will be guiding them,” said Dr Amala Venugopal, a general medical practitioner.

Born without wealth or advantage as Sathyanarayana Raju, Sai Baba declared himself the reincarnation of Sai Baba of Shirdi, a 19th century guru, when he was 14. Followers claim that, after being stung by a scorpion, the teenager began singing devotional chants in the ancient language of Sanskrit, which he neither spoke nor read.

The young religious leader, who accepted devotees from all faiths, quickly won fame for supposed mystical powers including the ability to conjure objects including gold watches out of thin air and to heal. Critics said his miracles were simple magic tricks.

Sai Baba was also the subject of a series of allegations of sexual abuse of young male followers. Participants in a 2004 BBC documentary, The Secret Swami, accused him of massaging their testicles with oil and coercing them into oral sex.

Former devotee Barry Pittard told the Guardian Sai Baba was a dangerous confidence trickster who should not have been allowed to have anything to do with children. “For the worst victims of his depredations … their sufferings have been very great,” he said.

Sai Baba was never been charged with any offence over the sex abuse allegations and had denied all the charges against him, claiming they were part of a campaign to defame him.

“Some people out of their mean-mindedness are trying to tarnish the image of Sai Baba. I am not after name and fame. So, I do not lose anything by their false allegations. My glory will go on increasing day by day,” the guru told followers in 2000.

In 1993, six people died violently in the spiritual leader’s private rooms. The incident has never been fully explained. One possibility is a dispute between followers over money.

India’s prime minister Manmohan Singh said Sai Baba’s death was “an irreparable loss” to all: “He was a spiritual leader who inspired millions to lead a moral and meaningful life even as they followed the religion of their choice.”

Sai Baba had predicted his own death in 2019 but said that, having been reborn as the second reincarnation of Sai Baba of Shirdi, he would be reborn as the holy man’s third and final reincarnation in 2023 in a small village in the state of Karnataka. His followers claim that, as he has died earlier than foreseen, he could return as early as next year. – guardian.co.uk