Gaddafi seen on ‘back foot’ as fighting rages 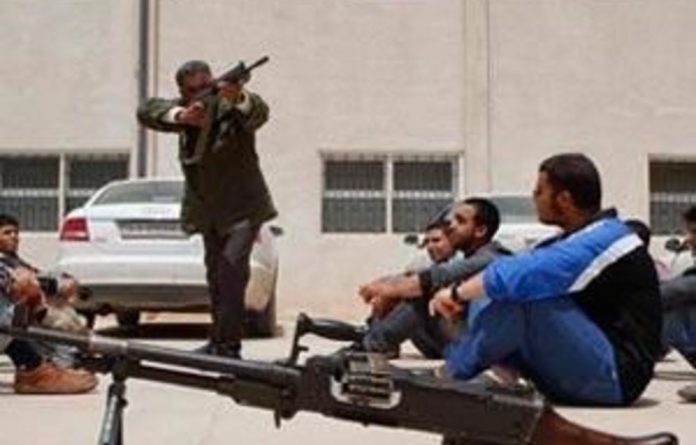 Libyan rebels appear to be gaining ground against Muammer Gaddafii, the British defence minister said, despite a deadly attack on Misrata port by the Libyan strongman’s forces.

“We’ve seen some momentum gained in the last few days. We’ve seen some progress made in Misrata. And it’s very clear that the regime is on the back foot,” British Defence Secretary Liam Fox said on Tuesday.

After nearly three hours of talks at the Pentagon with United States Defence Secretary Robert Gates, Fox painted an optimistic picture of the Libya conflict despite fears on both sides of the Atlantic that the war could turn into a stalemate.

A Nato spokesperson, meanwhile, said the alliance was considering sending a civilian “contact point” to Libya’s eastern rebel bastion of Benghazi in order to improve political relations with the opposition.

On Tuesday, forces loyal to the veteran Libyan leader, who has ruled the north African nation for some four decades, fired Grad rockets at Misrata port, killing at least three refugees and forcing an aid ship to stay out to sea.

As the US and its allies pondered how to help the rebels, US President Barack Obama formally ordered a drawdown of $25-million in urgent, non-lethal American aid to Libya’s Transitional National Council.

A day after allied warplanes struck Gaddafi’s compound in Tripoli, Gates and Fox also insisted that command centres for the regime’s forces were legitimate targets.

‘Government targets civilians’
“We have considered all along command and control centres to be a legitimate target and we have taken those out elsewhere,” Gates told reporters.

Fox agreed and said that “as long as that government continues to target civilians … we will continue to regard all their command-and-control mechanisms as legitimate targets”.

Tripoli said it had asked Russia to convene an urgent meeting of the UN Security Council over what it called an “assassination attempt” on Gaddafi when the Nato raid destroyed his office on Sunday night.

Tripoli said the bombardments went against Security Council resolutions 1970 and 1973, which passed thanks to a Russian abstention, and “were in violation of international laws and conventions”.

“You know that Gaddafi is our friend, but this has nothing to do with friendship. Who has the right to drop bombs like this? They are looking for Gaddafi to kill him,” said the leader of Latin America’s radical left.

“We don’t agree with everything Gaddafi is doing or has done, but who has the right to drop bombs on him each morning?”

In Misrata, several Grad rockets hit the port and an International Organisation for Migration (IOM) ship that had come to rescue refugees remained offshore as a precaution, an AFP journalist said.

At least three African refugees were killed in the attack, a medic and a Western journalist said. The medical source also spoke of “around 20 wounded”.

The IOM ship had been due to take on board 550 African refugees, of whom some 2 000 are reported to be still stranded in Misrata.

Nato warplanes overflew the rebel-held city where explosions were also heard after 24 hours of relative calm. At least one air strike was reported.

“Nato asked that the IOM boat leave the port,” said a rebel source.

Misrata’s port has been a strategic conduit for international humanitarian aid, as well as rebel fighter reinforcements and guns and ammunition from their Benghazi stronghold.

Rebels there had said they pushed Gaddafi’s troops out after a siege lasting more than seven weeks, but opposition officials in Benghazi downplayed the reports.

“The situation in Misrata remains grave. The revolutionaries are in control but they remain surrounded and bombed,” opposition Transitional National Council spokesperson Jalal al-Gallal said.

Witnesses said 45 loyalists were killed and 17 captured around the town of 15 000 people 50km east of Nalut. Two rebels had also been killed and three wounded on Monday.

“Clearly, the Security Council’s decisive and unified action has saved many lives,” the UN chief said.

“It is also clear that the Libyan regime has lost both legitimacy and credibility, particularly in terms of protecting its people and addressing their legitimate aspirations for change,” he said. — AFP