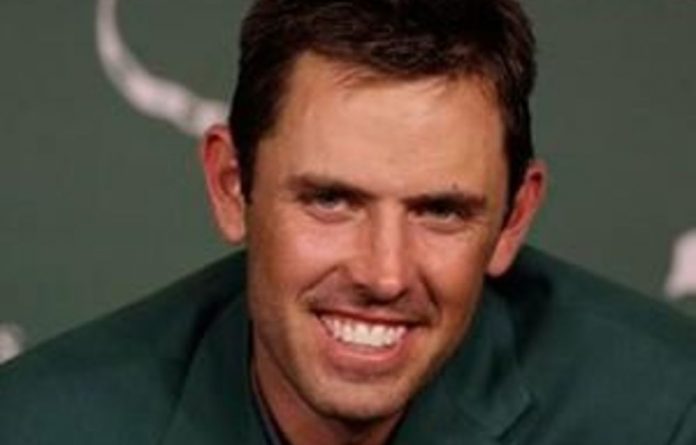 Almost overlooked as Charl Schwartzel surged clear of a congested leaderboard to clinch this month’s US Masters with a sizzling finish was the fact that he eclipsed Tiger Woods with his breakthrough.

Woods, a four-time winner of the season’s opening Major, claimed his first Masters victory in his third appearance at Augusta National, while South African Schwartzel, remarkably, did so with his second attempt.

Only two other players have landed the cherished green jacket in their second starts — Jimmy Demaret in 1940 and fellow American Herman Keiser in 1946.

In 1997, a 21-year-old Woods became the youngest Masters champion, cruising to a 12-shot victory and mocking the belief that the recipe for success at Augusta National took years to learn.

Woods is a very special case, though, and he has since claimed a further 13 Major titles to embellish his credentials as the best player of his generation and, arguably, ever.

Today, the conventional wisdom about earning your Masters spurs still applies — despite Schwartzel’s spectacular display in the final round a fortnight ago, when he ended a sweltering afternoon of breathtaking shot-making with four successive birdies.

Asked before this year’s Masters if he would be surprised to see a relative Masters novice slipping into the green jacket, British world number one Lee Westwood, who was ranked second at the time, told Reuters: “Yeah, a little bit I suppose.

“You look at repeat winners here. It seems to be the rule that you have to have played a few [Masters] to get the hang of it. Local knowledge does come in there.

“So when you talk about two or three yards either way, obviously local knowledge counts for a lot.”

Daunting challenge
While there is very little rough at pine tree-lined Augusta National, its notorious greens with their severe slopes and slick pace present the most daunting challenge for the players.

For Schwartzel’s compatriot Dale Hayes, a former European number one who played in three Masters during the 1970s, success at Augusta National hinges on the position of every first putt.

“Before you even get to the greens, you have to know where to hit the golf ball to allow you to hit your second shots in the right places on the greens,” Hayes (52) told Reuters. “That is the trick.

“The guys that do well at Augusta are the guys who hit their shots to the greens in the right positions. If you are in the wrong positions, you will never, ever win there.

“But if you are in the right positions, you’ve got a chance because you can leave yourself putts that are relatively easy.”

Hayes, a five-time winner on the European Tour, agrees with former world number one Nick Price’s assessment of how top amateur golfers would fare on Augusta’s daunting greens.

“Nick has said that he could take a scratch golfer, put him on the green in regulation play on every hole at Augusta National and that player would score 90,” Hayes said with a smile. “That he would three-putt every green at best.

“I believe that’s a fact. I think you could even take a professional and he would three-putt every green from some of the positions.

“It’s definitely one of those courses where you’ll keep learning every year you come back,” the rail-thin South African said. “It’s not a course you’re going to master after a couple of rounds.

“I’ve been fortunate enough to come out here before the tournament weeks with Ernie (Els) and play a few rounds. You get to see a lot. You can spend a bit of time, stand back and look at things a bit more.”

Schwartzel, who won the Masters on the 50th anniversary of compatriot Gary Player’s 1961 title, said he had especially benefited from Augusta National advice passed on by Jack Nicklaus and Zimbabwean Price.

Six-time winner Nicklaus took the young South African through his strategy for playing every hole at Augusta during a lunchtime discussion in Florida last year, while Price taught him how to tackle the greens.

“Last year I had problems with the putting,” Schwartzel (26) said. “I found the greens were just so quick. I’ve never hit putts so soft from 40 feet and I struggled with that.

“Nick said he used to find the fastest putt on every green and practise that. That’s what I did for … three weeks.

“Every tournament I went to, I just practised the fastest putt I could find … to learn to hit the putts that softly. It really paid off. I felt so good on these greens.” — Reuters