World on alert after US kills Bin Laden 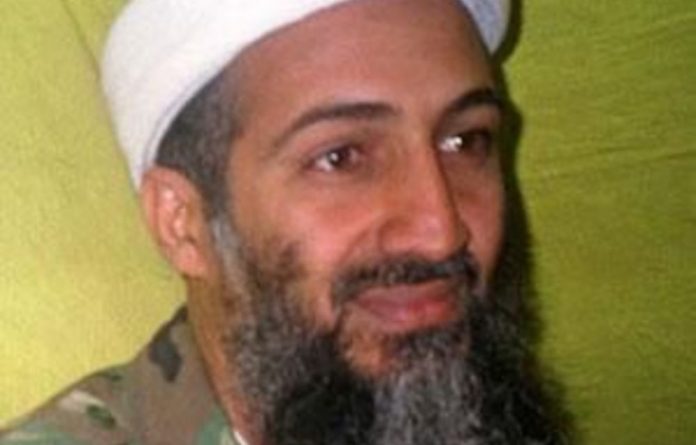 Osama bin Laden was killed in a United States assault on his Pakistani compound on Monday, then quickly buried at sea, in a dramatic end to the long manhunt for the al-Qaeda leader who had become the most powerful symbol of global terrorism.

World leaders hailed Bin Laden’s death but the euphoria was tempered by fears of retaliation and warnings of the need for renewed vigilance against attacks.

The death of Bin Laden, who achieved near-mythic status for his ability to elude capture under three US presidents, closes a bitter chapter in the fight against al-Qaeda, but it does not eliminate the threat of further attacks.

The September 11 2001 attacks, in which al-Qaeda militants used hijacked planes to strike at economic and military symbols of American might, spawned two wars, in Afghanistan and Iraq, inflicted damage on US ties with the Muslim world that have yet to be repaired, and redefined security for air travelers.

A small US strike team, dropped by helicopter to Bin Laden’s compound near the Pakistani capital Islamabad under the cover of night, shot dead the al-Qaeda leader in a firefight, US officials said.

“This was a kill operation,” one security official told Reuters, but added: “If he had waved a white flag of surrender he would have been taken alive.”

The revelation that Bin Laden was living in a three-storey residence in the military garrison town of Abbottabad, and not as many had speculated, in the country’s lawless western border regions, is a huge embarrassment to Pakistan, whose relations with Washington have frayed under the Obama administration.

President Barack Obama, whose popularity suffered from continuing US economic woes, will likely see a short-term bounce in his approval ratings. At the same time, he is likely to face mounting pressure from Americans to speed up the planned withdrawal this July of US forces from Afghanistan.

However, Bin Laden’s death is unlikely to have any impact on the nearly decade-long war in Afghanistan, where US forces are facing record violence by a resurgent Taliban.

Many analysts see Bin Laden’s death as largely symbolic since he was no longer believed to have been issuing operational orders to the many autonomous al-Qaeda affiliates around the world.

Buried at sea, warnings of revenge
Within hours of the deadly raid, Bin Laden’s body was buried at a sea to prevent his gravesite from becoming a rallying point for his followers, US officials said. Muslim religious rites were conducted on the deck of a US aircraft carrier in North Arabian Sea, a defense official said.

“You wouldn’t want to leave him so that his body could become a shrine,” one US official said.

Mindful of possible suspicion in the Muslim world that US forces may have gotten the wrong man, a US official said DNA testing showed a “virtually 100%” match with the al-Qaeda leader. His body was also identified by one of his wives, an intelligence official said.

Fearful of revenge attacks, the US swiftly issued security warnings to Americans worldwide.

“Though Bin Laden is dead, al-Qaeda is not. The terrorists almost certainly will attempt to avenge him, and we must — and will — remain vigilant and resolute,” Panetta said.

France’s President Nicolas Sarkozy hailed the killing as a coup in the fight against terrorism, but he, too, warned it did not spell al-Qaeda’s demise.

British Prime Minister David Cameron said the West would have to be “particularly vigilant” in the weeks ahead.

US officials said Bin Laden was found in a million-dollar compound in Abbottabad, 60km north of Islamabad. After 40 minutes of fighting, Bin Laden, three other men and a woman, who US officials said was used as a human shield, lay dead.

A source familiar with the operation said Bin Laden was shot in the head after the US military team, which included members of the Navy’s elite Seals unit, stormed the compound.

Television pictures from inside the house showed bloodstains smeared across a floor next to a large bed.

It was the biggest national security victory for the president since he took office in early 2009 and will make it difficult for Republicans to portray Democrats as weak on security as he seeks re-election in 2012.

In sharp contrast to the celebrations in America, on the streets of Saudi Arabia, bin Laden’s native land, there was a mood of disbelief and sorrow among many. The Palestinian Islamist group Hamas mourned Bin Laden as an “Arab holy warrior”.

But many in the Arab world felt his death was long overdue. For many Arabs, inspired by the popular upheavals in Egypt, Libya and elsewhere over the past few months, the news of bin Laden’s death had less significance than it once might have.

Pakistan told after raid
The operation could complicate relations with Pakistan, a key US ally in the battle against militancy and the war in Afghanistan. Those ties have already been damaged over US drone strikes in the west of the country and the six-week imprisonment of a CIA contractor earlier this year.

Pakistani authorities were told the details of the raid only after it had taken place, highlighting the lack of trust between Washington and Islamabad.

“For some time there will be a lot of tension between Washington and Islamabad because Bin Laden seems to have been living here close to Islamabad,” said Imtiaz Gul, a Pakistani security analyst.

Bin Laden was finally found after US forces discovered in August 2010 that one of his most trusted couriers lived in an unusual and high-security building in Pakistan that had few outward facing windows and no internet or telephone access.

“After midnight, a large number of commandos encircled the compound. Three helicopters were hovering overhead,” said Nasir Khan, a resident of the town.

“All of a sudden there was firing towards the helicopters from the ground,” said Khan, who watched the dramatic scene unfold from his rooftop.

Thousands of cheering and flag-waving people converged on the White House after Obama made his televised announcement. Similar celebrations erupted at New York’s Ground Zero, site of the World Trade Centre twin towers destroyed on September 11.

“I never figured I’d be excited about someone’s death. It’s been a long time coming,” said firefighter Michael Carroll (27) whose firefighter father died in the attacks.

Former president George W Bush, whose eight-year presidency was defined by the September 11 attacks after he launched a global “war on terror” to root out Islamic militants, called the operation a “momentous achievement”.

The US is conducting DNA testing on Bin Laden and used facial recognition techniques to help identify him, the official said. — Reuters