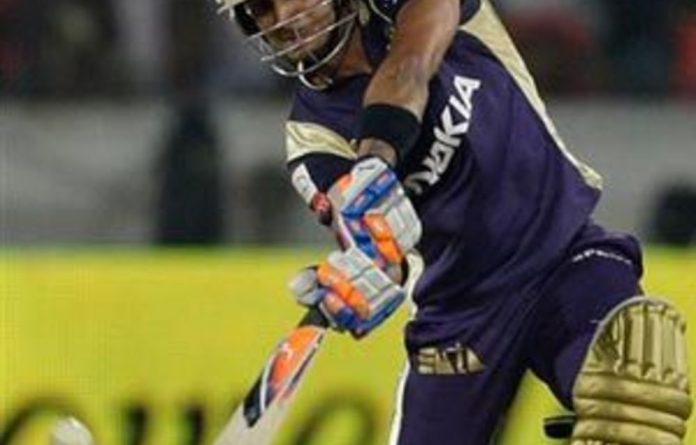 Pathan hit three sixes and as many fours in his 26-ball knock to help Kolkata reach 169-4 before left-arm spinner Abdulla got two wickets in three balls to restrict Deccan to 149-6.

It was Kolkata’s sixth victory and Deccan’s sixth defeat in nine matches of the Twenty20 tournament.

Abdulla put Deccan under pressure in his second over when he dismissed opener Sunny Sohal (26) and skipper Kumar Sangakkara, who failed to open his account.

Opener Shikhar Dhawan top-scored for Deccan with a 45-ball 54 before being bowled by South African paceman Jacques Kallis in the 18th over. He added 56 for the fifth wicket with Ravi Teja (30).

Pathan, dropped twice during his brisk knock, and Manoj Tiwary (33) earlier helped Kolkata set a challenging target as they added 80 runs in eight overs for the fourth wicket.

Kolkata were 84-3 in the 12th over after Kallis and skipper Gautam Gambhir (35) fell in the space of four deliveries before making a strong finish, thanks to middle-order batsmen Pathan and Tiwary.

Gambhir, who exchanged words with Australian seamer Daniel Christian, hit one six and three fours in his 22-ball knock while Kallis cracked four boundaries in his 31-ball innings.