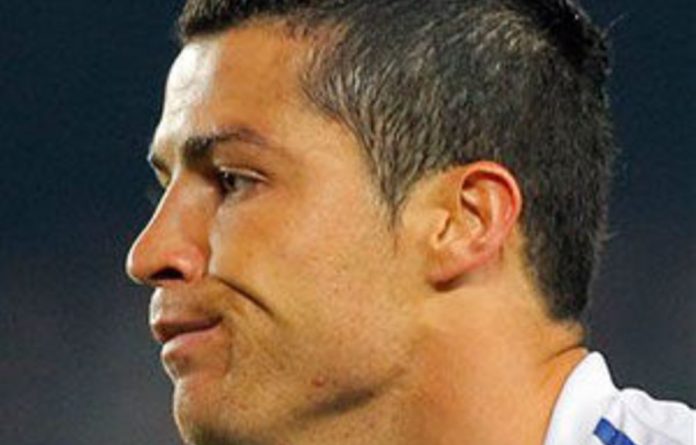 The former Manchester United player — who was outshone by Barcelona’s two-time world player of the year Lionel Messi over the two legs — was especially incensed by the decision of Belgian referee Frank de Bleeckere to rule out a Gonzalo Higuain goal early in the second half.

De Bleeckere — one of several referees to be targeted by Mourinho’s outburst following the first leg last week — decided that Ronaldo had fouled Javier Mascherano in the lead-up to the goal. It was harsh though as Barca defender Gerard Pique had pushed Ronaldo initially.

‘We just have to live with these injustices’
Had the goal stood it would have given Real a 1-0 lead in the game and a real chance of progressing at Barca’s expense.

“It [trying to overhaul Barcelona’s first-leg lead] was Mission Impossible 4,” said the 26-year-old, who scored the only goal to secure Madrid the Kings Cup against Barcelona late last month.

“We knew what was going to happen. We were used to it after the first leg. Higuain’s goal was fine.

“Once again we have to live with that. [On the lead-up to the goal] Pique pushed me and I fell on top of Mascherano, who when he played in England [for West Ham and Liverpool] would not have fallen to the ground like that, but here he does it like everybody else.

“There was nothing wrong with the goal, that could have altered the course of the match but the referee didn’t want to see it that way.

“Those who know abut football know that Barcelona are very well protected. We just have to live with these injustices,” added the Portuguese. — AFP

The life of Diego Armando Maradona, who died this week, will always remind us that the smell of shit is as important as the perfume of flowers, writes Niren Tolsi
Read more
Health

France, Spain, the European Commission and Britain as well as the Bill and Melinda Gates Foundation have pledged money for equity in the treatment of Covid-19
Read more
World

After ousting a dictator, members of Sudan’s resistance committees are now helping to fight the Covid-19 pandemic
Read more
Advertising