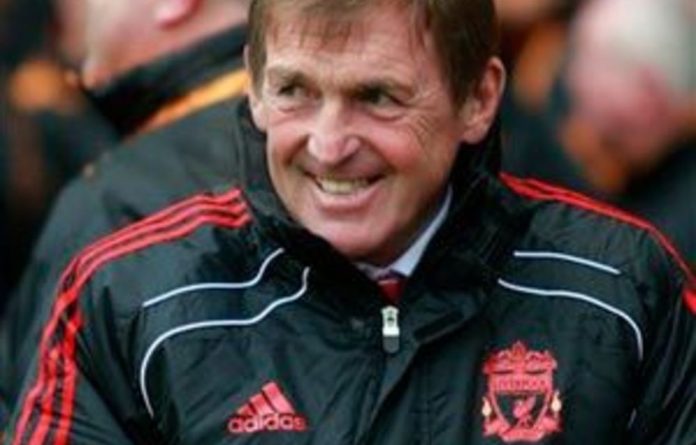 Kenny Dalglish signed a three-year contract as Liverpool manager on Thursday and vowed to bring the good times back to the fallen English giant.

Twenty years after ending a successful first spell in charge of Liverpool on health grounds, Dalglish took over for a second stint when he replaced the fired Roy Hodgson on a six-month deal on January 8.

The former Scotland striker has overseen a dramatic improvement in results, lifting the club from a perilous position four points from the foot of the Premier League table to fifth place and a win away from qualification for next season’s Europa League.

Dalglish was Liverpool manager when the club won the last of its 18 English titles in 1990, and as fierce rival Manchester United prepares to celebrate its 19th crown, the Scot is planning to establish a new dynasty at Anfield.

“This is a unique football club and I’m delighted to have the opportunity to help build something special here again,” Dalglish said.

“I said when I took the job on in January that I was just happy to help the club out for the remainder of the season … now the owners have decided in their wisdom that they want me to stay a little longer and it’s fantastic news.”

The permanent appointment of Dalglish, who won eight league titles as a player and a coach from 1977 to ’90 to establish himself as a club legend, was hardly in doubt after the team’s remarkable turnaround in form.

Taking over a team lacking in confidence and just four points above the relegation zone, Liverpool has lost just three times in the league in the last four months.

The swashbuckling 5-2 win at Fulham on Monday catapulted the Reds up to fifth and a victory over sixth-place Tottenham at Anfield on Sunday will secure a spot in the Europa League.

Legendary figure
“Kenny is a legendary Liverpool figure both as a supremely gifted footballer and successful manager,” Liverpool owner John Henry said. “Since returning in January, he has shown extraordinary leadership and the ability to bring the best out of so many people associated with the club.

“It was obvious to us very early on that the atmosphere surrounding the club had been transformed by his presence. No one else could have produced such a response.”

Now that Dalglish has returned on a permanent basis, Liverpool fans will be expecting the team to be back in the hunt for titles, especially with their record haul of championships set to be surpassed by United on Saturday.

“Liverpool enjoys a global standing within the sport but having Kenny in the dugout will help us in our efforts to bring the best available talent to the club as we continue to move the club forward,” Henry said.

Dalglish remained a fans’ favourite after leaving Anfield in 1991 and returned to the club as an ambassador in 2009. He was overlooked for the manager’s job in the off-season, when Hodgson was hired to replace Rafa Benitez, but was drafted in by Liverpool’s new American owners in January in a time of crisis.

One of Dalglish’s first decisions was to offload Fernando Torres on January transfer deadline day for a club-record fee of £50-million and bring in two other strikers, Uruguay’s World Cup star Luis Suarez and England international Andy Carroll.

That has proved to be a masterstroke. Suarez has given the team a greater goalscoring threat and also brought the best out of the side’s attacking midfielders, with Dirk Kuyt and Maxi Rodriguez currently enjoying sensational runs of form in front of goal. The Reds have scored 17 goals in their last five games.

Dalglish has endeared himself even more to fans by blooding youngsters such as midfielder Jay Spearing and defenders Martin Kelly and John Flanagan. All three have responded with impressive displays in the league run-in.

Dalglish is set to be given funds to strengthen the squad further in the offseason, giving Liverpool a decent chance of competing for the title next season.