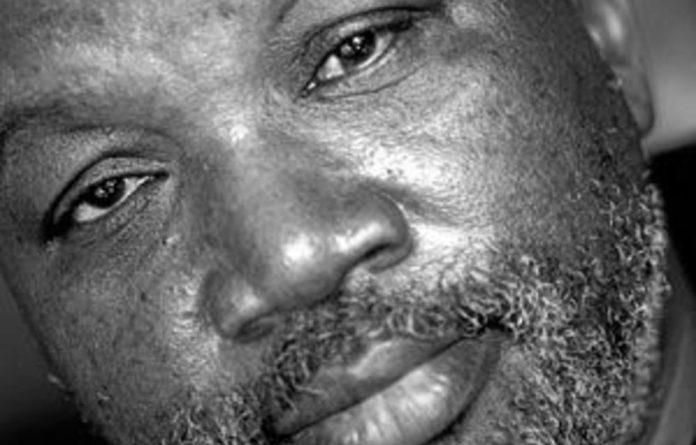 Zim Ngqawana, who died this week of complications after suffering a stroke, was more of a jazz shaman than a jazz showman. His concerts were as much about his music as they were expositions of his transcendental, self-knowing ­philosophy, known as Zimology.

It therefore seems appropriate to start off with a quote from that other preacher, American writer James Baldwin. In his tribute to Richard Wright, Baldwin wrote: “Unless a writer is extremely old when he dies, in which case he has become a neglected institution, his death must always seem untimely.”

Ngqawana turned 51 on Christmas day last year and his sudden death on May 10 leaves one wondering how his oeuvre would have shaped up and where he would have taken his personal philosophies and vision. I attended his Islamic burial on a wet Tuesday night. As the shovels were passed around, filling up the hole with moist red earth, one wondered what else was being buried with that body.

The earth that stuck stubbornly to our shoe soles reminded me of an incident last year when a property at his farm, just out of Johannesburg, which also housed his jazz school, the Zimology Institute (where pianist Kyle Shepherd received mentorship), was broken into. Electrical cables were ripped out of sockets; toiletware was dug out and, more horribly, the legs of two of the institute’s grand pianos were sawn off.

Gathering disillusionment
“This was an attempt to break us. I was demoralised seeing the grand pianos worth half a million lying flat on the ground,” Ngqawana said at the time. The deeply spiritual Ngqawana saw a deeper psychosis and a malady of epidemic proportions: “The souls of the people have been vandalised. What kind of criminal doesn’t know the value of a piano?” he asked.

Yet the jazzman found an artistic way to channel his simmering rage and gathering disillusionment.

He held an exhibition and series of gigs themed “Vandalizim”, but one sensed that the incident left him tormented; soon afterwards, under financial pressure, he sold the farm.

One wonders what else he was giving up. It’s more striking when one realises that his music was steeped in traditional folk songs, the imprint of the past, healing rituals, and a fruitful and reciprocal communion with the earth. I spoke to a close friend of the musician at the funeral who said he was surprised that Ngqawana had survived last year, which he described as a particularly torrid year for him as family and other personal difficulties took their toll on the jazz pedagogue.

In 2009, just before he turned 50, he was interviewed by fellow journalist Percy Mabandu.

Glances at the netherworld
Before 50, he said, “they lead you away from death. But then they leave you there to die miserably.” It seems his eye was already roving, casting approving glances at the netherworld, seeking to be united with the world of vadzimu (a Shona word for the departed ancestors and the title of his 2004 album).

Another friend of the musician wondered whether Johannesburg, perhaps South Africa, was too small for his penetrative vision, absolute ambition and grand philosophies. A gig late last year is instructive. The show, to commemorate his 51st birthday, was held at the Linder Auditorium in December. There were perhaps 40 or, at most, 50 people in the 300-plus-seat auditorium. Seeing the jazzman, bowl in hand, walk row by row asking people to donate whatever money they had so he could pay his fellow musicians was a sad, affecting sight.

Of course, it was a moment of quick thinking and improvisation, but I wished to see him free up jazz with his saxophone.

I wondered why what the bureaucrats call a world-class African city can sustain all this other stuff and yet suffocate our jazz scene.

Ngqawana picked up the flute at the age of 21; he later went to the University of Natal and the University of Massachusetts, where he studied under accomplished jazzmen Max Roach, Archie Shepp and Yusuf Lateef. His debut album, San Song, was a collaborative effort with a Norwegian jazz ensemble. This signature album laid out a theme to which he returned, but redid each time making it feel fresh.

San Song, divided into three parts, is a melodic and blues-accented spiritual capturing the moment that the migrant worker, driven from his ancestral land, was forced to join the cash economy.

At his best, as on the albums San Song (1996), Zimology (1998), Ingoma (2000) and Vadzimu (2004), one sees a rootedness to traditional folk music and an ability to meld this organically with his formal jazz training and avant-garde inclinations. In a song he’s able to weld sighs and furious blows into the flute; studied blasts into the saxophone and unrehearsed shamanistic ritual chanting; a light brush of the drum kit and frenetic drum beats.

Knowledge of the self
Most of the time it feels like being led into an abyss or fearsome forest. Yet he walks there assuredly, not minding the sharp rocky outcrops, the scree and the slippery moss. He’s been there before and his intention is to show us a path into the unknown and unknowable. Most of us stand on the edge of the forest, unwilling to wander away from our sanitised parks.

The jazzman was drawn to Sufism, a mystical branch of Islam. A poem by 17th-century Punjabi Sufi poet Baba Bulleh Shah seems to encapsulate what Zimology (described by Ngqawana as the “knowledge of the self”) was about.

“You have learned so much/And read a thousand books./Have you read your Self?” That’s a difficult question, but one his music was always trying to answer.

Now that the mystic, the “kultur warrior”, the alchemist and the healer is gone, one wonders who will urge us and beckon, pushing the individual to truly know the self.