Minor glitches as SA goes to the polls 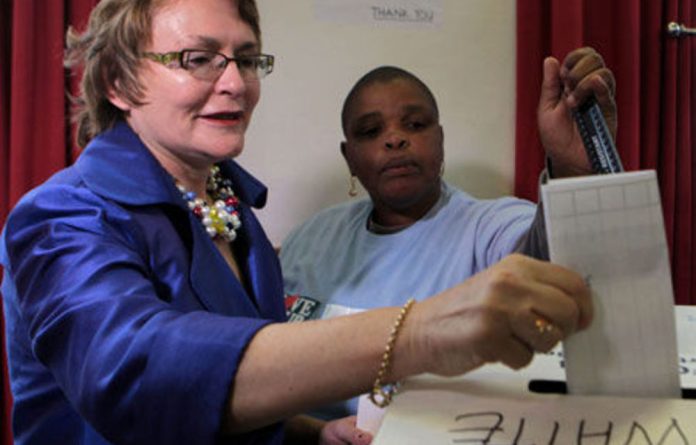 President Jacob Zuma called for “proper” roads, Winnie Madikizela-Mandela called for jobs, and voters called for faster queues as elections continued with some hiccups on Wednesday.

Overall, voting in post-apartheid South Africa’s fourth local government elections went smoothly, but election officials said there were problems in some areas, such as protests, voting stations not opening on time, faulty ID scanners and reports of intimidation.

Zuma was among the first to acknowledge that all was not perfect.

While Zuma warned voters of the wrath of the ancestors if they didn’t vote for the ANC, Zille reminded Atteridgeville residents about their problems with service delivery. We take a look at what the ANC and the DA got up to in the final push before the local government elections.

Voting in his hometown, Nkandla in KwaZulu-Natal, he said: “We want water, electricity and proper roads in this area. We want electricity to cover everybody.”

But he told ululating residents he remained “very optimistic”.

“We have made serious advances. We will surprise many,” said Zuma, who voted at about 11am.

In Johannesburg half-an-hour later, African National Congress (ANC) stalwart Winnie Madikizela-Mandela, also known as the Mother of the Nation, said these elections were an important test for the ruling party.

“Difficult as it may have been, 17 years is not enough time to rectify ills of the past, but it is time to deliver on services and jobs,” she said. She pointed out that voting day fell on the birthday of the late Walter Sisulu, a former ANC president.

“People are understanding that voting for a party means voting for what they are going to do for you for the next five years,” she said in Rondebosch.

The elections were not only a test for the ANC. Inkatha Freedom Party (IFP) leader Mangosuthu Buthelezi was up against National Freedom Party (NFP) leader Zanele kaMagwaza-Msibi, who were both voting in Ulundi.

The two leaders were battling it out for control of the sprawling Zululand district municipality. The NFP is an IFP splinter group.

Three men, two IFP members and one NFP supporter, were arrested for allegedly intimidating each other in Ulundi on Wednesday morning, KwaZulu-Natal police said.

In the Free State, police also had to deal with election-related problems. A voting station and its ablution facilities were burnt down overnight outside Bloemfontein, said Independent Electoral Commissions (IEC) chief electoral officer Pansy Tlakula. Voting started under a tree at Grootvlei, south of Bloemfontein, while officials erected a temporary tent as police forensic investigators combed the scene of the fire.

Protest marches
Elsewhere, protest marches took place in Tswaing in North West, Kuruman in the Northern Cape, Matatiele, Nelspruit, and Tubatse in Limpopo, said Tlakula, but added that these did not disrupt the voting process.

In Rustenburg, knobkerrie-wielding National Union of Mineworkers members protested outside the Karee Mine voting station in Marikana, demanding the voting station be closed. They were protesting because the union had suspended their branch secretary and chairperson.

But the police kept a close eye on the situation until the protesters left the voting station, which did not have people queuing at that stage.

We talk to Jo’burg’s would-be leaders

The ANC’s preferred candidate for mayor of Johannesburg, Parks Tau, and the DA’s mayoral candidate for the city, Mmusi Maimane, share their thoughts on election campaigns, the city’s billing controversy and more.

But by 9.30am, all but one voting station was open countrywide.

The IEC received several complaints of scanners either not working or there being too few scanners at some voting stations, causing long waits for voters.

Voting hours in Johannesburg would be extended in areas with high voter turnouts, the IEC promised.

Some voters said they had been queuing since the early hours of the morning, long before stations opened at 7am.

Former heavyweight boxer Jimmy Abbott was one of those, saying he had returned from overseas commitments as an evangelist to vote in his home town of Heidelberg, Gauteng.

“I never thought voting was that important, but now I know it is. I think my vote makes a real difference, and that’s why I’m here,” said Abbott. — Sapa