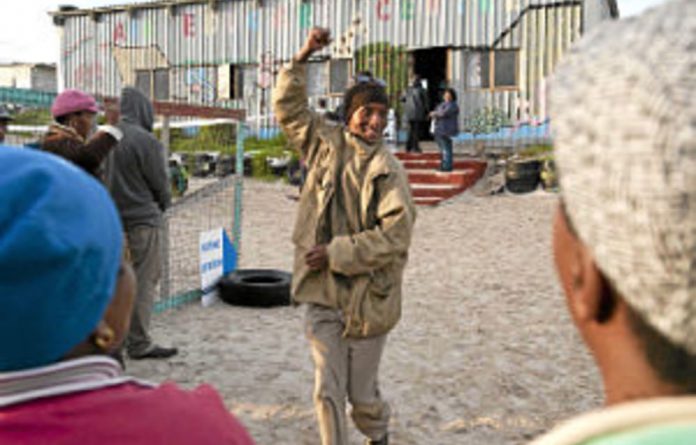 The Democratic Alliance believes it will win its first overall majority in the Cape Town metropolitan council with party strategist Ryan Coetzee predicting that it will take “somewhere between 57% and 60%”.

“We expected a majority but not such a large one,” he said on Thursday. “This is an endorsement of our record of service delivery. I think Patricia [de Lille] was a strong mayoral candidate. The ANC paid the price for having no substance and no manifesto.”

Between them, Mitchells Plain and Khayelitsha account for most of the city’s voters and in the former, Coetzee said the party expected to win about 80% of the vote, meaning that more coloured voters had swung towards it.

Preliminary results indicated that the ANC’s strategy of naming popular Cosatu unionist Tony Ehrenreich as its mayoral candidate had not had the desired effect of winning over significant numbers of coloured voters.

Violent protests and clashes with police involving residents and backyard dwellers erupted this week in Tafelsig, a coloured ward of Mitchells Plain. However, while many residents said they would not vote, others streamed to the four polling stations in the area.

By mid-afternoon on Thursday results had come in from 19 of the city’s 111 wards. Seventeen had gone to the DA, including Kensington, Edgemead, Bellville and Plattekloof, and two to the ANC. However, no results had been received from Khayelitsha, an ANC stronghold. The Independent Electoral Commission said that by early afternoon it had captured 60% of the votes in Cape Town.

De Lille said that if the DA won an overall majority in the city, as seemed to be on the cards, her mayoral term would focus on economic growth. “I want to build on what the party has already built up and to make this city an inclusive one for all,” she said.

Another area of discontent has been the Hangberg fishing village in Hout Bay, where violent clashes between residents and police took place over shack removals in September last year. Many people blamed the DA-run city council, which ordered police to remove the shacks along a firebreak.

Hundreds of people waited in long queues to vote in Makhaza in Khayelitsha, where a Cape High Court judgment three weeks ago slammed the DA-controlled city for erecting unenclosed toilets. This prompted an all-out ANC attack on the DA’s delivery of services in poor areas, but the strategy backfired when news surfaced that there were about 1 600 unenclosed toilets in the ANC-controlled municipality of Moqhaka in the Free State.

In the 2006 local-government election the DA was the largest single party, taking 90 of the 210 seats on the council, ahead of the ANC’s 81 seats. However, because no single party held an overall majority, the African Christian Democratic Party, with seven councillors, forged an alliance with five smaller political parties to form a king-making bloc of 16 councillors that eventually agreed to work with the DA in a multiparty ruling coalition.

Helen Zille was elected executive mayor in 2006 by a three-vote majority over the ANC’s former mayor, Nomaindia Mfeketo. The ruling coalition narrowly survived a series of ANC attacks, including a challenge from the then ANC-controlled ­provincial government. Outright control of the city has, therefore, been one of the DA’s key aims in this municipal poll.

High noon on the Cape Flats
While other Capetonians were flocking to polling stations on Wednesday, 50-year-old grandmother Sumaya Davids faced police in a tense stand-off over the invasion of a littered sportsfield in Tafelsig on the Cape Flats.

One of the many backyard dwellers who staked out a plot on the city-owned field last weekend, Davids said she was tired of waiting for a home for her three daughters and dis­abled granddaughter. The municipal elections held little interest for her and she, like many other backyard dwellers in Mitchells Plain, said she had no intention of voting.

Her 22-year-old daughter Faziela was hit when police fired rubber bullets and teargas at backyard dwellers, residents and journalists who had gathered near the field on Tuesday, but her mother seemed unfazed by this. “I’ve got to have a home for all of us,” said Davids. “It is just too crowded in the tiny room we rent. I’ve been on the local government housing list for eight years and I don’t see any other way.” One resident said she had been on the housing list for 38 years.

Davids said she did not believe the ANC or the Democratic Alliance had “done right by the growing community of backyard people in Cape Town”. Her two-year old granddaughter, Labeeqah, who is blind, need full-time care. “Nobody else can cope with her. I have to look after her and my daughters and we need a home. I pay R500 a month for my room and we cram in,” she said.

As voting got under way, the Cape Town council was awarded an urgent interdict by the Western Cape High Court barring people from illegally occupying land in Tafelsig. The eviction order application will be heard on June 1.

For Davids the news was devastating — she had handed in notice on her room after members of an informal group claiming to represent backyard residents told her that the land had been given to them. Many others had also forfeited their backyard dwellings, she said.

“We were told the land now belongs to us, but this morning they had another story. Now we’re stranded,” said Davids. By Wednesday lunchtime the field had been cleared and only the pieces of wood and ribbons the invaders had used to stake out their claims remained. Police continued to maintain a strong presence.