Forced HIV testing up for debate 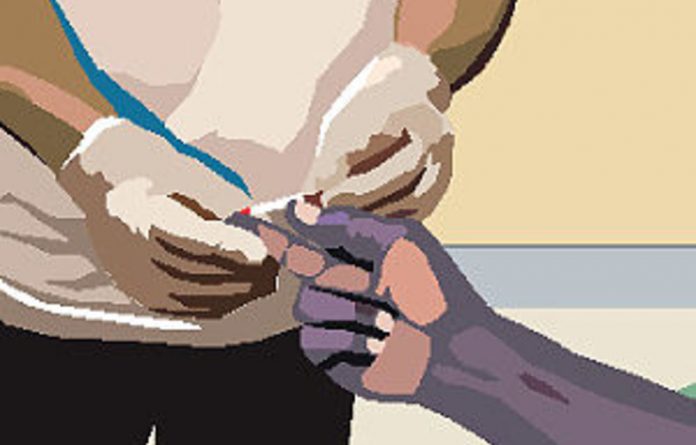 Universal testing and the immediate treatment of HIV-infected individuals could dramatically reduce, or even eliminate, HIV transmission, according to a mathematical model published in 2009 by Dr Reuben Granich of the World Health Organisation.

How could it work? The medical humanitarian organisation, Médicines sans Frontières (MSF), and the University of Cape Town’s Students’ Health and Welfare Centres Organisation (Shawco) recently hosted a debate about the effects of mandatory testing for HIV and the use of antiretroviral treatment as a method to prevent the spread of HIV.

The viral load of people living with HIV who are following an effective antiretroviral therapy regimen can at times reach undetectable levels in their bodily fluids. Research suggests that when the viral load is undetectable in blood the risk of HIV transmission is significantly reduced. A study of couples where one partner was HIV-infected and the other was not showed that when the viral load of the HIV-infected person was undetectable owing to the use of antiretroviral therapy the risk of sexual transmission of HIV was decreased by 92%.

On the panel for the debate was Dr Gilles van Cutsem from MSF, who argued that mandatory testing for HIV and the initiation of treatment (commonly known as the test-and-treat strategy) were critical to reverse the current trend of increasing HIV infections.

He was supported by Pholokgolo Ramothwala, an HIV activist and journalist who was initially opposed to mandatory testing for HIV but changed his view after witnessing the unnecessary deaths of many people around him who did not know their HIV status. He argued that mandatory testing was the only way to prevent this.

Taking an opposing view, Professor Leslie London, the director of the School of Public Health at the University of Cape Town, argued that mandatory testing for HIV went against the fundamental human rights of people and that there were other methods that could encourage people to be tested for HIV that should be explored.

Dr Janet Giddy, a family physician who has focused on HIV care for the past 10 years and who was the HIV programmes manager at McCord Hospital in Durban until last year, argued that HIV testing, with the use of pre- and post-test counselling, should be carried out as it is for other diseases, such as malaria. She argued that HIV testing should be offered at every visit of a person to a health facility — with the option of refusing — instead of the current approach that requires people to come forward on their own accord if they wish to be tested.

Ramothwala said: “Last month the minister of health stated that 70 000 babies were born with HIV last year. Why is this when we know that we have a rigorous prevention of mother-to-child-transmission programme? It is because people are afraid to be tested for HIV.”

Ramothwala, who has openly lived with HIV for the past 13 years, said: “As people living with HIV, we need to be able to assist in stopping the spread of HIV but to do that we need to know our status.” He said mandatory HIV testing could be likened to laws about wearing safety belts in cars, which limits human rights but protect people. “Why is it that we wait for people to be so sick with HIV that their bodies cannot recover, even if they start HIV treatment?

“The risks and benefits for a patient to be tested have changed. New antiretrovirals are less toxic and there is overwhelming evidence that early treatment is effective, which is a strong argument for mandatory testing. For us to stop HIV today, we need people to know their status,” Ramothwala said.

According to the International Covenant on Political and Social Rights, the main human-rights covenant, human rights may be limited when this is in the public interest, but these measures must be necessary to achieve a specific objective. In this case it would mean that mandatory testing is necessary to eliminate HIV and that there is no other way to achieve this.

According to London, this is not the case for mandatory testing for HIV because there were other measures that could encourage more people to be tested for HIV, such as getting political leaders, celebrities and sports stars to create a culture of testing for HIV in South Africa.