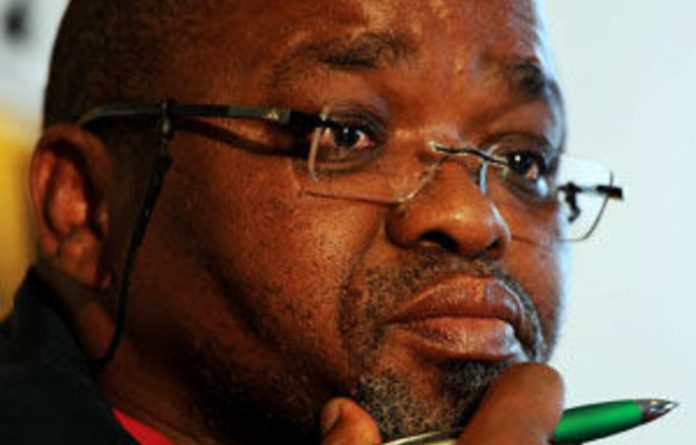 African National Congress Youth League (ANCYL) president Julius Malema lost votes for the ANC in minority communities, but the ANC will reprimand him about his comments behind closed doors because they were not in line with ANC policy.

“To say whites are criminals is not ANC policy,” said ANC secretary general Gwede Mantashe at a briefing at the ANC headquarters, Luthuli House in Johannesburg.

He admitted that comments by Malema cost the ruling party votes from minority groupings, but did not want to say how Malema will be held accountable for this.

“People would be switched off by comments they feel are racist, but we are all still too oversensitive,” he said.

Local leaders of the ANC will, however, have to face the music if their regions performed badly during the elections, but President Jacob Zuma will escape responsibility for the drop in the ANC’s vote by more than 2% in the local government elections, Mantashe said.

“This thing about Zuma is what we read in the media; there is not a debate about it in the ANC. I doubt it will be discussed by the NEC [national executive committee], it is not a major issue for the NEC this week. The newspapers who report on that are in a different world,” Mantashe said.

Not so lucky
But regional leaders will not be so lucky.

“Leaders will be held accountable for the losses, but this is not a master-servant relationship. We will do an analysis of what went wrong, because there are more factors than just performance. Leaders will be part of that process,” Mantashe said.

Mantashe bemoaned the retention of Midvaal and Baviaans by the DA, saying these are “psychological issues” rather than the ANC wanting to gain these municipalities for economic purposes.

He announced that Home Affairs Minister Nkosazana Dlamini-Zuma will head a task team that will sort out the unhappiness around the list processes in some areas. Shortly before the elections, Zuma promised to sanction by-elections over councillors who were found to be fraudulently added to lists.