Mbalula to take it easy after Cabinet collapse 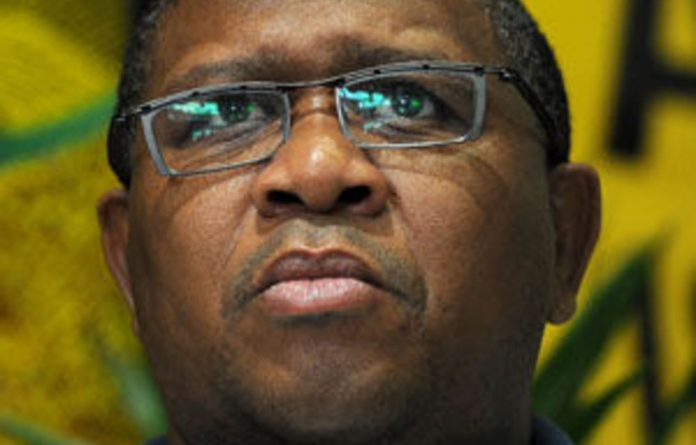 Sports and Recreation Minister and ANC head of organising and campaigns Fikile Mbalula was monitored overnight in hospital after he collapsed during a Cabinet meeting, a spokesperson said on Thursday.

His programme would be eased up for a while to allow him time to rest, said ministerial spokesperson Paëna Galane.

Galane said Mbalula updated his Facebook status on Wednesday night to explain that the problem was exhaustion.

The 40-year-old former ANC Youth League president and deputy police minister succumbed to “flu-like” symptoms, according to a government statement issued after his collapse on Wednesday.

Medical care was administered and he was admitted overnight for observation.

Part of his job in the ANC was to help run the party’s campaign for last week’s local government elections.

He was also involved in a vehicle accident earlier in May.

“He never rested after the elections,” said Galane.

“We have been advised to give him some time to relax and not to overcrowd him with work.”

He was scheduled to go in to the office on Thursday, but efforts would be made to “relax his programme”.

Government spokesperson Jimmy Manyi said he spoke to Mbalula’s doctor on Thursday morning and that all tests run on him had come back negative. — Sapa