Shilowa’s Cope faction cosies up to the ANC 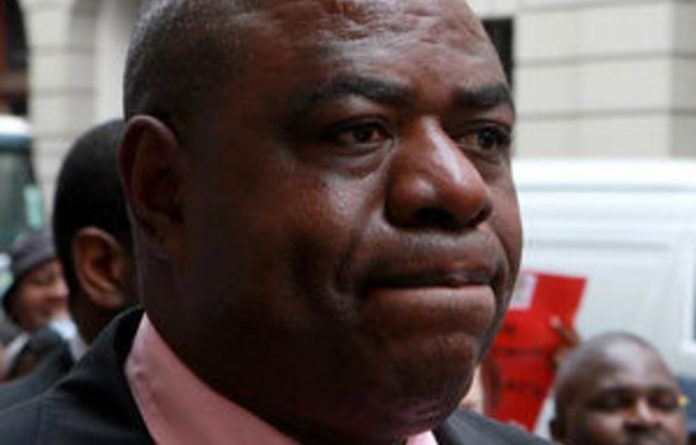 A Congress of the People (Cope) faction aligned to party co-founder Mbhazima Shilowa will side with the ANC as coalitions are formed in local councils around the country, a party leader said on Thursday.

Mluleki George, who claims to be the party’s acting president, said that although Cope still had “serious reservations” about the current character of the ANC, there was “no doubt” about its policies and commitment to transformation.

“Our belief in affirmative action, social and economic transformation is unwavering,” George said.

“In choosing our social partners we can never dishonour the course of freedom and any prospective partner must demonstrate that they have the credentials and have stood the test of time in fighting for transformation.

George said Cope’s national leadership met on Wednesday to deliberate on coalition prospects after a request from the party in the Western Cape.

He said Cope had agreed to direct its candidates to accept a mayoral position in Hessequa, a mayoral committee seat in Cederburg and a speaker position in the Laingsburg municipality.

The party would constantly monitor the relationship with the ANC to ensure it was of the benefit of the people, he said.

“We believe that co-operation with other political parties can only function and be effectively realised when there’s shared values, vision and commitment. These must always be the foundation for co-operation.”

Kingmakers
George said Cope kingmakers were “opting” for the leadership of Shilowa over his rival party leader Mosiuoa Lekota.

He said that on March 25 Shilowa’s “legitimate” Cope leadership took a decision not to participate in the elections after the Western Cape High Court held the party’s leadership contest in abeyance.

“Subsequently, it became clear that the message reached some of its branches after they had already submitted.

“At local level most of the party structures used their discretion and went ahead with the contest as prospects of success seemed favourable.”

Lekota’s faction in Cope was not immediately available for comment.

Meanwhile, the ANC and the Pan Africanist Congress (PAC) have formed a partnership to govern the Cederberg municipality, the ANC in the Western Cape said on Thursday.

“This is borne out of deep understanding of a social injustice that continues to visit our communities. As fellow liberation movements we share strong concern for the poor and historically oppressed people of the Western Cape,” the party said.

“”The ANC and PAC are defenders of the 1994 victory over a system of oppression and discrimination.”

The ANC said the partnership with the PAC was significant as it led to two “truly African” parties joining hands to dispel “a white supremacist view that Africans cannot govern”.

“The ANC and PAC are taking up its roles to oppose the [Democratic Alliance] provincial government and also in the councils under DA-rule,” the ANC said.

“Where possible, the ANC shall form coalitions against the DA. More talks will be held with other parties and individuals or independents to come to more agreements.” — Sapa