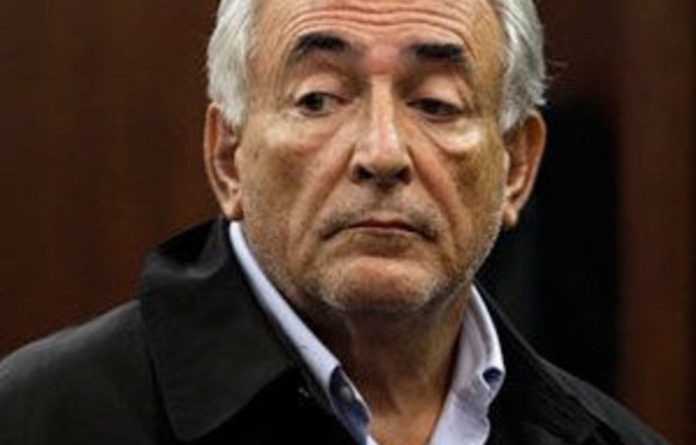 Dominique Strauss-Kahn on Wednesday switched his place of house arrest to a luxury pad said to boast everything from roof access to home theatre in one of Manhattan’s trendiest districts.

The former head of the International Monetary Fund, who is awaiting trial on charges that he sexually assaulted a New York hotel maid, is not allowed under the terms of his $6-million bail to leave home.

But at his staggeringly cushy new digs in the Tribeca neighbourhood, he’d be forgiven for not wanting to.

According to a real estate listing the townhouse at 153 Franklin Street has four bedrooms, a jet tub and waterfall shower, a movie theatre and other VIP trappings.

Strauss-Kahn, who until his arrest May 14 was one of the world’s most influential individuals, has seen a dizzying fall in the last week and a half.

Marched out in handcuffs before the media, described by prosecutors in court as a violent sex offender, and forced to spend several nights in New York’s tough Rikers Island jail, the man until now seen as a potential next French president has seen the rough side of life.

Now, thanks to his wealthy wife Anne Sinclair, he’ll be able to wait for his June 6 court appearance — where he is expected to enter a plea of not guilty — in serious comfort.

Guarded
A listing on townrealestate.com shows the house was recently put on the market for nearly $14-million. It is not known who owns the house now or how much Strauss-Kahn is now paying in rent.

Features pictured on the site include the theatre with six identical movie-house-style chairs, an ultra-modern staircase and a main bedroom with a leopard print rug over a low double bed.

The fine living will come with serious restrictions.

Strauss-Kahn was granted bail on condition that he be under armed guard around the clock. He must also wear a GPS monitoring device and the exits of his house are watched by video cameras. He is only allowed out for court and lawyer visits, to seek medical attention or to pray at once-a-week religious services.

The townhouse was apparently chosen to circumvent the problem faced by Sinclair when she initially attempted to rent an apartment in a luxury tower, but found residents blocking the deal. That setback forced Strauss-Kahn to be put up temporarily at an apartment in lower Manhattan, near Wall Street, that was held by the security company managing his home detention.

Exonerated
Strauss-Kahn’s fall has triggered a battle around the world over who will replace him at the helm of the IMF.

In New York, though, the Frenchman’s chief concern is preparing to defend himself in court.

The maid who alleges that he assaulted her when she went to clean his room at the high-end Sofitel hotel near Times Square has not been seen in public since the scandal broke.

On Wednesday, lawyers for Strauss-Kahn denied reports they had been in contact with the woman or her relatives.

“Reports that Mr Strauss-Kahn’s attorneys or representatives are in contact with the complaining witness or her family are false,” Benjamin Brafman and William Taylor said in a statement.

French and United States media have been full of rumours about possible contacts between Strauss-Kahn’s defenders and the alleged victim.

A report in the New York Post this week said offers of payments were being made by Strauss-Kahn’s “friends” to the woman’s impoverished family in the West African country of Guinea.

The lawyers’ statement also repeated that they “believe that Mr Strauss-Kahn will be fully exonerated”. — AFP