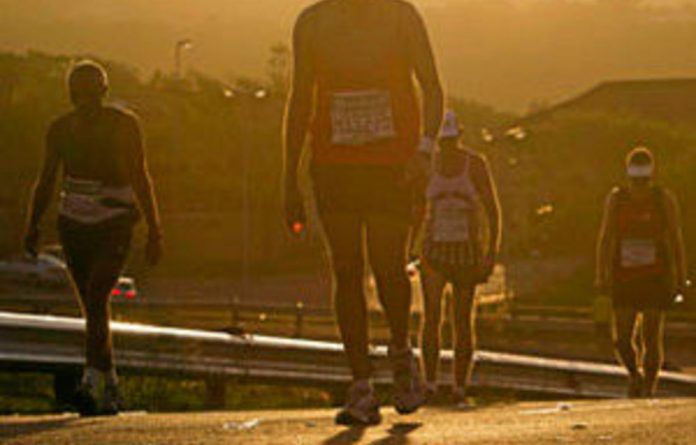 Ninety years after the race was first run, the Comrades Marathon remains as relevant as ever and as much a permanent fixture on the South African sporting calendar as events such as rugby’s Currie Cup and the Dusi Canoe Marathon.

Should you doubt it, just pop down to the start of this year’s race in Durban on Sunday morning and sample the nearly 20 000 runners who will line up for what is an “up run”, that is, a start in Durban and finish in Pietermaritzburg, just less than 90km later.

But, what’s interesting is the various takes on what the modern Comrades represents, as opposed to the founding principles of the event, which originated nearly a century ago, thanks to the efforts of race founder Vic Clapham.

“But the essence of the race is different in the sense that it’s now massively commercial and there was a huge amount of resistance to that, particularly with regard to prize money.
“Now, you’ve got major sponsorship, television coverage, commercial clubs and world-class seconding tables. It’s a huge international event.”

One could argue that it’s nearly impossible to avoid the commercialisation of an event that has so much appeal in terms of elite athletes and the challenge it offers the average marathon runner.

But Runners World editor Mike Finch, while quick to praise the efforts of the organisers in attracting such a huge number of entries, believes they have got a few things wrong in recent years.

“The nature of the race has changed,” said Finch.

“Arguably, I think Comrades’ biggest mistake has been to provide an incentive for the first person through the halfway mark, which has changed the way the race is run, because the commercial teams now just put ‘rabbits’ in front to try to get that cash incentive and TV time.

“What you’re seeing now on television is two races: one guy racing for the halfway prize and exposure for the sponsors and another race behind, which unfolds only about 30km from the finish. It ruins it, to some extent.”

‘A class of his own’
That “second” race will be where the event is won and lost this year, according to Fordyce, who won six up runs and this year, at the age of 55, will be attempting to earn a silver medal by finishing within seven-and-a-half hours for the first time since 1996.

“It’s won in the last quarter from Camperdown to the end. Not only on Polly Shorts, necessarily. In fact, generally, the person who goes into Polly Shorts in the lead is the one who goes on to win it,” he said.

Finch believes that when considering potential winners of the 2011 men’s race one should look no further than the man who’s won the Comrades for the past two years: Zimbabwe’s Stephen Muzhingi.

“He seems to be in a class of his own. He’s already a multiple winner and just seems to have the genetic ability to pull it off.

“What he does well is focus on the Comrades alone. Muzhingi’s whole life revolves around it, whereas the South Africans, particularly the sponsored athletes, know that they’ve got retainers and the incentive for them is probably not as strong as it is for Muzhingi, whose very life depends on it.”

Finch said it’s difficult to pinpoint the South African contenders, saying that, as a whole, the race is as open as it’s ever been.

Another factor in that is the absence of record holder Leonid Shvetsov, who is under a cloud of drug-taking allegations, or any other notable international contender.

However, Finch likes two of last year’s surprise packages in the form of 2010 runner-up, Ludwick Mamabolo and KwaZulu-Natal’s Claude Moshiywa, who finished seventh. The last, he believes, could well go a couple of places better and challenge for the title.

Women to watch
The women’s race is a bit easier to call, with the Russian Nurgalieva twins — Elena and Olesya — expected to battle it out once again.

From a South African perspective, Finch believes the two women to watch are Adinda Kruger and Lindsay van Aswegan, who both finished in the top 10 last year and could well push the consistent Farwa Mentoor for the leading South African woman’s position.

Further back, thousands of mostly South Africans will be doing their damnedest to make the 12-hour cut-off time at 5.30pm in Pietermaritzburg on Sunday evening. It’s generally accepted that just meeting this arduous physical challenge is exceptional.

“There’s no doubt that running two marathons back-to-back, plus five more kilometres, in the world of international running, is unheard of.

“Some of the Americans I know think we’re nuts. Yet 20 000 South Africans and a few internationals do it every year, which proves what the average person is capable of with a bit of dedication and training. It really is something to be proud of.”