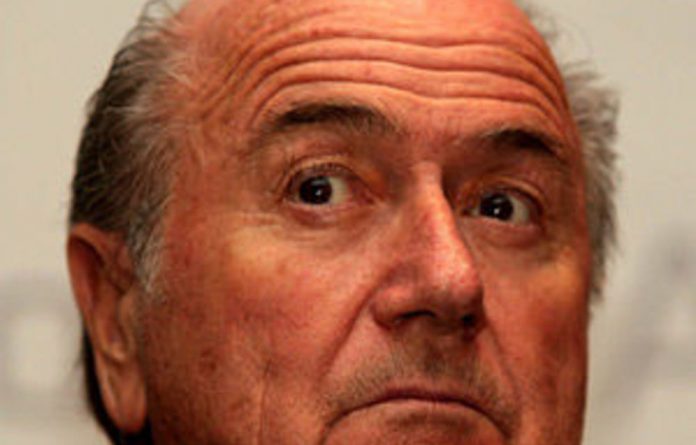 English Football Association chairperson David Bernstein said in a statement that Wednesday’s election in Zurich needed to be postponed in order to allow a credible reform candidate to run against incumbent Sepp Blatter.

Blatter is set to be re-elected unopposed for a fourth term by Fifa’s congress on Wednesday after the suspension of his election rival Mohamed bin Hammam pending investigation into bribery allegations.

But Bernstein said the mounting corruption allegations had prompted the FA to request for the postponement of the election “to give credibility to this process” and allow a “reforming candidate” to stand.

The FA also called for a “genuinely independent external party” to make recommendations for reform of Fifa’s decision-making processes.

“This has been a very damaging time for the reputation of Fifa and therefore the whole of football,” Bernstein said.

“To improve confidence in the way the game is governed at the very top, we believe these requests would be a positive step forward and the minimum that should take place.”

“I think the reform has to be very deep,” Murray told the Sydney Morning Herald. “In all reality, there probably has to be complete structural and also constitutional reform.

Murray was speaking in the wake of the suspension of Bin Hammam and Fifa vice-president Jack Warner following allegations they offered bribes in the campaign to oust long-serving supremo Blatter.

The suspensions followed weeks of revelations which have alleged several other members of Fifa’s executive committee were involved in corruption during the votes for the 2018 and 2022 World Cups.

However embattled president Blatter adopted a defiant stance in a press conference before journalists at Fifa headquarters on Monday where he denied the organisation was in crisis.

“Crisis, what is a crisis?” Blatter said. “We are not in a crisis. We are only in some difficulties and these will be solved within the Fifa family.”

‘They have exceeded their mandate’
Blatter also rejected suggestions that the vote for the 2022 World Cup — awarded to the oil-rich Gulf state of Qatar — should be held again.

“I can tell you that so far delegates from nine or 10 federations have gone home after arriving here,” the official told Agence France-Presse (AFP) in Zurich, declining to name the countries involved.

“There is a deep sense of outrage amongst all of the delegates I have spoken to about the actions of the Fifa ethics committee. They have exceeded their mandate,” he added.

Asian delegates declined to say whether they would stage a protest at the congress similar to their walkout in 1999, when they dramatically stormed out of a meeting in Los Angeles over World Cup places.

“But we are planning to make our voices heard,” AFC vice-president Ganesh Thapa told AFP. “Mohamed bin Hammam has been a great leader for Asia. This is not fair play.” — AFP