Endeavour touches down after final mission to space 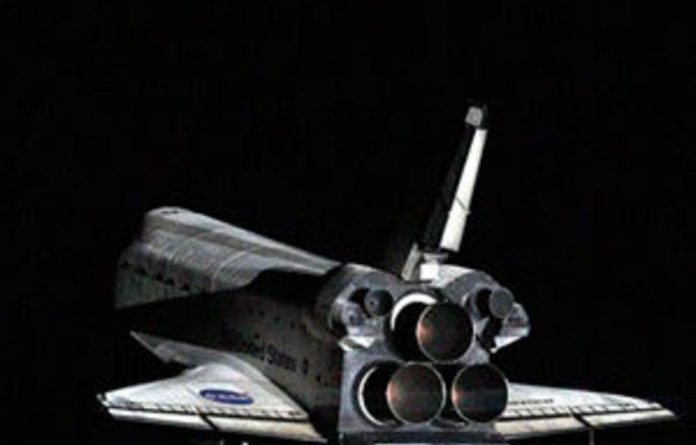 The space shuttle Endeavour glided home for its final landing early on Wednesday and the conclusion of the next to last mission of the 30-year-old US shuttle programme.

Endeavour and its crew of six astronauts — five Americans and one Italian — made a nighttime touchdown at Florida’s Kennedy Space Centre at 2.35am (6.35am GMT), the US space agency Nasa said.

“It is sad to see her land for the last time but she really has a great legacy,” shuttle commander Mark Kelly said, moments after landing the youngest ship in the US fleet, ending its 25th journey to space.

The astronauts just finished STS-134, a 16-day mission to the International Space Station, where they installed a $2-billion physics experiment to probe the origins of the universe and conducted four spacewalks.

The final flight by Atlantis is set for July 8, and Nasa sent the shuttle from the Vehicle Assembly Building at Kennedy Space Centre out to the launch pad one last time on Tuesday at 8pm (midnight GMT).

Milestone
The event marked a major milestone toward the end of a three-decade programme of human space flight and exploration, and it drew thousands of camera-toting employees and media.

After the US shuttle era, the world’s astronauts will rely on Russia’s space capsules for transit to the orbiting lab at a cost of $51-million per seat until a new US crew vehicle can be built by private enterprise.

Nasa has said that a shuttle replacement could emerge sometime between 2015 and 2021.

“There is going to be a period of time when Americans aren’t flying on US spacecraft, so that’s a challenge,” Kelly (47) told US media in a broadcast from space on Tuesday, the last day of Endeavour‘s mission.

“People leave, you know, engineers and operations people will move on and do other things, so it is the corporate memory that I think I am most worried about,” he said.

“But over time, we will get the right mix of people. Nasa has an incredible workforce, it is very talented and you know, from the late 1950s to today we have taken on great challenges and we have never failed.”

Endeavour is the youngest of the shuttle fleet, which also includes Discovery and Atlantis. Discovery retired after returning from its final mission in March.

Two of the original fleet were destroyed by explosions in flight — Challenger in 1986 and Columbia in 2003. Fourteen astronauts were killed in the disasters.

Endeavour was commissioned in the wake of the Challenger explosion and first flew to space on May 7 1992. It has amassed a total of 299 days in space and traveled 198-million kilometres, Nasa said.

The other shuttle is Enterprise, which was a prototype that never flew in space and has long been on display in a museum outside Washington.

During nearly 11 days at the space station, the crew delivered and installed the Alpha-Magnetic Spectrometer-2, which will be left there to scour the universe for clues about dark matter and antimatter.

They also brought up a logistics carrier with spare parts and performed some maintenance and installation work during four spacewalks, the last to be carried out by an US shuttle crew.

A spacewalk is planned during the Atlantis mission in July but it will be done by the space station crew and not US shuttle astronauts.

After the final shuttle mission, the three spacecraft in the flying fleet and the prototype Enterprise will be sent to different museums across the country. Endeavour will be sent to California. – AFP