Fifa hands reins back to Blatter 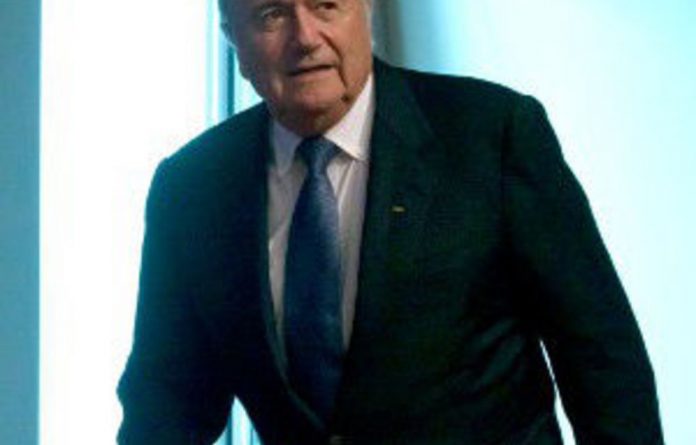 Blatter (75) was given a free run at another four-year term following the withdrawal on Sunday of Asian football chief Mohamed bin Hammam, who was later suspended amid claims he tried to bribe voters with cash-filled envelopes.

Delegates at Fifa’s 61st congress returned Blatter by a landslide of 186 votes out of 203 after an 11th-hour call for a postponement of the election by England’s Football Association ended in a crushing defeat.

“We will put Fifa’s ship back onto the right course in clear, transparent waters,” Blatter said after clinching victory. “We will need some time but we shall do it. Our pyramid is strong because the foundation is strong.”

Blatter, who took over Fifa in 1998, has faced widespread calls for reform following allegations of sleaze surrounding the bidding for the 2018 and 2022 World Cups, awarded to Russia and Qatar.

Several key Fifa sponsors had joined forces on Tuesday to call on Blatter to reform the organisation, voicing concern about the damage being done to the image of football by the wave of negative headlines.

Earlier Blatter pledged to initiate radical reforms including an overhaul of the way in which future World Cup hosts were chosen.

‘A significant degree of suspicion’
Blatter said tournament hosts would in future be picked by all 208 Fifa members, rather than the 24-strong executive committee which has awarded hosting rights in the past.

Fifa confirmed this change on Wednesday.

“I want to give more power to the national associations,” said Blatter, who has vowed to step down as Fifa president in 2015.

“In the future the World Cup will be decided by the Fifa congress. The executive committee will create a shortlist — but will make no recommendations only a list — and the congress will decide on the venue.”

Fifa had been forced onto the defensive following testimony in the British Parliament last month that senior officials had sought cash and favours during the bidding process for the 2018 and 2022 tournaments.

“I think there is a significant degree of suspicion that one cannot just dismiss,” Zwanziger told ZDF public television, when asked about calls for Fifa to strip Qatar of its hosting rights.

“And that is why I reckon that the awarding of this World Cup must be re-examined with regard to these concerns,” he said.

Bin Hammam and influential Fifa vice-president Jack Warner were suspended by the organisation’s ethics committee pending an investigation into claims they offered bribes of $40 000 in a bid to topple Blatter.

English Football Association chairperson David Bernstein had sought to have the vote postponed following the withdrawal of Bin Hammam.

“The election has turned into a one-horse race … a coronation without an opponent provides a flawed mandate,” Bernstein said.

But England’s attempts to take a stand fell flat, with voters dismissing the motion by 172 votes to 17, emphasising the vast gulf between footballer’s rulers and the country which invented the sport.

Blatter’s pledges for reform came after sponsors Coca-Cola, Visa, Emirates and Adidas spoke out against the negative impact that recent corruption scandals were having on the organisation.

Fifa’s sponsorship deals have helped to raise hundreds of millions of dollars for the organisation since Blatter took over in 1998, making Fifa the richest sports body on the planet with mammoth cash reserves of $1.3-billion.