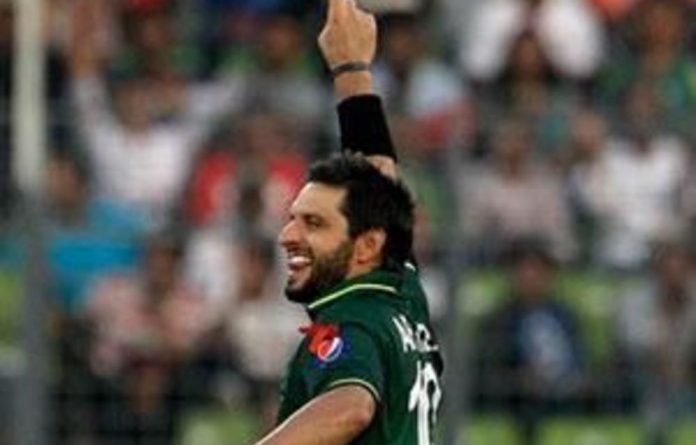 Thousands of cheering fans greeted former Pakistan captain Shahid Afridi as he returned home on Sunday hoping to “get justice” in his battle with the country’s cricket authorities.

The 31-year-old’s attempts to join Hampshire for the English Twenty20 season were halted when the Pakistan Cricket Board (PCB) revoked his permission to play following his decision to retire from international cricket last week.

Around 3 000 fans gathered at Karachi’s international airport in support of the all-rounder, chanting slogans against the PCB and its chairperson Ijaz Butt.

“I will decide on my future course of action on Monday after consulting my lawyers and hope to get justice,” Afridi told Agence France-Presse.

Afridi took the abrupt decision to retire in protest after he was replaced as Pakistan’s one-day captain last month despite leading the side to the World Cup semifinal earlier this year.

In a situation that will be all too familiar to Pakistan fans, differences had developed between Afridi and coach Waqar Younis, prompting the all-rounder to make his grievances public — which led to the PCB replacing him.

In announcing his retirement, Afridi accused the PCB of mistreating him and vowed not to play under the current set-up of the board, headed by Butt.

The PCB responded by suspending Afridi’s contract and revoking the so-called “No-Objection Certificate” that would have allowed him to play for Hampshire in the Twenty20 tournament.

The board also convened a three-man disciplinary committee to deal the case and ordered Afridi to appear before it on June 8.

‘A matter of honour’
Afridi said he was never bothered about the captaincy.

“A lot of other players also feel they were mistreated but they cannot go public fearing for dire consequences.”

Since announcing his retirement Afridi has received political support, with opposition Pakistan Muslim League and the Muttahida Qaumi Movement, an ally of the ruling Pakistan People’s Party, vowing to support him.

The PCB said it was concerned that Afridi’s case had turned into a political issue.

“PCB has been criticised for being ineffective in the past in the context of discipline. It would now appear an attempt by some forces to prevent the board from implementing the code of conduct and their act may well damage Pakistan cricket,” the statement said. — AFP