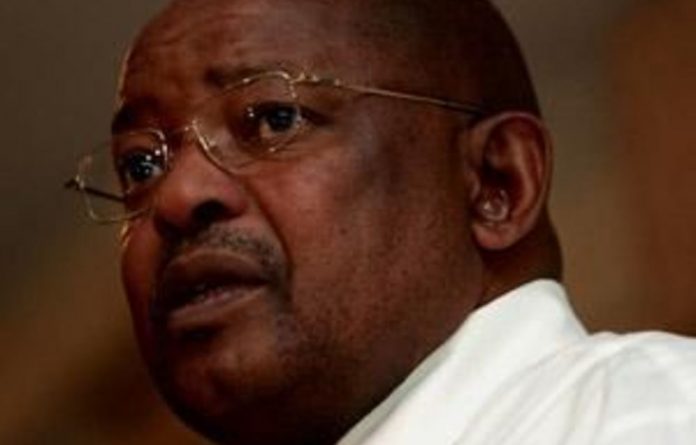 Lekota was forced to overrule four senior Cope leaders who had voted against his decision to take the party into coalitions with the Democratic Alliance at municipal level, preferring partnerships with the ANC.

Cope insiders also told the Mail & Guardian that after the elections many leaders “have dirt on their hands” and therefore could not point fingers at each other about the failure of the party to win more votes.

“There are concerns around the issue of honesty among ourselves as leaders,” the minutes of a Cope meeting held on 28 April said.

Been there, didn’t get the T-shirt
One point of ire dividing Lekota’s camp involves elections boss Nozipho Kalipa, a close ally of the Cope founder, who is being blamed by senior party members for a consignment of T-shirts that was never delivered, despite a payment of R800 000.

The M&G reported shortly before the elections that Cope’s election campaign was in shambles due to a lack of election materials, for which Kalipa was also responsible.

“The problem is that the money was donor money, which we have to account for. And the membership are putting pressure on the leadership and asking what happened to the money. This is very serious corruption and these people must go to jail. There is no political reason behind this; it is just greediness,” he added.

Allegations were previously made by Cope leaders that Kalipa was paying off an old debt to the supplier using inflated prices, but Kalipa has denied this.

A source said Kalipa’s case had not been discussed by the top leadership.

“He was asked for a report on the elections and for a financial report, but none has been forthcoming,” a senior Cope leader said.

Another leader, who is also an MP, said there was an attempt to get the treasurer Hilda Ndude to table the report, but she “ducked” the issue.

“I get a sense that things are being fudged,” he said.

A Cope official told the M&G that Lekota was hesitant to take action against Kalipa because “a number of Lekota’s closest allies screwed up as well”.

The official pointed to alleged irregularities around the Cape Town candidate list for the city council, where Cope mayoral candidate for Cape Town JC Krynauw and former DA member Kent Morkel were placed at the top of the Cope list to the chagrin of Western Cape Cope leaders.

According to several Cope sources the pair were not Cope members until they appeared on the list. Ndude was responsible for these lists.

To add to Lekota’s woes, Ndude, Cope policy chief Smuts Ngonyama, Western Cape leader Leonard Ramatlakane and chief whip Thomazile Botha voted in favour of going into coalitions with the ANC instead of the DA. They were overruled but insiders say Lekota took a knock because he pushed for coalitions with the DA.

Cope spokesperson Philip Dexter could not be reached for comment.