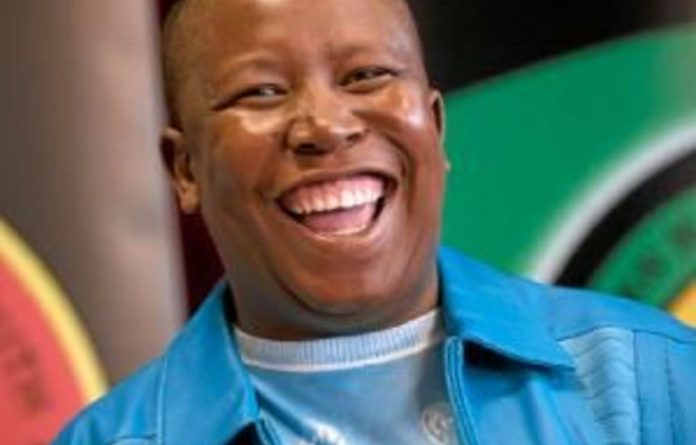 Cosatu will “name and shame” corrupt politicians and government officials in Limpopo next week and hand over evidence of government corruption to the police, according to Dan Sebabi, the union movement’s provincial secretary.

This follows allegations that a health department contract was awarded to a relative of Julius Malema to pump funds into his campaign for a second term as the ANC Youth League president.

Zwelinzima Vavi, Cosatu’s general secretary, will be present in Polokwane when the names of those involved and details of their transgressions will be made public at a press conference. Afterwards Cosatu members will march to Limpopo premier Cassel Mathale’s office.

Last week it was revealed that the health department awarded contracts worth R167-million without following tender procedures. They were for the provision of medical supplies to the department’s medical depot in Polokwane, including labels for medicine bottles and patient referral forms. The contracts benefited a relative of Malema’s, and Mathale and Malema are close ­political associates.

The Democratic Alliance said the process did not follow the treasury’s prescribed procedure for tenders in excess of R500 000 and asked the treasury to investigate the matter. One of the tenders, worth R44-million, was awarded to Tshepo Malema, Julius Malema’s cousin.

Ahead of its elective conference on June 16, we’ll be running multimedia features looking at the ANC Youth League’s main players. First up: Mandy Rossouw dissects the prospects of the youth league’s controversial incumbent president, Julius Malema.

Tshepo admitted that he was awarded the contract, but said he had not yet been paid. “Yes, I have contracts. I am a young growing businessman and part of my work is not to respond to newspapers. I didn’t even know about the investigation.

“Anyway, I have not received any payment from them. Maybe you can ask them about that,” he said.

Joe Maila, the health department spokesperson, said the department was looking into the awarding of the contracts because irregularities had come to the fore, which the department wanted to investigate before it paid for services rendered.

“We suspect somebody is manipulating the process and that there is a problem at our medical depot relating to this,” he said. Phil Setsiba, the senior manager for pharmaceutical services, was suspended pending the outcome of investigation, Maila said.

Two sources told the Mail & Guardian that Tshepo Malema received a slice of the contracts to provide funding for Julius Malema’s re-election campaign. Julius Malema called the M&G to correct a mistake in the initial story on the M&G‘s website, in which Tshepo was described as Julius’s brother, but he did not deny that some of the money would be used for his campaign.

Last week when the treasury re­leased a list of individuals and companies prohibited from doing business with the government, Limpopo businesses featured prom­inently. “Maybe it is because this is the poorest of the provinces and there is such widespread poverty,” said Sebabi.

It is alleged that the premier’s office issued an order to allow the contracts to go ahead, but Mathale’s office denied his involvement.

Ahead of its elective conference on June 16, we look at one of the ANC Youth League’s main players: Gauteng sports minister Lebogang Maile, who is considered one of the main contenders for the ANCYL’s presidency.

“The premier is not responsible for the awarding of contracts in government. Supply chain management issues are governed by the Supply Chain Management Framework Act. All departments are guided by this legislation when they deal with procurement matters and the premier does not play any role in this process,” Phuti Mosomane, his spokesperson, said.

Insiders said the Limpopo government rushed through the contracts without following the normal procedure of advertising a tender and waiting for bids.

The department of health and social development has been dogged by corruption allegations. The pro­v­incial minister for health in Limpopo, Miriam Segabutla, was replaced earlier this year after news reports highlighted irregularities concerning the awarding of tenders. Her replacement, Dikeledi Magadzi, and the head of department have ordered an investigation.

Sebabi said that the trade union federation would demand the arrests of the people who would be named “irrespective of their positions in society”. He refused to be drawn on who was on the list, saying that would be revealed next week.

The evidence in Cosatu’s possession implicated provincial government departments, parastatals and municipalities, Sebabi said. “The masses of Limpopo are be­hind us on this. People are tired of these things happening all the time.”