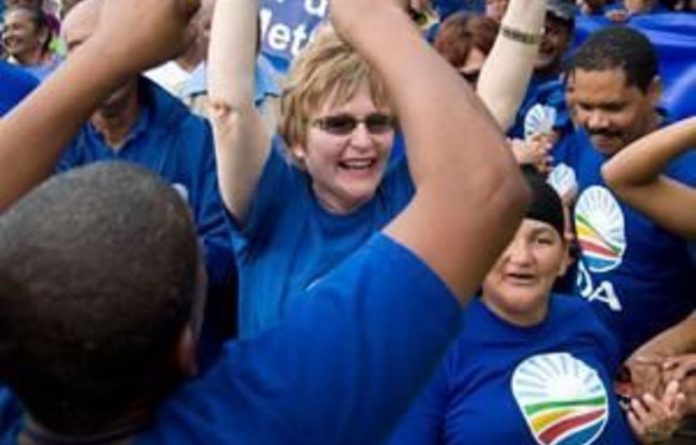 “One day, May 18 2011 will be regarded as a turning point for our democracy. It will be seen as the day that South Africa started to move beyond race, the day our democracy progressed to the next level,” said Zille at Frischgewaagd in the North West.

She said she chose Frischgewaagd to celebrate Youth Day because it was the first ward with no white voters where the DA won in the recent local government elections.

“We are celebrating June 16 here because this election result represents a watershed, not only for the DA or for Frischgewaagd, or even the North West — but for South Africa,” she said.

“Because we now live in a constitutional democracy, we do not need uprisings to bring change. We all have the power of the vote. And you, here in this far corner of this province, have used your power to bring the change you want to see.”

Voters in that ward fulfilled the vision of the 1976 marchers because they had used the rights that they had fought for.

“You are the pioneers of a trend that will gain momentum across our country.”

She paid tribute to DA councillor David Malo, who had been an ANC member and later joined the DA and went on to win his ward with 1006 votes against the ANC’s 960.

“It was the first time the DA had ever won a ward where there is not a single white, coloured or Indian voter — just black South Africans freely making a choice for the DA. The significance of this breakthrough should not be underestimated.”

She said the DA was not afraid of what Congress of SA Trade Unions’ general secretary Zwelinzima Vavi called the “predatory elite” and a politician called the “dangerous third generation” because there was a new cohort of leaders, rising through their ranks.

Mazibuko is the DA’s spokesperson, Mda was the youth leader for the Congress of the People (Cope) before returning to the ANC, Ntuli is the DA’s national youth chair and Gana is the DA’s Federal Youth leader.

“So, on this Youth Day, as we pay tribute to the young lions of the past, let us also celebrate a new generation of free-thinking South Africans. They are the young leaders of the future. They will take our struggle forward in the face of adversity, just as others did before them.”

In a separate address, Gana said the youth should make sure the message of the “unspeakable” and “chaotic” events of 1976 was not lost, by facing challenges and difficulties as leaders and being responsible for the future.

Youth Day marks June 16, 1976, the day school children marched in Soweto in protest over the apartheid government’s language policy and police opened fire on them.

The shootings sparked a series of events that many regard as a turning point towards the eventual dismantling of apartheid. — Sapa