Data for a better life 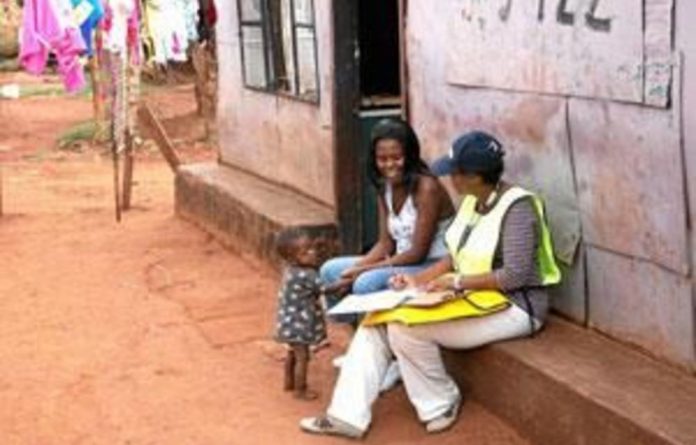 Kefiloe Masiteng, Deputy Director-General: Population and Social Statistics at Statistics South Africa (Stats SA), says that census data and the information derived from it is one of the most important data sets for a country in terms of addressing the basic needs of its people and focusing strategic attention on national policy objectives.

The information gathered also has a direct impact on South Africa’s economy. “It is clear that the first challenge is to understand employment and unemployment, and the dynamics regarding barriers to entry in the labour market,” she says. The census gives both education and employment levels of the population by small areas.

She adds: “Another area is the rate at which educational institutions feed into the labour market, and this consequently provides a basis to investigate the mismatch between skills and the demands of the economy.” The national census offers an understanding of population movements such as migration, social mobility and dynamics of poverty in South Africa.

Masiteng says that it provides a baseline context from which to understand and address problem areas and to monitor progress. During the census, the intention is to record the characteristics of all individuals within South Africa simultaneously and thus generate rich cross-sectional data. The data is then used to inform government policy making, planning, resource allocation and monitoring.

“The richness of information and its availability at small area resolution should really please both groups. With the diagnostics report from the commission, the stage is set for researchers to dig deep into the data and inform business, industry, labour and the public.”

Census statistics offer international agencies, such as the United Nations and the World Health Organization, a tool for monitoring and comparing progress in development across countries, and the information points to the most likely funding pressures. The data collected also provides a sampling frame for the surveys that informs public policy at far shorter time intervals than the five year interval of national censuses. These, in turn, provide further insights into demographic and socio-economic trends.

“Census 2011 will provide disaggregated data that delineates the characteristics of the population within small geographic areas and within small communities. This information is vital for planning for the unique needs of such areas and population groups. I am more interested in my village or suburb and the census will give me this,” says Masiteng.

Disaggregated refers to separating the information into component parts. Masiteng notes that, in Stats SA’s assessment, census statistics tend to be underused at the level of local government: “Perhaps Stats SA has to do a lot more to bring the information and its importance to their attention, particularly for planning and development.”

She adds further that the underuse may be due to a lack of skills concerning the ability to comprehend and internalise the data. “The insufficient use of statistics can be seen around resource allocation. Although the initial allocation comes from National Treasury, at municipal levels it seems to have become a competition for funds rather than planning,” she says. “The statistics are also not used sufficiently in service delivery provision.” It’s not just about lack of skills at municipal level.

Masiteng says that it is clear, from previous census data, that underserviced areas are outlined at national and provincial level but not so clearly at municipal level: “If you don’t understand the needs of target catchment areas, it is difficult to deliver the appropriate services and to monitor progress.” The national census provides a total count across South Africa and the intermittent surveys offer provincial coverage.

Stats SA has been working on improvements to disaggregate to lower levels than provincial coverage. Despite her concerns, Masiteng says that there has been an improvement in the use of the census statistics in the past 17 years and that the information is now reflected in a number of areas, including policy evaluation and processes.

“It’s about moving beyond throwing numbers at issues which then leads to uninformed decision making and is reactive. There is definitely an improved use of ‘contextualised’ numbers,” she says. The census questionnaire provides information on the sectors of the economy in which the population works, including the occupations they hold in these sectors.

The results then inform policy on how many people are employed in the various sectors: primary (agricultural and mining), secondary (manufacturing) and tertiary (transport, trade, finance and services). Changes in the profile of the population impacts on the country’s employment structure.

There have been significant transitions away from unskilled and semiskilled work in the primary and secondary sectors towards more highly skilled work in the tertiary sector and Census 2011 will shed further light on this front. Figures for major labour force concepts, such as employment and unemployment, are derived from the census data. A deeper understanding is then gained by using key variables such as age, education level, gender, race, occupation and industry group.

The potential labour force (all people between 15 and 65 years of age) is divided into economically and not economically active. The latter includes full-time homemakers, scholars or students, severely disabled people and people not actively looking for work, pensioners and retired people. These figures, together with the labour force survey (also done by Stats SA and which has more detailed questions), allow for the unemployment rate to be calculated.

The data also allows for an analysis of the racial and gender composition of the labour force in South Africa, including factoring in different occupational levels. This potentially reveals inequalities and the impact of employment equity laws and policies.

“The census data can shed light on the dimensions of the ongoing education challenges facing government in meeting the needs of the population, in ameliorating inequity and in facilitating economic growth,” says Masiteng. “It shows where there have been improvements and where there needs further development.”

Further information can be derived through cross-classification with other population variables supplied by Stats SA, such as province of residence, place of birth, marital status and monthly income. Stats SA has created a Census Handbook, available on the website www.statssa.gov.za, which provides detailed explanations of how to extract the above numbers.

“Demographics are the cornerstone of a census undertaking and are concerned with population size, distribution and structure (specifically gender and age groupings), as well as the processes (fertility, mortality and migration) that lead to demographic change,” says Masiteng. “Demographics looks at the structure of the population beyond mere numbers.”

Fertility and mortality are crucial factors in determining the demographic future of countries, such as population growth. “Infant and maternal mortality rates also give a sense of the reproductive state of population and the health status of the state, as well as the performance of the health sector,” says Masiteng.

Population changes have far-reaching effects on a country’s social organisation and the economic system. The census becomes critical and of national importance because it obtains demographic information from everyone in South Africa, unlike other sources such as surveys.

Areas such as the future size of the labour market, unemployment, job creation and poverty are intrinsically linked to demographic processes. Consequently demographic information forms the basis for all socioeconomic planning.

“Unfortunately, this link is often not obvious, and the analysis of various socioeconomic phenomena relevant to planning, decision making and development is frequently done in isolation of demographic processes,” says Masiteng. “A multi-sector approach is also encouraged as a lack of consideration of demographic variables in planning in one sector may have undesirable consequences in other sectors.”

While the 2001 census showed a large undercount (the number of people not counted) and this has had far-reaching implications on the credibility of the data, lessons have been learnt particularly with finding solutions to hard-to-access communities such as immigrants.