Face the facts — Syria is an apartheid state 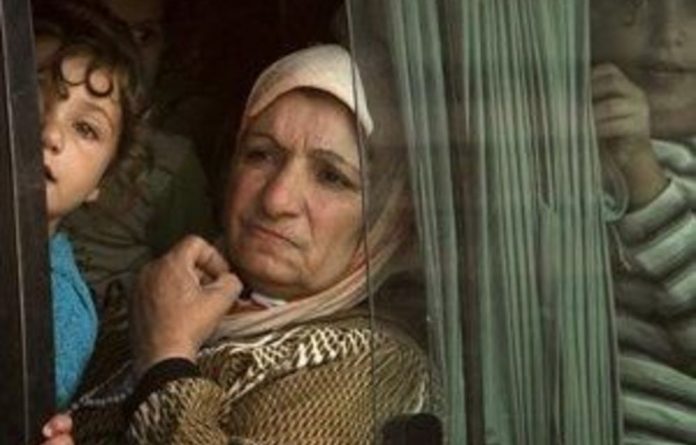 For a tyrant whose forces took 13-year-old Hamza Ali al-Khateeb, burned him, mutilated him, shattered his knee caps, cut off his penis and sent his corpse to his parents as a warning against participating in opposition politics, Bashar al-Assad receives remarkably forgiving treatment.

Barack Obama, who purports to be the free world’s leader, proved last week that he can speak his mind when he is confronted with behaviour he believes to be truly beyond the pale when he ordered Congressman Anthony Weiner to resign for tweeting pictures of his bulging briefs to a distressed American woman.

Despite his uncompromising stance on Weiner’s erect penis, Obama still cannot find it in himself to say that Al-Assad must also resign for the slightly more tasteless offence of castrating Syrian boys. The best Obama managed since the Arab Spring reached Syria in March was a speech on 19 May in which he directed his remarks to “President Assad” — granting the dictator an unearned title that no free election has given him a right to claim. “The Syrian people have shown their courage in demanding a transition to democracy,” said Obama. “President Assad now has a choice: he can lead that transition or get out of the way.”

No observer of the savage rule of the Al-Assad clan over the past 40 years should have doubted for a moment which of the options the regime would choose. There was never going to be a second’s hesitation. More tellingly, ever since it ignored Obama’s warning and confirmed that, rather than lead a “transition to democracy”, it preferred attacking the civilian population of Jisr al-Shughour, gang-raping the wives of its opponents and ordering snipers to pick off demonstrators, the US president, the European Union, Turkey and the Gulf states have failed to turn to the democratic elements in the Syrian opposition instead.

Contrast the neglect of the Syrian opposition with the international community’s attitudes to the Tunisian revolution, where Ben Ali’s protectors in the Elysée Palace were shamed into abandoning him by the protesters on the streets, or to Mubarak, a brutal Western ally, whom Obama nevertheless dropped, or to the need for military intervention against the Gaddafi despotism, which, for all its crimes against the Libyan people, was no longer a hostile foreign power. Syria’s Ba’athists have already killed more civilians than the Egyptian and Tunisian forces combined and yet they are tolerated.

The scale of the oppression in Syria helps explain Western indifference. The Ba’ath party keeps the media out and what the press does not see the world does not care about. Hozan Ibrahim, a former political prisoner who is a spokesperson for the committee coordinating revolutionary protest, tells me that we should not only think about the past four months of oppression but the past four decades: “It’s not been so easy to get ourselves organised after that.”

Yet, almost miraculously, they are organising and to good effect. At a conference in the Turkish seaside resort of Antalya, the various strands of the opposition came together to agree on a programme that was multiracial — Syria’s persecuted Kurdish minority was well represented; liberal — they pledged to fight for free elections, a free press and an independent judiciary; and anti-sectarian.

Token sanctions
The last is not the smallest of the opposition’s achievements. The ranks of the national initiative for change include Islamists from the Muslim Brotherhood, although, thankfully, they are in a minority. Its more secular leaders have so far rejected the temptation to turn the revolution into a communalist war.

The UN will never tell you this, but Syria is an apartheid-style state. Members of Assad’s Alawite sect make up only 14% of the population, but they control government, much of business and all the forces of coercion. Even the underworld is segregated on confessional lines. The shabbiha crime gangs that run the prostitution and smuggling rackets, and whose members the Al-Assads are letting loose on the civilian population, are Alawite mafias.

I hope that liberals of my generation who beat their chests as they protested against racial apartheid in Southern Africa will soon feel as outraged by religious apartheid in the Middle East. The Syrian opposition has as much right to our support as the African National Congress did because it has not targeted Alawites because of their religion. Indeed, it places its hopes on the Alawite-led army mutinying.

Nor does it want Western military intervention. In a discussion of the opposition’s needs, the pro-democracy thinktank, the Henry Jackson Society, emphasised the modesty of the dissidents’ requests. They need encrypted laptops and satellite phones and sim cards to circumvent the regime’s media blackouts and so continue the documentation of atrocities, and support from western intelligence services as they seek to persuade sympathetic Syrian army officers to switch sides.

To date, little beyond token sanctions has been forthcoming. Western governments remain lost in the delusion that Assad is a potential reformer rather than an actual monster, on the sole grounds, as far as I can see, that he was once a student in London and that the drooling toadies of Vogue magazine hailed his glamorous wife as “the freshest and most magnetic of first ladies”. They still cannot see him as an enemy.

The Obama administration in particular has fallen for the regime’s line that the Ba’athists can wreck the Middle East peace process, and unleash Hezbollah in Lebanon and “insurgents” in Iraq. Like cops who protect crime bosses because “at least they keep order on the streets and only kill their own”, the West thinks that the Ba’ath is better than the alternative. Our leaders do not pause to consider that Syria has already partitioned Lebanon and funnelled mass murderers into Iraq. As for the alleged “peace process” — Likud and Hamas are more than capable of killing that on their own.

A Syrian refugee in Britain called Ausama Monajed produces the invaluable daily briefing Syrian Revolution News Round-ups. He concluded one recent post by saying: “We are not fighting against the Assads alone, we’re fighting against their main backers as well: not Iran, Hezbollah, Russia or China, but the gods of indifference, cynicism and senility. Heaven help us.”

Until world opinion can see the absurdity of firing politicians for posting pictures of their dicks on the internet, but not for committing crimes against humanity, an indifferent heaven is all these people can appeal to. – guardian.co.uk