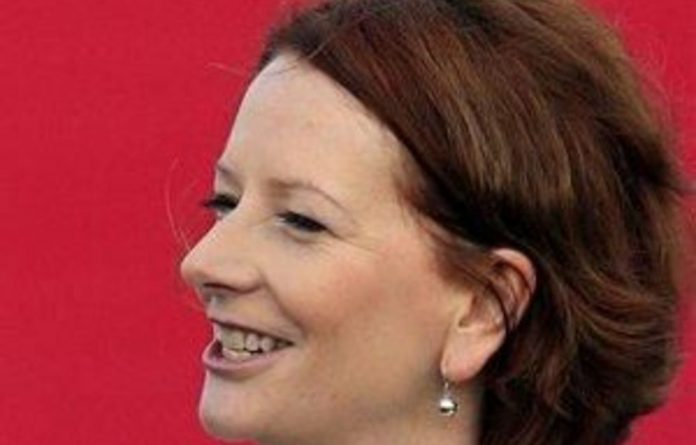 The enthusiasm that greeted Gillard on a crisp June day last year has all but evaporated, with barely one in four (27%) Australians now prepared to vote for her, according to a new poll — the worst for any major federal political party in almost four decades.

With a majority of just one in the hung Parliament and Gillard having to rely on the support of three independents and a Greens MP to govern, a single by-election could spell disaster for her.

With her personal approval rating collapsing (nearly 60% of those polled disapprove of her), Kevin Rudd is now the preferred Labour leader by a margin of two to one.

Gillard has urged her colleagues to hold their nerve, suggesting that, unlike Rudd a year ago, she has a strategy to get things back on track.

“We’ve got a plan which we are working through to deliver, which we did not have at the start of my prime ministership,” she told the Sydney Morning Herald newspaper.

Gillard used a newspaper interview to publicly attack the Rudd, in a move some analysts say is proof she is feeling her job is under threat.

Gillard told News Corp newspapers her centre-left party “lost a sense of purpose and plan for the future” under Rudd.

“We didn’t have a clear plan as to how we were going to deal with a set of difficult questions or a clear plan generally about where the government was driving toward,” she said. “What I’ve done as prime minister is inject that sense of clarity of purpose.”

Nick Economou, a Monash University political scientist, said Gillard’s comments were evidence that her colleagues are considering replacing her. “They’re gone unless something absolutely spectacular happens,” Economou said of the government’s prospects at the 2013 elections.

“Whether bringing back Rudd is that spectacular thing, I don’t think it would be,” he said. “But there’s still two years to go until the next election and anything is possible and they have to do something because if they don’t, they’ll be absolutely wiped out.”

Gillard’s woes began in February when she announced plans for a carbon tax, having expressly ruled one out just days before last year’s election.

“I was determined to get the hard, big things done early so people had the benefits of seeing those reforms in action — not just contemplation,” Gillard told the Herald.

But the conservative opposition branded her a liar and her backflip on the tax rang alarm bells amongst the electorate. Support for her carbon tax has dropped from 46 to 38%.

The hung Parliament has meant negotiations on the reform have been protracted. Powerful vested interests in Australia’s mineral and resources export industries, the bedrock of the economy, have also rallied against the tax.

Rudd, now foreign minister, has meanwhile told a major newspaper that his unceremonious dumping last year had led him to a “genuinely soul-searching experience”. He said: “At the start, you’re a bit too bruised to reflect intelligently — that’s being human. For me, it’s been good to open up discussion of what went right and what went wrong.”

His continued presence on the front bench — and the fact that Gillard’s approval ratings are now lower than his when he was ousted — is likely to continue to fuel speculation, however unlikely, about a Rudd comeback. – guardian.co.uk

They took time, but the International Olympic Committee have finally done the responsible thing and postponed Tokyo 2020
Read more
Advertising