Tsvangirai accused of being a security threat 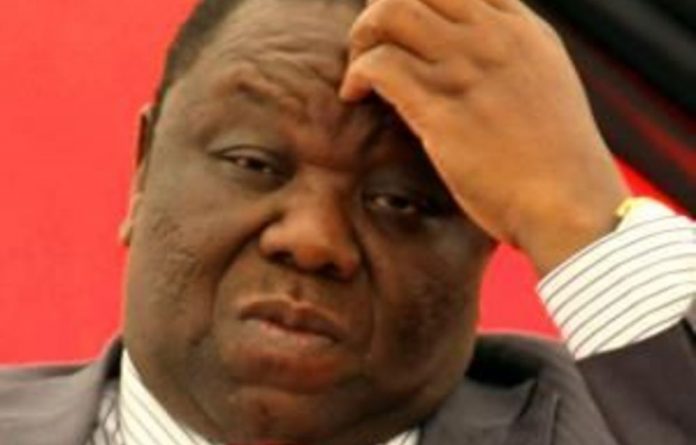 A top army officer and close ally of veteran Zimbabwean President Robert Mugabe has accused Prime Minister Morgan Tsvangirai of being a national security threat and a lackey of Western powers, media reported on Thursday.

“Tsvangirai doesn’t pose a political threat in any way in Zimbabwe, but is a major security threat,” the state-owned Herald newspaper quoted Brigadier General Douglas Nyikayaramba as saying.

“He takes instructions from foreigners who seek to effect illegal regime change in Zimbabwe.

“This is what has invited the security forces to be involved because we want to protect our national security interests.”

Nyikayaramba’s comments come after Tsvangirai urged army generals at a rally on Sunday to resign and run for political office instead of making intimidating statements.

“We are dealing with a national security threat, which can only be dealt with by people in uniform,” he said. “If it was a normal political environment, one would hope to retire at some point and join politics.

“However, we can’t afford to be akimbo when there is this foreign attack.”

Nyikayaramba was earlier this week removed from the country’s constitution-making body after he called for President Mugabe to remain in office for life.

‘President Mugabe will only leave office if he sees it fit or dies’
He was taken off the troubled programme after Mugabe’s rivals complained that the military should not be involved in the process.

Nyikayaramba repeated his statements that Mugabe should remain in office for life, saying the country cannot afford to replace a leader in the middle of a struggle.

“President Mugabe will only leave office if he sees it fit or dies,” he said.

“No one should be talking about his departure at the moment. He sacrificed a lot for this country … We will die for him to make sure he remains in power. We are prepared to stand by our commander-in-chief.”

Since the formation of Tsvangirai’s Movement for Democratic Change in 1999, President Mugabe and his Zanu-PF party have repeatedly attacked the party as a creation of Western powers. — Sapa-AFP