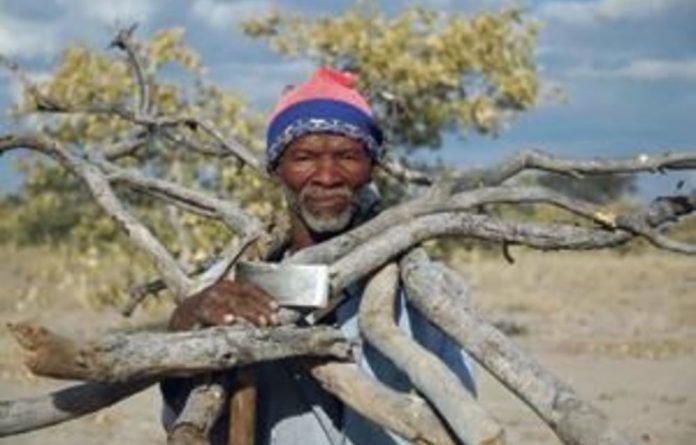 Botswana’s Bushmen plan to boycott the country’s upcoming census in protest at the government’s refusal to provide them with a polling station during the last election, a spokesperson said on Monday.

Jumanda Gakelebone, spokesperson for the Bushmen living in the Central Kalahari Game Reserve (CKGR), said they were still bitter at their exclusion from the 2009 elections.

“This showed that the government does not recognise us as a people. So why count us? They should count their own people and leave us alone,” he said.

Bushmen “have suffered a lot at the hands of this government, and there is no way they are going to cooperate with them in anything”, he said.

“Since they don’t want to provide services in the CKGR including water and hospitals, they should just stay away and not impose services which will not benefit us in any way,” he added.

In 2002, the state evicted members of the group from their ancestral lands in the arid Central Kalahari Game Reserve and closed a borehole that was their only source of water.

A long legal battle ensued, which allowed the Bushmen to return to their lands. A new borehole is set to be drilled in July.

Botswana’s government argues that it can only provide services to people living in formal settlements, not inside the park. The forced relocation was a government effort to make the Bushmen live in established villages.

About 100 000 Bushmen remain in southern Africa, spread across Botswana, Namibia and South Africa. The majority are poor and excluded from government welfare services. — Sapa-AFP